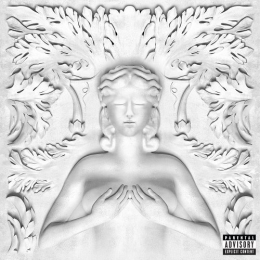 When Kanye West burst onto the rap scene in 2004 with the hit single “Jesus Walks,” his record label, G.O.O.D. Music (which stands for “getting out our dreams”), was already in the making. Eight years and 18 Grammy awards later, West has surrounded himself with the most impressive group of hip-hop artists in the industry, and their debut compilation album, Cruel Summer, shines while invoking the same religious lyrical theme that carried West into the limelight.

Released Sept. 18, Cruel Summer (the misnomer in the title is due to a pushed-back release date) continues the eclectic evolution of West’s sound. Although almost all the songs feature collaborations between G.O.O.D. labelmatesand guest rappers, the effort is orchestrated by West.Cruel Summer is a medley of West and his disciples — everyone participates,  but there’s no question who’s running the show.

Rap groups have made a remarkable resurgence lately, with Rick Ross’ Maybach Music Group and Lil Wayne’s Young Money vying with G.O.O.D. Music for the No. 1 spot. Yet unlike its competitors, West’s ensemble balances fresh faces like Big Sean and 2 Chainz with industry veterans ranging from Common and Pusha T to John Legend and Kid Cudi. Their versatility shows, as the album offers a level of musicianship and depth atypical of collaborative rap projects.

Cruel Summer is edgy and intense — it would be too dark if not for melodies like John Legend andTeyana Taylor’s “Bliss” or the more energetic club bangers “Clique” and “Mercy.” Compilations often lack the care given to solo albums, yet Cruel Summer, despite having just 12 tracks, was not rushed. West is a notorious perfectionist, and he holds his label to that standard, too.

Rap compilations have a stigma for being disjointed and radio-hit hopeful, and on the surface, Cruel Summer makes all these mistakes: thematically broad and filled with a crowded group of collaborators who fight line by line to out-rhyme each other.  Singles such as “Cold” and “I Don’t Like” fit the mold of mainstream monotony, but the album’s other songs offer a seductive and substantive message that gives Cruel Summer a shelf life far beyond the Top 40.

If West has been accused in the past of having a God complex, there’s no questioning the accuracy of that description now — nearly every song on which West appears makes some comparison between him and God. From appointing himself “the god of rap” in the opening track “To the World” to proclaiming on “The Morning” that “G.O.O.D. would’ve been God except I added more O’s,” West’s references could be viewed as taking his legendary ego to new heights. Yet in the slower and more soulful “The One,” West raps, “It’s hard preachin’ the gospel to the slums lately / so I had to put the church on the drums, baby.” Maybe there’s more to West’s words than boastfulness: Maybe he appreciates his influence enough to see musical popularity as more like a pulpit.

Sure, many verses on Cruel Summer are filled with vacuous materialism or sleazy sexuality: “All my broads is foreign / money tall like Jordan” 2 Chainz raps on “Mercy.” But that’s understandable; given the extravagance of their lifestyles. Cruel Summer is G.O.O.D. Music’s honest and introspective look at where they are in the rap game, and their performance here confirms it: on top.