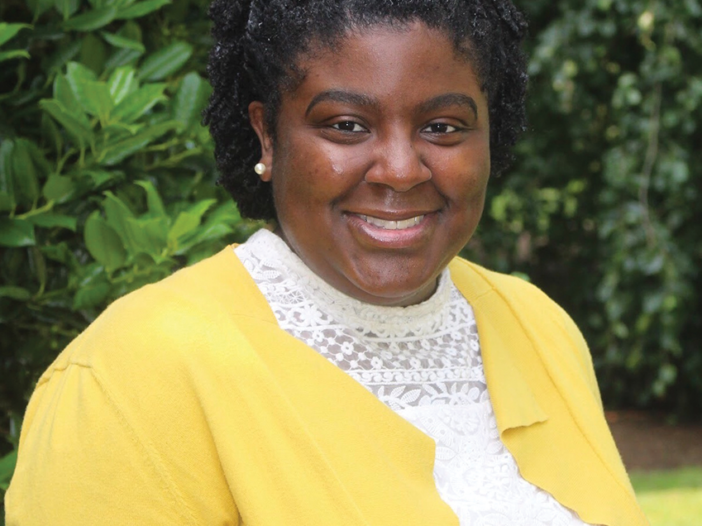 When Whitney Maddox (GRD ’11, ’19) was not leading seminars about race and prejudice with new graduate students, hosting events for the Georgetown University Center for Social Justice Research, Teaching and Service, or organizing student immersion trips to Jamaica, she could be found engaging with Georgetown students.

After over a decade at Georgetown, Maddox has left the university to serve as the diversity, equity and inclusion manager at NPR, beginning Feb. 1. Maddox was selected from a group of 499 other candidates and will now be involved in running workshops across the country and engaging with employees at NPR on a personal level, according to a Jan. 8 announcement from Keith Woods, chief diversity officer at NPR.

Maddox served as the assistant director for leadership development and racial justice initiatives at the CSJ since 2017. She also received two graduate degrees from the university. Her experiences with students at Georgetown exemplified the power of conversation when working toward goals of diversity, equity and inclusion, Maddox wrote in an email to The Hoya.

“As I reflect on having been at Georgetown for over a decade, nothing has filled my cup like my time getting to know students,” Maddox wrote. “My time at Georgetown has solidified my belief that the work of DEI does not work without spending intentional time caring, listening, immersing and advocating with and for others.”

At NPR, Maddox is most looking forward to listening to the stories and experiences of  perspectives that have previously gone unheard.

“I believe it is impossible to do the work of diversity, equity and inclusion without centering the voices, needs and realities of the people within the organization, and in particular those who have been historically marginalized in society,” Maddox wrote.

Maddox also worked with student groups at Georgetown, including the Advisory Board of Student Organizations, a group of students and faculty who oversee and facilitate the allocation of resources to student-run social justice and service activities.

Brianna Rodgers (COL ’22), a student chair of ABSO, worked alongside Maddox over the past two years and was influenced by her energy and care.

“She would serve as my adviser for some of the groups that I would have to advise, and we would have meetings, and the meetings would end, and then Whitney and I would sit and talk for 10 to 20 minutes,” Rodgers said in a phone interview with The Hoya. “Not only talk about how it went but also catch up about how things were going in my life as well as her own life.”

In an environment where Black voices are silenced, Maddox created a space where Black students could feel inspired and empowered to express themselves, according to Rodgers.

“A general thing that most Black people have to do, specifically Black women, when we enter a space where there aren’t a majority of other Black people, we’re expected to, like, tone it down,” Rodgers said. “We’re expected to exude a level of professionalism that means that we have to sacrifice what personality we do have. I never felt the need to because she never felt the need to.”

Maddox made students feel at ease while giving them opportunities to challenge themselves, according to Rachel Newman (NHS ’22), who worked with Maddox at the CSJ.

“She wanted to help people, and so she constantly was giving people responsibilities and believing in them to be able to accomplish them and celebrating people’s successes,” Newman said in a phone interview with The Hoya. “I think that the environment that was created was one that I’ll remember and cherish forever.”

Maddox hopes her legacy at Georgetown will be one that reminds students there is unique beauty in their identities and selves, she wrote.

“To the Black, Indigenous and People of Color at Georgetown, you belong here,” Maddox wrote. “There are times over and over when we question if Georgetown is a place where we can be ourselves and flourish, and I understand why that question might come. But, had you not shared with me your realness, your joy and your struggle — I would not be leaving Georgetown with the boldness that I have. You made my voice loud and gave me so much to say. Be you, because I promise, you are the soul of Georgetown.”