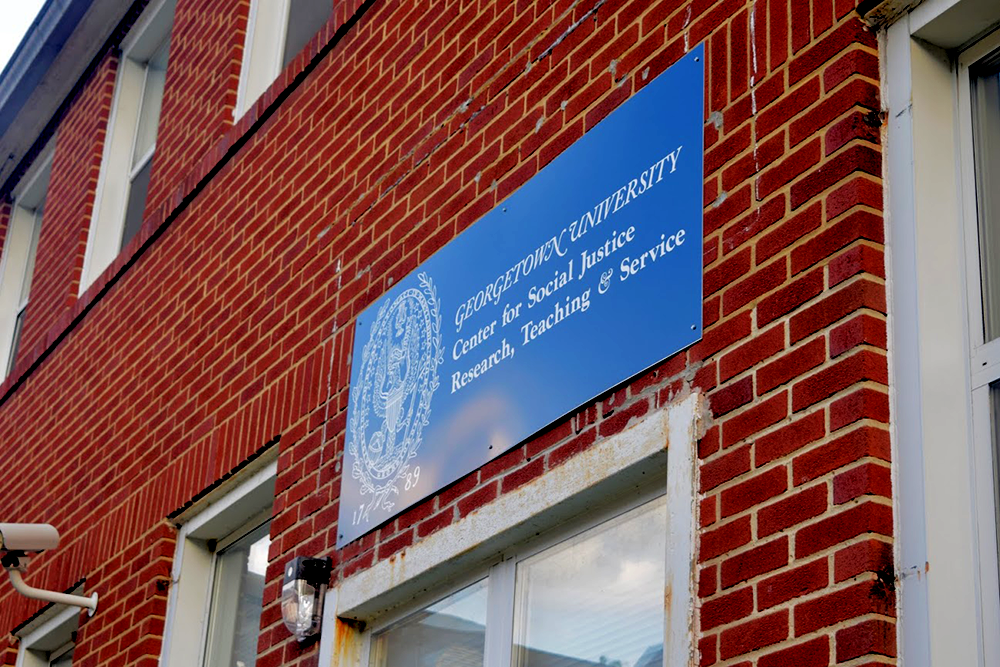 Extensive renovations to the Center for Social Justice Research, Teaching and Service’s home in Poulton Hall will be completed in October, providing expanded space for CSJ programs and staff.

Once limited to a central room with offices lining its perimeter, the addition will add meeting rooms and offices for both the CSJ and justice and peace studies faculty, who will now have dedicated office space, according to CSJ Associate Director Ray Shiu. The building’s former UPS store, which closed in 2017 and faced 37th Street, will be fully incorporated into the building. The ribbon cutting ceremony Oct. 25 will be during the CSJ’s Education for Liberation Week, marking the developments and challenges in the field.

The CSJ is a collection of education, research and service programs intended to further social justice in the community. Founded in 2001, it was originally located in St. Mary’s Hall. The CSJ moved to Poulton Hall not long after its creation, and although minor updates have been made in the years since, the current construction is the first major renovation, Shiu wrote in an email. Shiu estimated that the construction will be completed by early October.

The CSJ’s Executive Director, Andria Wisler, worked with several university departments throughout her tenure to develop a design to meet CSJ’s faculty, staff and student needs with this renovation.

“CSJ will have a new front door opening onto 37th Street, and will serve as a visible symbol of our University’s commitment to social justice and the common good,” Wisler wrote in an email. “This is a commitment that CSJ enacts every day.”

Students who work with the CSJ’s programs, which includes over 1,800 students per semester, study, tutor and hold meetings in the space. Joey Fernandez (SFS ’20), a DC Schools Project coordinator, wrote in a message to The Hoya that the building provides necessary working space.

“Poulton Hall and the CSJ is an amazing space that provides student leaders the freedom to organize and develop programs for the local D.C. community,” Fernandez wrote. “My favorite use for the space is when we bring local elementary and middle school students for free tutoring services.”

“It is going to be great to have more space to be able to work with your own program and then also be in community with other CSJ programs that we don’t really get to interact on the daily with,” Membreno said.

Despite the ongoing construction in the CSJ building, students and staff have not been impacted by the renovations, according to Membreno.

“They are still working on building the back — where the UPS was — so a lot of stuff has shifted around and you can hear the construction,” Membreno said. “But I will say this, the first time I walked into the CSJ when this semester started, I had no idea the construction was even going on.”

In recent years, Georgetown has funded the renovation of common spaces across campus, including Sellinger Lounge, Cooper Field and O’Donovan Hall. The university’s funding of the CSJ renovations affirms the social justice work that the CSJ with dozens of community partners and hundreds of Washington, D.C. families each week, according to Membreno.

“We’ve seen so many other spaces on campus be renovated, and it is good to know that a center that dedicated itself to social justice and being about the larger D.C. community is also given attention,” Membreno said.