Like most people these past few months, I have spent an unconscionable amount of time on social media. While TikTok has usurped a lot of my screen time, good old-fashioned memes continue to capture my attention on Instagram, Twitter, Reddit and more.

The meme-mill has churned out memorable content during quarantine — from the clever rearrangements of the “Gossip Girl” logo earlier this year to the current Robert Pattinson meme in which the actor resembles a high school stoner more than the brooding vampire he is famous for portraying. All these memes and my perpetual nostalgia for the 2000s have me wondering what pop culture would have been like if social media was around to the extent it is now during that illustrious time period.

Social media completely changed the game when it comes to how we find out about and discuss pop culture scandals. Back then, gossip blogs and email chains were the typical methods of disseminating all the latest Hollywood gossip. Memes, as we know them, were years away from conception, and instead of scandals being joked into the ground within a span of hours online, they lingered, continuing to be debated on “Entertainment Tonight” or Perez Hilton’s blog for weeks.

I thought it might be fun to adapt some of the now-forgotten scandals of the early 2000s as if social media had existed during the era. How might these gossip cesspools be translated into modern-day meme language? 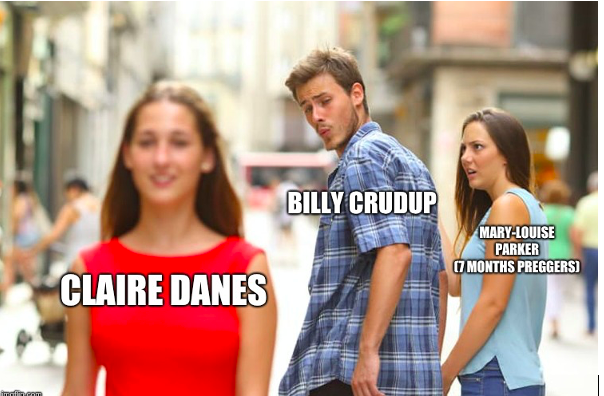 The wildly popular “Distracted Boyfriend” meme of the last few years is very adaptable to many love triangles of the 2000s. Brad Pitt/Jennifer Aniston/Angelina Jolie is too obvious, though now timely after the Screen Actors Guild Awards reunion, but this long-forgotten scandal in which Billy Crudup — now of “The Morning Show” fame — left a very pregnant Mary-Louise Parker for Claire Danes after meeting on the set of “Stage Beauty” in 2003 packs a juicier punch. This shocking scandal is rarely talked about nowadays, maybe because the three main players have largely stayed out of the tabloid spotlight even though all still continue to act in popular projects. 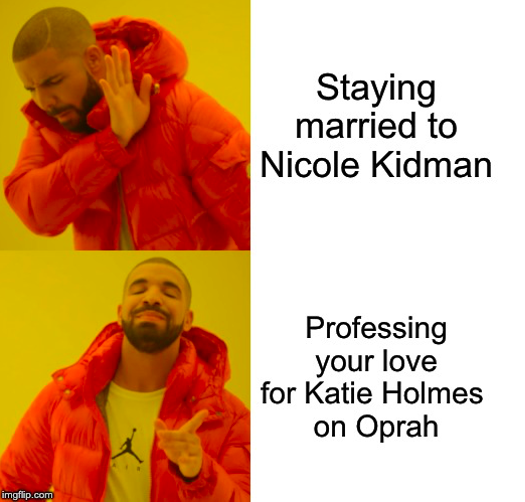 Tom Cruise has thus far avoided becoming a meme that overshadows his celebrity — see Jeff Goldblum for reference. His celebrity status, of course, has faded dramatically, at least until yet another “Mission Impossible” movie is churned out during the holidays. In the early aughts, however, his personal life dominated headlines. This attention was epitomized by the now infamous couch jump on “The Oprah Winfrey Show” when Cruise gleefully proclaimed, “I’m in love!” That moment was cheesier and faker than anything ever broadcast by Hallmark. This totally-not-calculated profession of love was directed to none other than former “Dawson’s Creek” starlet Katie Holmes, whom Cruise later divorced.

If the couch jump had happened in, say, 2016, no doubt the ubiquitous “Drake Hotline Bling” meme would have been used endlessly, along with other zings. I dare to say, however, that the couch jump would not have been as enduringly infamous had it happened a decade later, due to the oversaturation of the television market and thus fewer people collectively watching a talk show. The rapidly churning media cycle would also have moved on within a week, tops, after a barrage of memes quickly made the event unfunny — not unlike the failures of many of Cruise’s attempts at comedy in film. 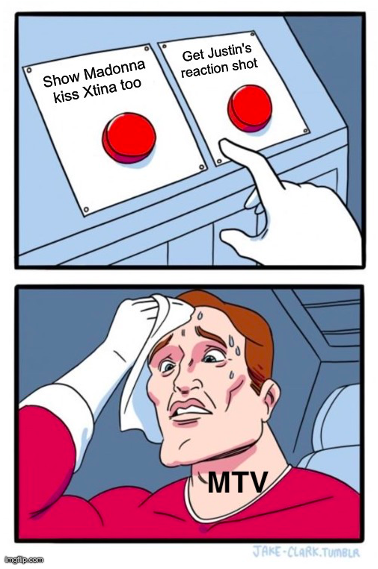 The denim-clad relationship of Britney Spears and Justin Timberlake was famously thrust into the spotlight at the 2003 MTV VMAs when — after a matrimony-themed performance featuring Spears, Madonna and Spears’s archrival Christina Aguilera — Madonna planted a kiss on Spears for the world to collectively gasp over. Controversially, as Madonna then turned to the patiently waiting Aguilera for her kiss, the camera chose to pan to Timberlake’s reaction shot: a mix of icy stoicism and confusion. The world lost its mind at the reaction shot, and Aguilera was furious her moment was overshadowed by the dynamic between those former flames. It’s likely that moment would still pack a punch in today’s world, since all four figures are still in the public consciousness and, let’s face it, we love analyzing exes’ interactions in public. Thus, the “sweating over two buttons” meme format works perfectly for this behemoth of a pop culture moment.

What other stories of yore would have been perfect fits for today’s meme culture? Perhaps disrupt your quarantine malaise — way easier said than done — and let me know your thoughts!

Parker Strubhar is a graduate student in the Graduate School of Arts & Sciences. Current Nostalgia will appear online every other week.