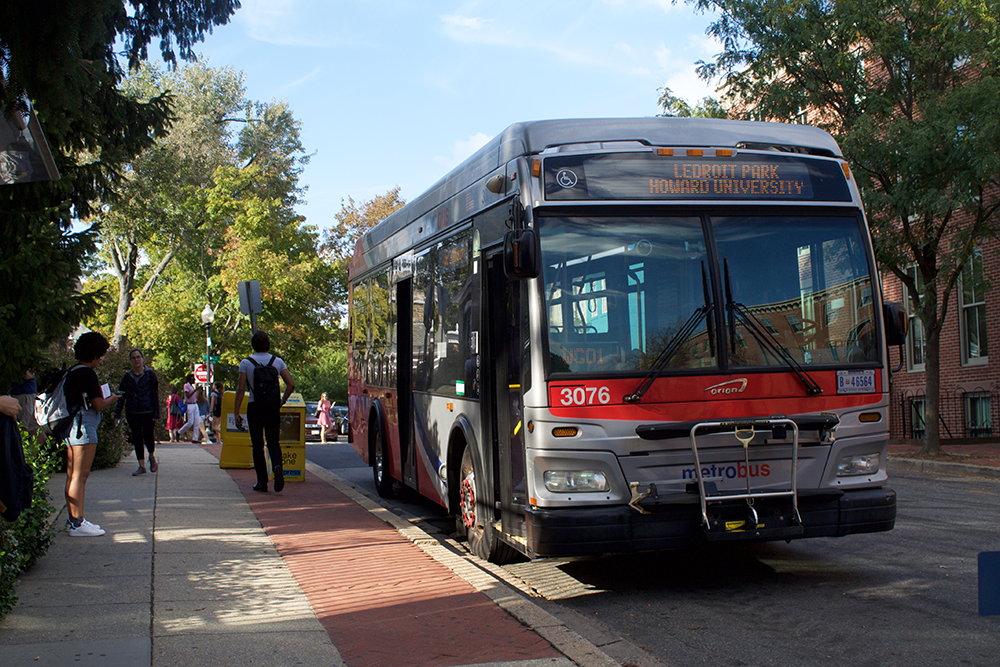 The D.C. Circulator system of public buses is free of charge for all riders between Jan. 28 and Feb. 28 as part of Washington, D.C., Mayor Muriel Bowser’s (D) “#FairShotFebruary” initiative.

The Circulator is a six-line system of buses that connect major tourist, business and cultural attractions in D.C. and Rosslyn, Va. Ordinarily, trips cost a flat $1 fare. Making the Circulator free is a way to increase economic opportunity for D.C. residents, according to Bowser.

“We’re kicking off Fair Shot February by making it easier for Washingtonians to get where they need to go and connect to opportunities across DC,” Bowser wrote in a Jan. 25 news release. “A free Circulator is one way we can use our resources to break down barriers to opportunity.”

Fair Shot February is a campaign launched by the mayor’s office to improve access to city services for working class D.C. residents. Fair Shot February comes on the heels of Mayor Bowser’s October investments in infrastructure and affordable housing among other public services as part of her Fair Shot budget, which she introduced in March 2018.

Though the initiative will ease transportation costs for riders, the campaign could have been better publicized, Grace Ring (COL ’21) wrote in an email to The Hoya.

“I love the Circulator because it is cheap, easy and fast but there was not a lot of advertising so I did not pick up that it was free for the whole month,” Ring wrote.

With no Metro stops, Georgetown has a limited selection of public transportation options for its residents. The Circulator, as well as the city bus, provides Georgetown residents access into Washington, D.C. When the District officially began plans for the Metro in the early 1960s, a proposed Georgetown stop was left on the drawing board due to opposition from residents as well as concerns with the feasibility of construction.

The free ride program roughly coincides with similar efforts from Maryland’s MARC commuter rail and Montgomery County’s Ride On shuttle system, both of which became free to ride for government workers during the 35-day government shutdown last December and January, according to The Washington Post.

The cost of the program has not yet been determined by the Mayor’s office, and funding sources remain unclear. These details are likely to be clarified when the city finalizes its new budget later this year, according to the news release.

The campaign also includes a series of budget engagement forums. These forums will give Washingtonians an opportunity to voice their opinions about D.C.’s municipal budget before it is finalized, according to the news release.

As part of Fair Shot February, the city has also announced a $100,000 grant to assist District residents seeking to apply for citizenship. In partnership with the National Immigration Forum, the program will provide up to $725 to workers in both the government and private sector who are seeking U.S. citizenship.

The money would help offset the costs from application fees, English classes and legal counsel, which can often be a cost burden for prospective immigrants, according to a Feb. 4 news release.

The fund enables immigrants to pursue citizenship while providing advantages for the city as well, according to Ali Noorani, executive director of the National Immigration Forum.

“This fund will help new Americans reach their full potential as U.S. citizens, and all District residents will benefit because of its positive effects on the community and economy,” Noorani said in the news release. “We are proud to partner with Mayor Bowser on this initiative that’s a win-win for Washington, D.C., businesses and employees alike.”