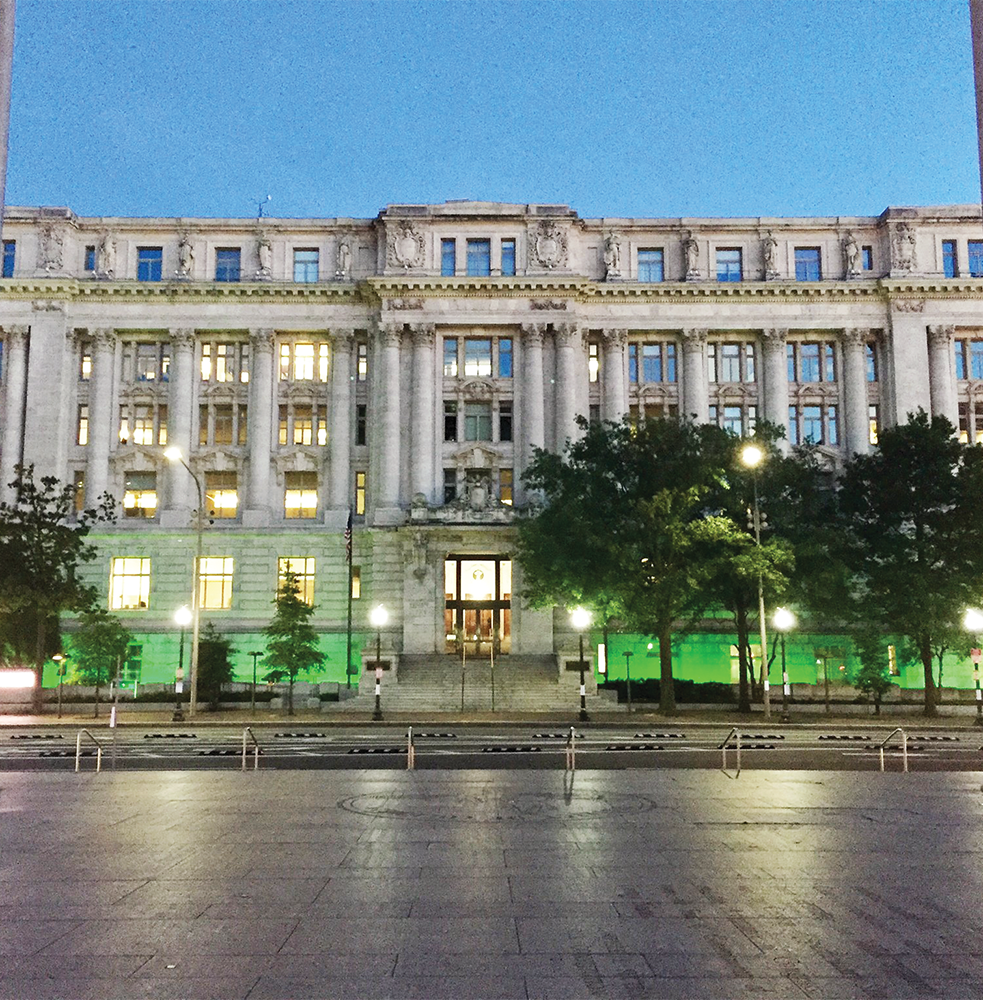 Washington, D.C. residents can cast a vote for candidates for two vacant Councilmember At Large seats Nov. 3, as the city prepares safe alternatives to in-person voting.

This year, 23 at-large candidates are campaigning to fill one of two vacancies on the D.C. Council. Virtual debates held Sept. 29 and 30 provided space for candidates to discuss their platforms and perspectives on topics such as police reform and the current Council budget deficit.

For candidates and voters alike, racial equity and COVID-19 relief take precedence in this election.

The pandemic has exacerbated previously existing systemic racism, according to Mónica Palacio (LAW ’93), who is hoping to be the first Latina to win an at-large seat. Her priority, if elected, would be funding racial equity programs.

“I had someone last night ask me, ‘what’s your first priority when you get elected?’” Palacio said in a phone interview with The Hoya. “For me, it would be funding an initiative that has already been passed by the Council, which is the Racial Equity Achieves Results law. That means that we require the government to place a racial equity lens on all our priorities.”

Commercial improvements to the District have come at the cost of communities of color, according to Ed Lazere, another candidate in the race for an at-large position. Lazere also aims to put racial justice and equity at the heart of the Council’s agenda.

“It’s a shame that our prosperity has come at the price of rising homelessness and pushing Black and brown people out of the city,” Lazere said in a phone interview with The Hoya. “As a prosperous and caring city, we can do much better.”

Facilitating generational wealth by investing more in city programs such as DC Open Doors, which provides down payment assistance to house hunters, and the Home Purchase Assistance Program, which provides loans and financial assistance as well, is a key pillar of candidate Marcus Goodwin’s platform.

“When I talk about education,” Goodwin said in a phone interview, “I really want to bridge the educational attainment gap between white students and their Black and Latino peers who are graduating and matriculating to college at a much lower rate.”

Comprehensive pandemic recovery is also a major challenge facing the District and the Council, according to Lazere.

“It’s got to be how do we come out of this pandemic without setting our community and economy any further back than it has to be?” Lazere said. “What do we do to get our children back to school quickly, what do we do to prevent residents from being evicted and what do we do to protect our small businesses?”

Traditional get-out-the-vote efforts have become unsafe, so candidates have taken to social media to canvas voters. Palacio said she has used sites such as Facebook to compensate for the lack of face-to-face interaction.

“I expected to talk to thousands and thousands of people, and it hasn’t been like that at all,” Palacio said.

To address the pandemic’s ramifications, Lazere has called for a permanent ban on evictions for those who were financially disadvantaged by the pandemic.

“It would be a public policy and moral failure if we let residents lose their homes because they lost their jobs through no fault of their own,” Lazere said.

In response to the pandemic, D.C. implemented the Vote Safe DC initiative, to send all registered voters a ballot at their home address without them needing to request one. Voter registration before the Nov. 3 election in D.C. closes on Oct. 13.

Delivering ballots is only half the battle when some residents have never voted by mail, according to Goodwin.

“People have ballots and don’t know how to use them,” Goodwin said. “That’s a problem, and the drop boxes aren’t ready yet.”

D.C. opened its mail-in ballot drop boxes Oct. 5, which will be available through 8 p.m. on Election Day. Voters also have the option to vote early in person. These facilities will open Oct. 27 and will close Nov. 2.