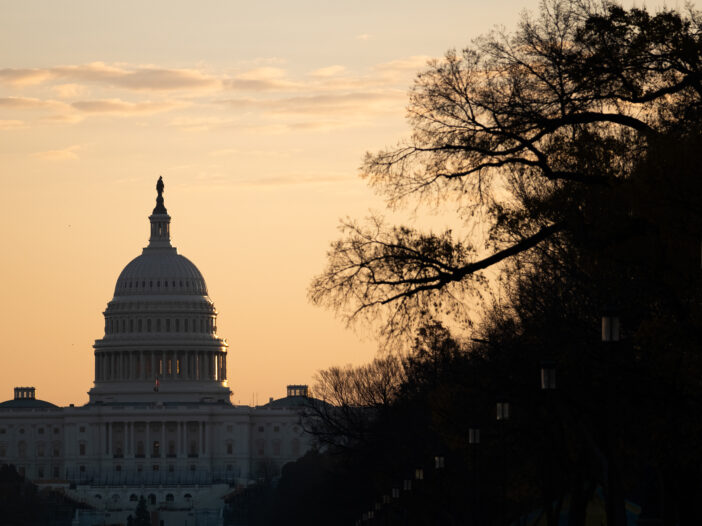 Local criminal justice advocacy groups announced the publication of a Black-led legislative agenda to address safety and equality throughout Washington, D.C. on Feb. 25.

The legislative agenda — titled Solutions for a #SafeAndFreeDC — includes 18 bills, some of which are currently under review by the D.C. Council. Groups published the report in a response to what they say is the failure of District leadership to act on policing and public safety reform demands in the wake of Black Lives Matter protests in 2020.

“Despite being ranked one of the most progressive jurisdictions in America, the District of Columbia has one of the biggest, Blackest, and most expensive criminal legal systems anywhere,” the agenda reads. “Although huge numbers of Black people have been forced out of the city through gentrification, nearly all of the people convicted and jailed here are Black.”

D.C. Justice Lab, Harriet’s Wildest Dreams and the National Reentry Network for Returning Citizens — all local nonprofits advocating for prison reform and leading efforts against oppressive systems — led a Feb. 25 virtual press conference to announce the agenda. They were joined by 10 other organizations and another eight signatory organizations.

Bethany Young, deputy director of D.C. Justice Lab; Tony Lewis Jr., founder of DC or Nothing Inc.; and Ty Hobson-Powell, founder and director of policy at Concerned Citizens of DC led the conversation at the event, where they emphasized a sense of urgency behind the passage of the agenda given recent instances of police brutality in the wake of Black Lives Matter protests in 2020.

The agenda is evidence-based and created directly in response to community needs and goals, according to Young.

“Solutions for a Safe and Free D.C. is a living document that will be updated in real time with additional signatories and council positions,” Young said at the event. “It is not a vague list of demands or recommendations. It sets forth specific legislative action that the Council can take now.”

The District assembled three working groups over the past several years to make recommendations on public safety solutions, and their work served as a framework for the legislation the agenda proposes, Young said.

When asked about a legislative timeline for the passage of the bills, Young said he hopes to see action as soon as possible.

“We want the Council to act now, or yesterday, actually,” Young said. “We’ve seen millions of dollars, thousands of hours, committed by D.C. residents and people working and who are passionate about this city, poured into making life better for all of us, and there’s been no movement.”

Powell said that the D.C. Council should pass these bills as quickly as they passed legislative measures to control the pandemic.

“What we’ve seen during this pandemic, and over the course of it, is that things can actually move very fast when they need to,” Powell said at the event. “And so, in the same sense of urgency that we’ve seen a lot of other things, we want to move for the safety and security of Washingtonians.”

The Street Vending Decriminalization Amendment Act, which would remove criminal penalties for vending without a license, and the Revised Criminal Code Act, which would comprehensively rewrite the District’s criminal offenses and penalties, were bills included in the agenda.

Bills awaiting introduction to the D.C. Council include one that would end qualified immunity for police officers and another that would ban solitary confinement and isolation in D.C. jails.

The agenda does not have one priority but rather should be viewed as a comprehensive list of action items to ensure necessary reforms relating to community safety, according to Young.

“There’s a whole system at play here, right?” Young said. “So changing one piece of it, or one piece at a time, is not going to get us where we’re trying to go and it hasn’t.”

Immediate action is necessary to ensure the safety of District residents and reform an unjust and inequitable system, Lewis said.

“Now that the wind is blowing, and it’s proverbially moving in a different direction, I feel that people are getting stage fright,” Lewis said at the event. “I think it’s time to act, it really is, because for some people in this city, it is literally life and death on multiple levels when we’re talking about the things that these bills address.”