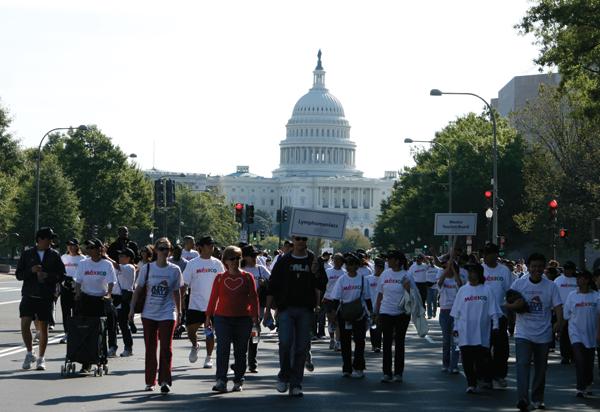 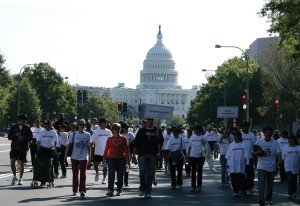 The HIV/AIDS rate in D.C. has climbed to three percent, according to a new report released Monday by the District’s HIV/AIDS Administration.

This level of HIV/AIDS prevalence is classified as a “generalized and severe epidemic” by the the Centers for Disease Control and Prevention.

Among D.C. residents ages 40 to 49, the most affected group, 7.2 percent are living with HIV/AIDS, while 6.5 percent of black men in D.C. have the disease. Additionally, the study reports that the prevalence of HIV/AIDS has risen by 22 percent since the last study in 2006.

The George Washington University’s School of Public Health and Health Services conducted an additional study in collaboration with the D.C. Department of Health/HAA about the connection between HIV/AIDS and heterosexual habits. Of the 750 people surveyed, 5.2 percent tested positive for HIV/AIDS. The behavioral aspects of the study suggest that not aberrant but rather common sexual behaviors are putting people at risk for HIV.

“There are behaviors going on that are likely to further the epidemic considerably,” said Manya Magnus, associate professor at the GWU SPHHS and principal investigator in Washington, D.C., for the National HIV Behavioral Surveillance Study/WORD UP. “These are normative behaviors, that is behaviors that are very common, but also very likely to perpetuate HIV.”

agnus cited the GWU study’s findings that only 30 percent of people surveyed reported using a condom, a major preventive measure against HIV/AIDS, the last time they had vaginal sex. Furthermore, a large amount of concurrency, people having sex with others outside of a relationship, was reported. Among the sample of the people surveyed, 74 percent said that the last time they had sex was with their primary partner. Yet overall, nearly 50 percent of people in relationships said they have sex with others.

agnus explained that while these finds are troubling, in terms of the already high rate of HIV/AIDS in the District, there is also hope.

“These findings can rapidly be translated to public health intervention and prevention. The use of condoms, for instance, is very important, and may be a cause of elevated HIV cases that can be fixed,” she said.

The D.C. Council’s Committee on Health held a public meeting yesterday in which it discussed the study and preventive measures that could help to reduce D.C.’s HIV/AIDS epidemic.

Independent groups such as the Whitman-Walker Clinic, a non-profit clinic dedicated to fighting HIV/AIDS, are also taking proactive steps.

“While we must continue with the prevention messages, we also need to adopt the approach of getting people in for testing, informing them of their HIV status and immediately starting them on medical treatment to prevent the spread of the disease,” said Dr. Raymond Martins, chief medical officer for Whitman-Walker Clinic, in a press release Wednesday. “We also need to develop new ways to reach the technologically-savvy younger generation through social networking and other new tools.”

The university has also dedicated resources to HIV/AIDS prevention and treatment in the D.C. area.

“Consistent with the university’s commitment to community engagement, Georgetown faculty, staff and students devote significant resources to addressing many important issues in the District of Columbia, including HIV/AIDS. Those resources include HOYA Clinic, a medical clinic staffed by Georgetown medical students that provides medical care, including HIV testing, to the homeless and low-income populations of D.C.,” Andy Pino, director of Georgetown’s Media Relations, said.