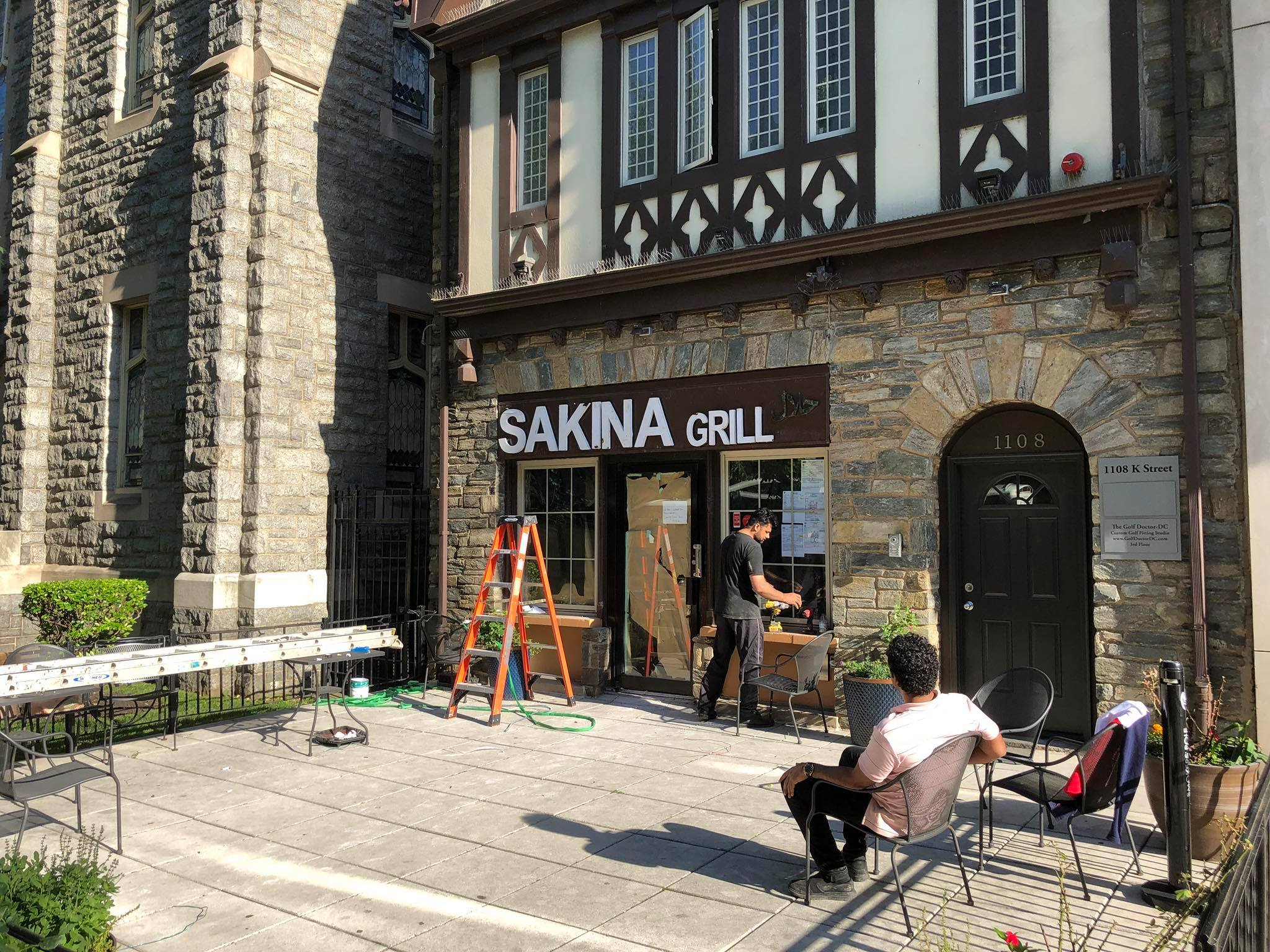 When 11 Georgetown students walked into a top-rated Pakistani-Indian restaurant for lunch near the end of President’s Day weekend, they were unaware that the restaurant had given thousands of meals to the homeless for free last year.

The restaurant, Sakina Grill, is a Pakistani-Indian eatery owned by Pakistani immigrant Kazi Mannan. Since taking over management in 2013, Mannan has started a policy offering free food to the homeless and the hungry.

“He doesn’t give others the leftovers or scraps that he wouldn’t be able to use — he offers the best of his restaurant,” Chiu said. “After speaking with him, I could feel his pride in what he does, both in his restaurant and in his service to others, as well as his conviction.”

“We are going to build a mobile laundry — like a food truck, but inside it will have a washing machine and a dryer,” Mannan said. “Many homeless people aren’t allowed to go to a regular laundromat. I feel that this is another need we can meet.”

Students and activists alike have praised Mannan’s commitment and sense of charity, which is grounded in lessons from his childhood and faith. Approximately 6,904 individuals resided in the D.C. area without a home last year, according to the 2018 Point-in-Time Count. Within this number, 1,924 were children. The DHCJ team shared on how Mannan’s efforts to assist those in need demonstrated the difference that one individual can make through devotion to a cause.

Experience from Mannan’s upbringing and lessons from his faith inspire his efforts to aid those without homes.

During Mannan’s childhood in Kuri, a small village in Pakistan, he and his family often struggled to put enough food on the table. From a young age, he envisioned running a restaurant that the less fortunate could rely on, according to Mannan.

In addition to honoring his family’s legacy, Mannan said his faith as a Muslim also inspired him to create a restaurant that would offer services to those in need.

“It was always my dream to have a restaurant, but the most important thing to me was to help those who need it,” Mannan said. “When I found that God was Creator, I decided that I would not judge. I would lend my hand to another human being who needs it. I’m spreading God’s word through food.”

Mannan explained that while giving away food may benefit his business, his faith has kept his restaurant going during tough times.

“I have really struggled to keep the business running,” Mannan said. “I have no doubt how God influenced my life, from being a very poor boy to living in the most powerful country, in the capital of the world. I saw how I made progress, and I know it’s thanks to God’s blessing. We are still doing great as a restaurant.”

“Big corporate businesses can do the same kind of model, a replica, and they can be successful,” Mannan said.

On Dec. 20, advocates, faith leaders and D.C. community members gathered for the annual Homeless Memorial Vigil to commemorate the 54 homeless individuals who died in D.C. last year. Advocates emphasized at the vigil that, despite recent efforts, D.C. is not on track to meet its goal to end homelessness by 2020.

In his effort to combat homelessness, Mannan served an estimated 16,000 meals to homeless individuals in 2018, according to reporting by local media.

Mannan believes that homeless people in D.C. do not receive sufficient help in part because of bias.

“Most people pass by homeless people and don’t even want to look at them,” Mannan said.“This is kind of our daily routine. I’m just very blessed that I brought some kind of attention to the work.”

Mannan often approaches homeless people around his restaurant and invites them to dine for free. He explained that many of these individuals are struck with disbelief because of how they are often treated.

“When I started the restaurant, I brought all the homeless from the park and let them have a meal at our restaurant,” explained Mannan. “They were just thinking that this was a trick, that there was no way they would just get a free lunch.”

The D.C. Housing Justice Alternative Breaks Program aims to help students engage with and reflect on housing injustices in Washington, D.C., according to the Center for Social Justice’s website.

The group’s lunch at Sakina Grill served as an uplifting break from the previous stops on the trip which highlighted the severity of the D.C. housing crisis, according to DCHJ ABP leader Chiu, who led the trip alongside Ivan Jimenez (COL ’20).

“My fellow leader and I decided that it was an excellent way to see how one individual had decided to take it upon himself to address the issue of homelessness he saw around him,” Chiu said. “We had hoped for it to be a really sweet, ideally impactful finale to the trip,”

Chiu was especially touched by the deep respect Mannan shows to his homeless patrons.

“What strikes me the most is not just the fact that he feeds individuals experiencing homelessness, but the way that he serves others with regard for their dignity and worth as fellow human beings,” Chiu said.

Precious Daniels (DNP), who accompanied the ABP, was also touched by Mannan’s mission.

“A restaurant in D.C. that gives meals to the homeless, no questions asked. How wonderful — who does that? The owner must be really special and have a great heart — those were my thoughts,” Daniels said.

The Georgetown CSJ also includes the Homelessness Outreach-Meals-Education program (HOME). The program coordinates the CSJ’s multiple homelessness outreach and education efforts in collaboration with community partners, campus partners and student organization, according to the CSJ website.

The Hypothermia/Hyperthermia Outreach Team (HOT), a branch of HOME, seeks to support homeless men, women and families in periods of severe weather.

HOT also collaborates with the D.C. homelessness efforts, according to Lefelhocz.

“We often collaborate with the city’s outreach efforts by contacting the shelter and hypothermia hotlines, and the outreach teams there can connect individuals to resources they may need to get through the night.”

Mannan hopes that initiatives by Georgetown students can complement his efforts to assist people without homes.