I looked on anxiously as my sister typed out a few words, furrowed her brow and then deleted them with a sigh. As the clock on our kitchen table ominously reminded us that time was running out, neither the nimble movements of her fingers nor her clear absorption in the subject could hide the fact that she was struggling to find the right words.

“How much longer?” I inquired, frantically tapping my foot. “You can’t keep him waiting any longer!” The importance of syntactic perfection was not lost on me, but nonetheless deadlines had to be met.

We breathed a collective sigh of relief as the ping of her computer notified us that the deed was done, but my relief was short-lived. While the aforementioned melodrama might seem perfectly reasonable had my sister been sending off her latest history paper to a professor or resume to a potential employer, the anxiety felt a bit misplaced when I considered that it was only a response to some cute guy’s text.

What seems ludicrous to me is not the fact that we agonized over whether a particular sentence required one or two exclamation points, or whether the smiley face emoji came off as overly enthusiastic — especially considering that she wanted to be “just friends.” What seems ludicrous is not the fact that we spent 13 minutes painstakingly drafting a four-line response. What seems truly ludicrous is that our scenario was by no means atypical. When did communication begin to occur through monkey emojis rather than conversations over tea or family dinner?

This process is undeniably associated with the advent of texting. Think about your own interactions on a daily basis. When was the last time you sent a text message? According to the Pew Research Center, 18-to-29 year-olds send and receive an average of 87.7 text messages per day. Based on these statistics, if you are between the ages of 18 and 29, it is overwhelmingly likely that you have texted someone in just the past 20 minutes. I know I have.

Now, when was the last time you actually sat in front of someone and had a meaningful, in-depth conversation? I’m talking about an interaction where you shared your thoughts, reflected on your surroundings, and perhaps even expressed your fears or uncertainties. I am guessing probably not in the past 20 minutes. The number of relevant, face-to-face interactions I have pales in comparison to how many conversations I maintain through a screen.

What I am realizing more and more is that conversation through a screen can hardly do the same as an exchange in person. Texting is calculated; it is thought through. Directly speaking to someone, however, is more genuine, more spontaneous. There is no time for editing. There is no such thing as a delete button for when you utter regrettable words. If my sister had faced that boy in person, she wouldn’t have had 13 minutes — let alone 13 seconds — to formulate a sensible response. Yes, it would have been more stressful and yes, her ensuing panic may have caused her to spurt out words more brutally than necessary. But at least the reply would not have been edited more times than her latest history paper.

In-person conversation is an art, one that requires interpersonal skills and social tact, and that is rapidly evanescing as modernity progresses. That being said, I do not mean all virtual communication is devoid of meaning, because that certainly is not the case. I am but one of many who have received text messages that have pulled at my heartstrings and left me in a whirlwind of emotions. But conversations over text rarely reach the same depths as real discussions. They seldom evoke the same intensity of feeling because it is much less risky to type out an apology or a declaration of love than it is to stare vulnerably into someone’s eyes and say it. Texting is safe, but speaking is brave.

I must ask, are we hiding behind the safety of our screens? Have we entered into an era where the excessive use of “LOL” is preferred to those moments of explosive laughter that leave us bent over, while tears of joy stream down our cheeks? As society progresses and virtual communication becomes ever more prevalent, those meaningful discussions will only become more infrequent. So I dare you to instill some old-fashioned bravery into your life. Ditch the safety of your phone screen and replace a portion of those 87.7 messages with some quality conversations. Don’t let the art of in-person conversation die out. Revive it. 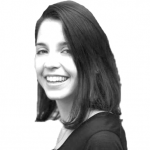 Sarah Dankens is a sophomore in the School of Foreign Service. She is an alternating columnist of OLD SOULS, which appears every other Friday.