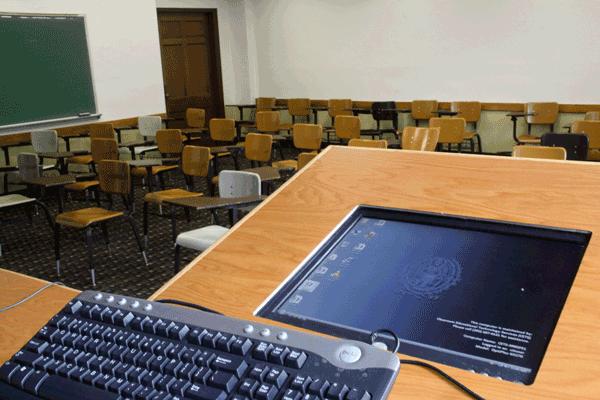 A fire occurred in the electrical room of Georgetown University’s Laurel Data Center in Maryland on Wednesday afternoon, resulting in campuswide Wi-Fi outages and the shutdown of services like SaxaNet and educational platforms such as Blackboard.org.

Most services were functioning by 6 a.m. at the main campus and services were restored at the Georgetown University Law Center by 10 a.m. on the Thursday, according to Judd Nicholson, vice president for Information Technology and Georgetown’s chief intelligence office.

Yet, some services were still not yet operational at 1 p.m. on Thursday, according to a university-wide email sent out by Nicholson. The university intends to examine the causes of the fire, which are currently not known, in the coming weeks after it ensures services are stable.

Nicholson said the event is most likely isolated and should not have any long-term consequences.

“I think this is just a very unfortunate, isolated incident, and we should have no long-term effects by it,” Nicholson said.

The fire caused the main and backup power systems at Georgetown’s primary data center to fail, which led to the systemwide shutdown.

Following the release of the first HOYAlert, many people called GUPD’s emergency line, leaving GUPD unable to take emergency calls. According to Nicholson, the second HOYAlert was sent out to clarify that the outages were related to the fire at the data center so people would stop calling the GUPD emergency line.

Once the fire department allowed the University Information Services department into the data center Wednesday, the university partnered with electrical contractors and a maintenance company to begin restoring power to the building. Power was restored at the data center at 6 p.m. Wednesday.

“Once power came on, we systematically and very methodically start bringing up both the physical servers and virtual servers,” Nicholson said.

The university will soon be switching its primary data center to another site in Asfhord, Va., as part of the university’s modernization strategy. This decision was made before the fire.

“It’s just a natural transition for an institution of our size to move from a data center that wasn’t quite fitting our needs to a more, to a larger, state-of-the-art data center is just part of our modernization strategy,” Nicholson said.