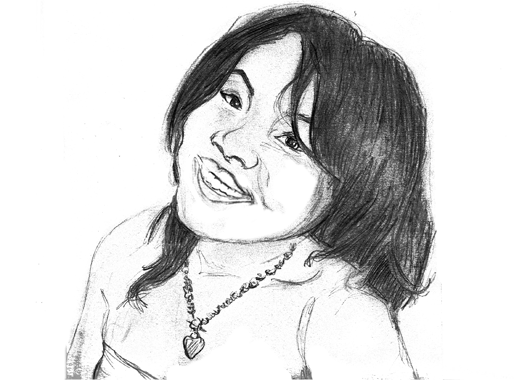 Discussing grades with classmates can certainly be an uncomfortable encounter. As awful and over-analytical as this may sound, students typically only ask when they expect to hear lackluster results. Recently, a woman of color spoke to me about an unfamiliar peer who casually interrogated her about the grade she received on an assignment. The conversation went something along the lines of this.

“The professor gave me a C,” he said matter-of-factly. “What about you?”

The young woman awkwardly replied, “I earned an A.”

He looked at her in disbelief, apparently surprised that he did not acquire an attendee to his pity party. “Wow,” he finally said, concluding the encounter.

What is most alarming about this anecdote is that he knew nothing about this girl beyond the fact that they were classmates for about two hours each week. He didn’t know her name or her academic track record. Undeniably, his shock at her grade stemmed from her physical appearance and the educational background associated with it. He expected the worst from this young woman based on the color of her skin.

One of the lone drawbacks of affirmative action is that mediocrity can become an expectation. Encounters like these, however, only draw attention to those who do not understand affirmative action’s purpose and demonstrate how necessary this diversity initiative is in schools and workplaces.

Affirmative action has resurfaced as a national point of contention. The Supreme Court recently heard Fisher v. Texas, a case brought by a rejected applicant to the University of Texas at Austin. Abigail Fisher — quite ironically — calls into question the fairness of the system on the basis of reverse racial discrimination while discounting that it is a system that extends beyond race. This practice has historically been responsible for women’s being admitted into traditionally white, male-dominated institutions, including Georgetown.

On “Real Time with Bill Maher,” actress Kerry Washington summed up how I would define affirmative action, saying, “I don’t think affirmative action should solely be based on race. I think it should be based on socio-economics, geography, gender and religion because we are a country of inclusivity, and when we say ‘we the people,’ we have grown to a place where, ‘we’ should include all of us.”

The push for affirmative action came from the desire to instill diversity in places it did not previously exist. The government finally came to the realization that not everyone starts on the same playing field or with the same resources to reach societal standards of achievement. As Washington noted, “We do something about that in a country where we want everyone to have a shot at success.”

In the second presidential debate, even Mitt Romney recognized that affirmative action is a necessity (although he may recant these statements later). With his “binders full of women” comment, Romney ineloquently appeared to apply the practice to his cabinet as governor of Massachusetts. He noted that it was important to offer opportunities to women who were equally qualified as the male applicants.

There is emphasis here on “equally.”

Affirmative action helps people who have earned opportunities receive them given their individual circumstances, so this Supreme Court case seems quite trivial. As Tulane University professor and newspaper correspondent Melissa Harris-Perry said to Supreme Court Justice Clarence Thomas, “Consider this: …. Abigail Fischer wasn’t admitted, but a black student didn’t take her place. It was not ‘her place.’”

As we were constantly told in the beginning of our college careers, each of us has something to contribute to our university’s community. Essentially, we are all here — and here deservingly — for a reason.
Khadijah Davis is a sophomore in the School of Nursing and Health Studies. She is secretary of Georgetown University Women of Color. THE ETHNICITY OF FEMININITY appears every other Friday