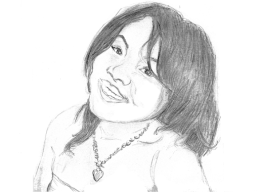 Since her paradoxical “Independent Woman” and “Cater 2 U” days with Destiny’s Child, Beyoncé Knowles has long  been at the center of many conversations about the feminist politics of respectability. Her supposedly suggestive spread in the February issue of men’s magazine GQ reignited controversy over what some would say are her wishy-washy feminist ideals.

In her interview with the magazine, Knowles said, “You know, equality is a myth, and for some reason, everyone accepts the fact that women don’t make as much money as men do. … Why do we have to take a backseat?”

The upcoming self-directed documentary about her life also touches upon her desire for creative and economic liberty. “I truly believe that women should be financially independent from their men. And let’s face it, money gives men the power to run the show,” Knowles said. “It gives men the power to define value. They define what’s sexy. And men define what’s feminine. It’s ridiculous.”

But posing for a men’s magazine and professing such ideas did not sit well with many self-proclaimed feminists who believe her actions are antithetical to one other.

In an opinion piece titled “Beyoncé: Being Photographed In Your Underwear Doesn’t Help Feminism” written for The Guardian, columnist Hadley Freeman argued that while Knowles is right for her disdain for unfair pay, the singer does nothing to change the images seen of ladies in positions of potency. “[Women] are similarly humiliated by being fed the message that it doesn’t matter how successful, powerful or smart you are — all that matters is how sexually available you are willing to make yourself look,” Freeman lamented. I suppose we can just forget about Oprah Winfrey and Hillary Clinton?

Danielle Pointdujour’s opposing argument in Clutch asks “Is Beyoncé Helping or Hurting the Girl Power Movement?” In it, Pointdujour tries to explain that Knowles is able to be immodest because she is not the role model for all feminists that Freeman constructs her to be. “If you want an example of how far the feminist movement has come, there are countless other women — fully clothed women — that Freeman and the rest of us could point to. As usual, we expect a bit too much from normal human who are simply here to entertain us. Is Queen Bey the perfect example of feminism gone right? Maybe not. But she is a glimmer of hope for some little girl out there dreaming big.”

This debate is amusing in that it seems to be missing a very important point. It does not reflect the strides the feminist movement made during its heyday. Once upon a time, it was a triumph that women were finally ripping off some fabric, shedding a few petticoats and wearing miniskirts and trousers because they were shifting away from what was normalized for them by men.

Only a few decades later, it is interesting to see that the transformation women have made for themselves is being attributed to men. Everything is interpreted as hyper-sexualized, so much so that the feminist movement is no longer accepting of the female anatomy, real or fake. Women like actress Traci Ellis Ross, who has chosen not to wear brassieres because she believes we are a “culture confused by fake boobs,” or comedian Mo’Nique, who wants to show everyone “what real legs look like,” help to keep the idea of choice alive.

One of the reasons feminism lags in true progression is the continued analysis of women’s actions by one other. Feminism is a movement built on the idea that a woman should be able to make decisions for herself and her society. Whether she opts to wear a hijab to display her modesty or a miniskirt simply because she can, feminism has made it so that ultimately these decisions are up to her. Neither a man nor a so-called feminist should ever tell a woman what she should and shouldn’t wear to fit his or her agendas. We should certainly not idealize an individual woman to represent the gender as a whole.

Khadijah Davis is a sophomore in the School of Nursing and Health Studies. She is secretary of Georgetown University Women of Color. ETHNICITY OF FEMININITY appears every other Tuesday.