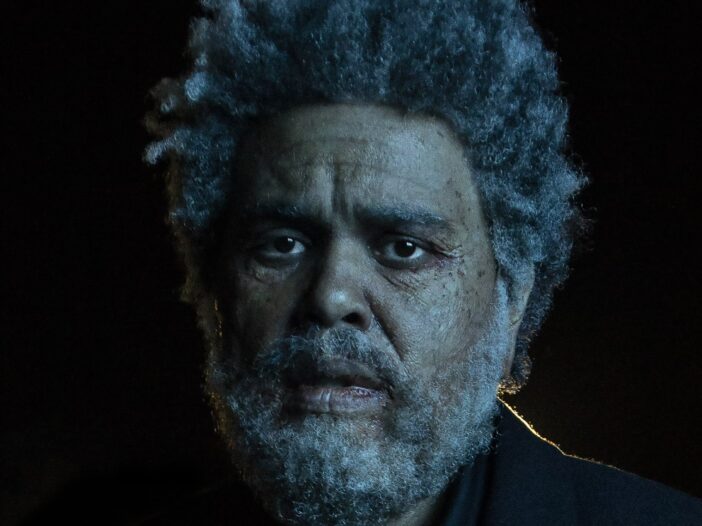 Move over, Georgetown philosophy majors: The Weeknd’s new album “Dawn FM” is here to offer its perspective on living and dying through a beautifully crafted, sonic, sixteen-track journey toward the light at the end of the tunnel.

In the past decade, Abel Tesfaye, known professionally as The Weeknd, has skyrocketed to immense fame. His single “Blinding Lights” from his previous album “After Hours” became the No. 1 song on Billboard’s Greatest Songs of All Time Hot 100 Chart, dethroning the 1960 bop “The Twist.”

Following this smash success, The Weeknd infamously received zero Grammy nominations for his work on “After Hours.” Notably, the Grammy Awards in 2020 drew controversy because of allegations of sexism, corruption and sexual misconduct in the Recording Academy. “Dawn FM,” however, cheekily reminds listeners everywhere that the Grammys have no dictation over true talent.

Featuring narration by actor Jim Carrey, the opening track on the album introduces the fictional radio station Dawn 103.5 as the listener’s guide through the road to the afterlife. Carrey soothes those on the way to the end by crooning, “We’ll be there to hold your hand and guide you through this painless transition,” solidifying the theme of the album.

The beginning of the album showcases The Weeknd’s strongest talents: synth-pop songs that disguise a dark interior filled with toxicity and recklessness. “Gasoline” chronicles a destructive relationship and a bleak outlook on life while “Take My Breath” equates sex with death, summating The Weeknd’s ability to glamorize horror without losing grit.

No matter how strong the theming of the album, “A Tale By Quincy” marks a shift in Dawn 103.5’s programming in which bleak tracks about life switch to self-aware tracks focused on growth. Producer Quincy Jones talks through his childhood trauma, concluding his reflective monologue with, “whenever I got too close to a woman, I would cut her off. Part of that was vindictive and partially based on fear, but it was also totally subconscious.”

This candid declaration of self-destruction in relationships marks the beginning of this thematic shift, even a contrast, in “Dawn FM.”

The rest of the album harkens back to this feeling of self-aware growth, with tracks like “Is There Someone Else?” and “I Heard You’re Married” expressing the inability to be with someone who isn’t equally committed to a relationship — a sentiment the first few tracks wouldn’t bat an eye at.

Track seven, “Out of Time,” is arguably the most beautifully constructed song on the album. The melodic, honeyed ballad begins with the impression that the experience will be joyous, but instead, the lyrics deliver a heart-wrenching lesson on retrospection.

The Weeknd muses on trauma that he has been working to overcome; however, this growth has come too late. He is quite literally out of time, as the woman he has realized he could love properly is now in a relationship with someone else. Though the album seems to be bisected thematically between flagrant toxicity and self-reflection, these motifs of doomed love thread the album together. While the first tracks are heavy on cynicism involving love, the latter songs of the album mark a shift towards optimism surrounding love, even though it may not always work out.

In “Phantom Regret by Jim,” the closing poem gilded by a haunting melody, Carrey reassures the listener one last time about their impending end. He sends some words of wisdom to those still on Earth: “Consider the flowers, they don’t try to look right / They just open their petals, and turn to the light.”

Through this journey of recklessness and heartache, “Dawn FM” ends with the consolation that trying too hard to be perfect will not get you a seat in heaven, because, as Carrey reminds us, “Heaven is for those who let go of regret.”

The Weeknd began as an underground artist with little following, but those who followed him adored him. Now, The Weeknd is a household name due to his catchy hits that play with the dichotomy of nostalgia and innovation with their ’80s melodic influence and modern instrumentation.

It’s easy for songs in this genre of synth to sound repetitive, but “Dawn FM” manages to create distinct tracks with a consistent style. Impressively, “Dawn FM” retains the classic “The Weeknd” feel while also introducing a new level of introspection that surpasses any other work he’s released.

Following the massive success of “After Hours,” The Weeknd managed to produce another masterpiece less than two years later to remind the world that he has more to say than most thought possible — even if about the afterlife, unknown to all of us.