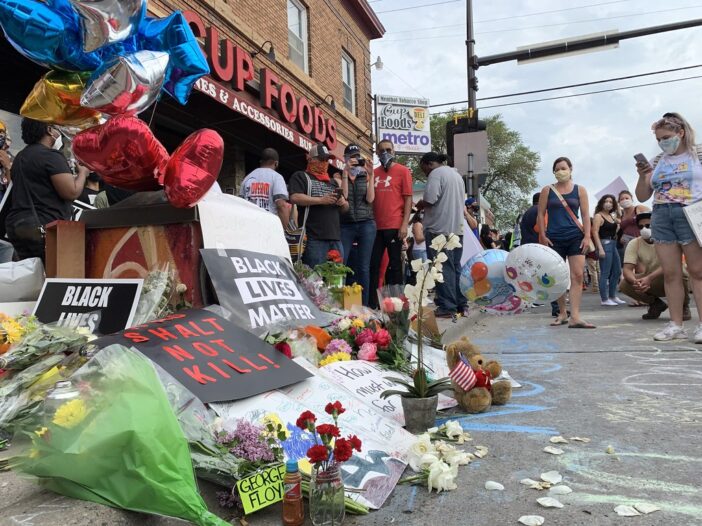 Content Warning: This article directly references content related to police brutality. Please refer to the end of the article for on- and off-campus resources.

Four Black student unions from Washington, D.C. universities penned a letter to D.C. Mayor Muriel Bowser (D) and the city’s police chief May 29, urging them to introduce policies to combat white supremacy and police brutality in the District.

The letter, signed by Black student unions at Georgetown University, The Catholic University of America, The George Washington University and American University, issues seven demands, including the introduction of unconscious bias training programs for the Metropolitan Police Department and a 90% reduction of youth arrests in the city.

The letter comes amid a surge of popular unrest across the country provoked by the killings of two unarmed Black people by police. Police in Louisville, Ky., acting on a no-knock search warrant, killed 26-year-old emergency room technician Breonna Taylor in her home March 13, shooting her at least eight times.

George Floyd, a 46-year-old Black man, died in the custody of Minneapolis police May 25 after an officer pinned Floyd’s neck to the pavement with his knee for almost nine minutes. Floyd issued repeated pleas for help, but they were ignored. Derek Chauvin, the officer who killed Floyd, has been arrested and is facing charges of third-degree murder and second-degree manslaughter; three other officers involved in Floyd’s death have been fired but have yet to face charges. The recent deaths of Floyd and Taylor follow centuries of police violence against the Black community in the United States.

Public frustration had been stoked in previous weeks by the death of Ahmaud Arbery, a 25-year-old Black man who was chased down and killed by two white civilians in February as he jogged through a residential neighborhood.

The appeals of the letter, if followed, will help address systemic inequality and violence, according to the letter.

“The lack of trust between MPD and DC residents is a direct result of discriminatory policing practices and a state-sanctioned lack of transparency and accountability,” the letter reads. “It is imperative for the DC government to begin an immediate discussion regarding the terms above to foster a safer DC for all.”

The letter also calls for mandatory deescalation training for MPD officers, the creation of community-based projects for D.C. youth, budgetary transparency from the police and efforts to reduce racial profiling at campus events. By acting in solidarity and leveraging their position as university students, Black student unions across the District can compel city officials to enact meaningful change, according to Bishop Walton, Chief of Staff of the GWU Black Student Union.

“They’re going to respond based on those names, and that’s the privilege that we do have,” Walton said in an interview with The Hoya. “We’re using our ability to even go to these universities to our advantage to help not only ourselves but the D.C. residents.”

Additionally, the letter calls on the MPD to engage peacefully with protesters. Demonstrations protesting the killings have spread to major cities across the country, including D.C. Around 1,000 protesters crowded near the White House on Saturday evening, clashing with police officers. The use of excessive force has characterized the police response to protests in several cities, according to Amnesty International.

The MPD is open to collaborating with the Black student unions to mend tensions between D.C. police and minority communities, according to MPD Communications Director Dustin Sternbeck.

“It is important for all residents to know their police department so that we can build a trusting and effective partnership. That is all the more important now,” Sternbeck wrote in a statement to The Hoya. “In the face of the reprehensible police conduct that caused Mr. Floyd’s death, I understand that DC communities will be hurting.”

Though open to discussions with the police, promises are not meaningful unless they are followed up by concrete action, according to GWU Black Student Union President Devon Bradley.

“We can have these conversations, but what are we doing with them?” Bradley said in an interview with The Hoya. “Change is going to have to come.”

The MPD has been criticized for its heavy-handed response to peaceful protests in the District. Protestors reported being “corralled” and pepper-sprayed by police following a demonstration June 1.

Bradley emphasized that student activists must practice persistence to get through to city leaders who are positioned to enact systemic change.

“I want anyone reading your article to know that GW BSU is very action-forward. That’s our biggest priority,” Bradley said. “If we have to begin sending letters, emails, phone calls to get a direct response from the mayor and MPD Chief [Peter] Newsham, we will do so.”

Georgetown administrators and student groups have also responded to the crisis through public statements and social media posts.

“We cannot return to a status quo that leaves inequity and inequality in place,” the statement reads. “As part of that determination, we must address the conditions that lead to the senseless and indefensible loss of life of our fellow citizens.”

The Georgetown University Student Association is among a number of student groups that have released statements condemning the killings. In a statement issued Sunday morning, GUSA called on students to take action and support the Black community.

“Black Lives Matter. Until we see real systemic change nationwide in regulations and accountability of our police force, we will continue to see more preventable and appalling murders of Black people,” the statement reads. “To be silent is to be complacent. We must act now as Black people across the nation fight to end the silent genocide which they face.”