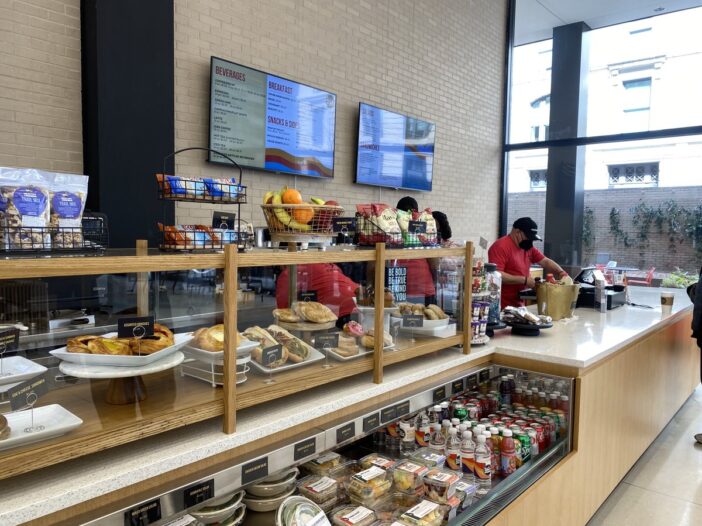 DC Central Kitchen, a non-profit that aims to fight poverty and unemployment, aids individuals who are facing difficulties finding jobs. The organization provides living-wage job opportunities in the food industry by offering scholarships for culinary job training (CJT), such as those at Marianne’s and other locations around Washington, D.C. Over 1,700 people have launched culinary careers in the past 30 years through DC Central Kitchen’s culinary job training program.

Marianne’s was named in honor of Marianne Ali, who served as a mentor and leader at DC Central Kitchen for two decades before her death in 2017. The cafe honors her legacy as Ali herself overcame struggles with addiction after enrolling in culinary school.

The cafe’s location in the Martin Luther King Jr. Library will help to carry on the legacies of both King and Ali, according to DC Central Kitchen CEO Mike Curtin, Jr.

“This cafe and catering partnership with the DC Public Library will help transform how American cities imagine the role and combined power of libraries and nonprofits,” Curtin said in a November 9 press release. “We are honored to help carry forward the legacy of Dr. King while honoring the memory of our beloved colleague Marianne Ali, who embodied the values of DC Central Kitchen by affirming the worth, dignity, and potential of everyone she met and educated.”

In addition to offering hands-on culinary training and professional development, Marianne’s CJT programs teaches skills of empowerment, according to Mishayla Valle, a single mother who graduated from DC Central Kitchen’s CJT program in February and now works at Marianne’s.

“We also do self empowerment, which was really a great piece, because it helps you work with yourself and how to better figure out your strengths and your weaknesses,” Valle said in an interview with The Hoya. “Because that makes you a better person, how to work with people who are hard to work with. Working around different people of all ages and different backgrounds was definitely a plus.”

Valle said she has always had an interest in the culinary and hospitality world, but struggled with barriers to employment attempting to balance two jobs simultaneously before enrolling in DC Central Kitchen.

Marrianne’s provides opportunities for both patrons at the library and cafe employees, according to D.C. Public Library executive director Richard Reyes-Gavilan.

“Having a cafe where customers can purchase snacks or beverages gives them more reasons to spend time in their library, which is a crucial part of our goal to make the Martin Luther King Jr. Memorial Library a hub of activity downtown,” Reyes-Gavilan said in a November 9 press release.

In addition to its CJT programs, DC Central Kitchen helps students get jobs post graduation by guiding students through the application process. While students have the opportunity to work in hotels and restaurants in the District, many continue to work at the DC Central Kitchen locations.

According to Valle, the decision to work for DC Central Kitchen was informed by the organization’s values and goals.

“I think I made a great decision with staying inside of DC Central Kitchen,” Valle said. “Because they use food to basically build the communities together. And I think that’s what I like most about this job and about the DC Central Kitchen companies overall.”

According to Valle, DC Central Kitchen differs from other programs aiming to provide job training for individuals facing employment barriers due to their dedication to community and belief in uplifting trainees.

“I feel like they are here for the people,” Valle said. “It doesn’t matter where you come from, what struggles you have, what you’ve been through, they are here to work with you, they know that we all are human. They were here to uplift me, and there’s not a lot of programs out here where they can actually help.”