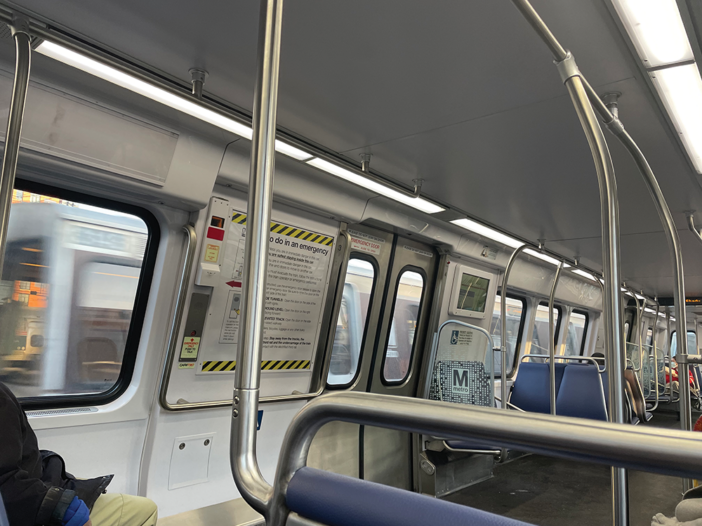 A newly proposed bill in the D.C. Council may provide Washington, D.C. residents with $100 per month toward public transit costs.

Councilmember Charles Allen (D-Ward 6) reintroduced his Metro For D.C. legislation this month, which outlines a program that would create a fund to improve bus service and provide District residents with a $100 balance on a SmarTrip card every month. These funds could be used to ride the Metrorail, the D.C. Circulator and the Metrobus.

The plans outlined in the bill would make the Washington Metropolitan Area Transit Authority (WMATA) more reliable, accessible and equitable in the District, which in turn will increase the number of people using public transportation in the long run, according to the Metro For D.C. information site.

“It focuses on transit equity by improving bus service first in communities who have the longest commutes, often pay more per trip, and mostly live in low-income neighborhoods,” the site reads. “But the goal of Metro For D.C. isn’t just about growing ridership — it’s also about making our transit system more accessible for every D.C. resident.”

Recent policy changes, like the District Department of Transportation (DDOT)’s decision to reinstate fees for riding the Circulator, pose a financial barrier to accessing WMATA services, especially for low-income individuals.

Allen originally introduced the bill in March 2020; however, the council postponed it because of the necessity for urgent legislation regarding the COVID-19 pandemic. Following Allen’s initial announcement that he would reintroduce Metro For D.C., 10 of 13 councilmembers, including Ward 2 Councilmember Brooke Pinto (LAW ’17), announced their co-sponsorship.

According to Pinto, the Metro For D.C. bill would provide D.C. residents with access to Metro services, regardless of increasing costs or ability to pay.

“All residents will have reliable access to transportation to work and around the city to visit, shop, and take care of their needs,” Pinto wrote in an email to The Hoya. “Costs in our city are rising and supporting the transportation needs of our residents is an important priority for the city.”

According to the Metro For D.C. information site, the D.C. government will only pay WMATA when the services are actually used, so WMATA is still incentivized to improve and maintain services so potential riders want to use the $100 allocated to them for public transit use.

Metro accessibility has also been a concern for Georgetown University students. The Georgetown University Student Association (GUSA) Election Commission announced May 1 that 84% of student voters who participated in a referendum were in favor of implementing the Metro U-Pass program, which would provide students with an unlimited number of discounted rides on Metrobus and Metrorail services. The university is considering adopting the program.

The Metro For D.C. bill would lead to both economic and environmental benefits for the District, according to Pinto.

“Increased ridership means that there will be fewer cars on the road and that D.C. will move closer to its sustainability goals — particularly as we move to electrify our bus fleet and use more energy-friendly train cars,” Pinto wrote. “Increased ridership can also lead to more jobs at WMATA and around the city as economic activity picks up.”

Pinto said that while there is no definite timeline regarding the future of the Metro For D.C. bill, continuing to support public transit opportunities is important.

“Long-term community buy-in is needed to keep our transit system operating efficiently and effectively, and the Metro for D.C. program will help us get there,” Pinto wrote.