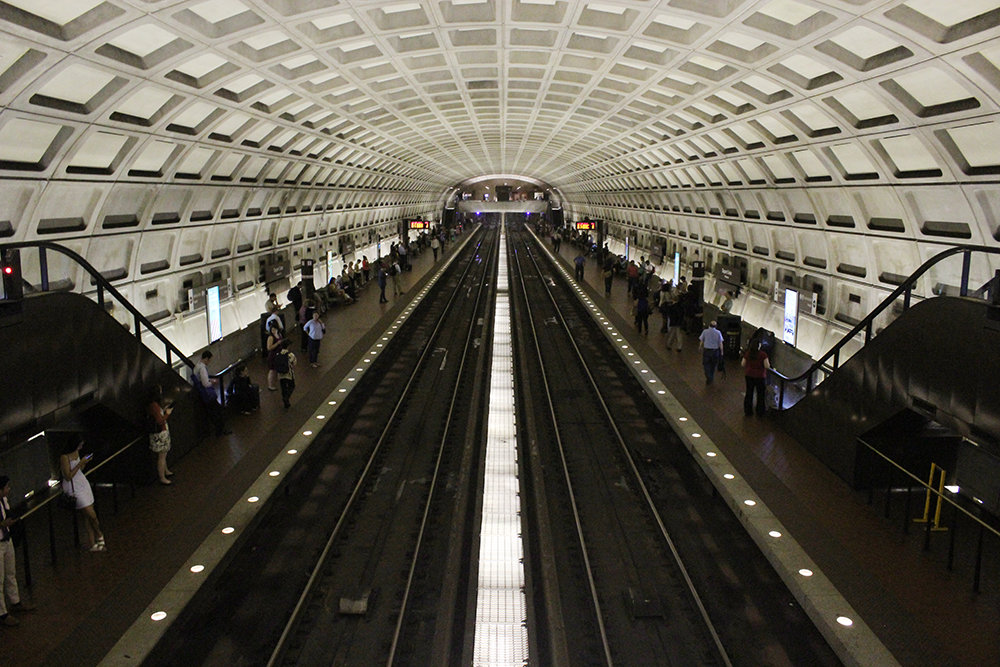 The D.C. Council is currently conducting hearings on the Fare Evasion Decriminalization Act Of 2017, which would eliminate the potential for arrest and the 10-day jail time that currently accompany charges of fare evasion for non-minors.

The bill would also reduce the violation for evading Metro fares from a $300 ticket to a $100 ticket.

The bill aims to provide a more accessible Metro for the District’s low-income residents, said Councilmember Trayon White (D-Ward 8), who sponsored the bill, during his presentation of the legislation July 11.

“Punitive approaches to fare collection does not seem to be the best use of resources,” White said. “Criminalizing riders will not result in an equitable transit system.”

Jail time for avoiding Metro fare disproportionately affects D.C.’s minorities and poorer residents, White said. The bill is designed to parallel legislation that other public Metro agencies in the United States have instituted. San Francisco and Portland, Ore., for example, have both decriminalized fare evasion in the last decade.

WMATA records show an 80 percent rise in police citations and warnings for fare evasion since the agency began more stringent enforcement, NBC Washington reported in May.

Metro’s mission should be to help people access their city, not to punish them for it, Councilmember White said July 11.

“With renewed public attention on the excessive criminalization of poor people and people of color, transit agencies around the country are re-evaluating their fare evasion policies,” White said at the presentation July 11.

Ronald Pavlik, chief of the Metro Transit Police Department, said during an Oct. 19 bill hearing that 92 percent of fare evasions end with either a warning or a $50 failure-to-pay citation.

“A typical failure-to-pay citation is $50 – half the cost of a speed camera fine in the District of Columbia,” Pavlik said. “And so long as this fine is paid, there is no admission of guilt, and criminal charges are avoided altogether.”

Metro’s focus on fare enforcement has contributed to a 20 percent drop in serious crime on the Metro in the first nine months of the year, compared to same period last year, according to a WMATA spokesperson.

Grosso has become an advocate for the bill, arguing that particular instances of excessive punishments by the Metro show the need to decriminalize fare evasion.

“I remember vividly the incident last year when a young woman, probably in high school, maybe in middle school, was physically roughed up and handcuffed by Metro Transit Police simply because she had a bag of chips and a bad attitude,” Grosso said at an Oct. 19 hearing on the legislation.

The legislation was introduced earlier this year after Metro announced that it would initiate measures to try to regain funds from fare evasion, including installing new locking systems on Metrorail fare gates and instituting new patrols to find fare evaders. Measures like these have played a part in a recent spike in citations and arrests for fare evasion in 2016 and 2017.

At the Oct. 19 hearing on the legislation, Pavlik said he is concerned that the legislation would hurt the department’s goal to create a safer Metro.

“This bill would hinder Metro’s efforts to reduce fare evasion and ensure the safety of our customers and employees,” Pavlik said.

Pavlik also said that fare evasion enforcement leads to fewer criminals on the streets, citing a specific incident of a fare evasion stop in which a man, stopped for fare evasion, had an outstanding warrant for second-degree murder.

“This is the story behind one of the more than 400 cases where a wanted individual with an outstanding warrant was arrested after being stopped for fare evasion — before they could commit a more serious crime,” Pavlik said.

Pavlik said in about 8 percent of MTPD fare evasion stops, the stop will lead to an arrest when a background check identifies an outstanding warrant.

“Fare evasion creates real and perceived fairness issues among customers, most of whom pay for every ride. It also directly results in the loss of revenue that Metro needs to provide safe and reliable bus and rail service,” the memo said.

Corbett A. Price, a member of the Metro board, tweeted about this revenue loss July 11, after the decriminalization legislation was first introduced.

“#Metro fare evasion cost the system $25million/yr in loss revenue. The taxpayers and paying riders are the victims,” Price wrote in the tweet.

If passed, the act would apply to all WMATA stations, but not those in Maryland or Virginia, as they are outside of the council’s jurisdiction.