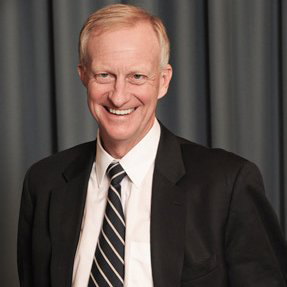 Beyond the reprimand, D.C. Council Chair Phil Mendelson (D-At Large) removed some of the responsibilities Evans holds as chair of the Committee on Finance and Revenue, but did not strip him from his position as chair of the committee. The additional changes will be voted on by the council in April, according to The Washington Post.

The punishment came after several organizations — such as the D.C. Democratic State Committee and D.C. Working Families, a progressive advocacy group that seeks to raise living standards for working families, — published open letters and petitions calling on Evans to resign.

The reprimand sends a clear message about the values of the council, according to D.C. Council Chair Phil Mendelson (D-At Large).

“The Council is acting swiftly and clearly to condemn the action by any member who uses government resources for personal business and who knowingly advertises the prestige of his office for private gain,” Mendelson said at the council’s March 19 legislative meeting.

The decision to reprimand Evans came after a grand jury subpoenaed documents relating to legislation benefiting Digi Outdoor Media, a digital commercial advertising firm, last September, as part of a federal investigation. Evans, the longest-serving member of the D.C. Council, allegedly used his influence and connections as councilmember to help solidify client deals, according to The Washington Post.

Mendelson announced he would introduce a resolution to reprimand Evans in a March 5 news release, but did not call on Evans to resign.

“Our Code of Conduct states explicitly that a Councilmember ‘may not knowingly use the prestige of office or public position for [his] private gain,’ and that government resources shall not be used for personal business,” Mendelson said. “This reprimand will send a clear message that Mr. Evans’ actions are not only unacceptable but are inconsistent with the Council’s ethical standards.”

As chair of the finance and revenue committee, Evans will retain his oversight of the Office of the Chief Financial Officer, the Washington Metropolitan Transit Authority and the D.C. Lottery, which regulates the recently approved mobile sports betting program. Changes to his influence in these agencies will be decided in a vote scheduled for April, according to The Washington Post.

Evans, who faces the threat of a recall election if a recall petition receives 10 percent of the approximately 52,000 registered voters in Ward 2, should not be stripped of his chairmanship, according to Mendelson.

“I am not recommending that, for the primary reason that the council has never removed a member from his chairmanship without an investigation,” Mendelson said at the March 9 meeting. “To remove a chairmanship based only on allegation will set a precedent that we will not only regret someday, but that disregards due process.”

However, an additional council investigation into Evans’ alleged wrongdoings is unnecessary and would be hindered by the current federal criminal investigation, according to Mendelson.

Evans will work toward restoring the trust of his constituents, councilmembers and D.C. residents, he said at the hearing.

“I have brought embarrassment to this council, to myself and my family, that being the most painful part of all of this,” Evans said. “Going forward, I will work tirelessly to restore the trust of my constituents, of my colleagues here on this council and of the residents of the District of Columbia.”