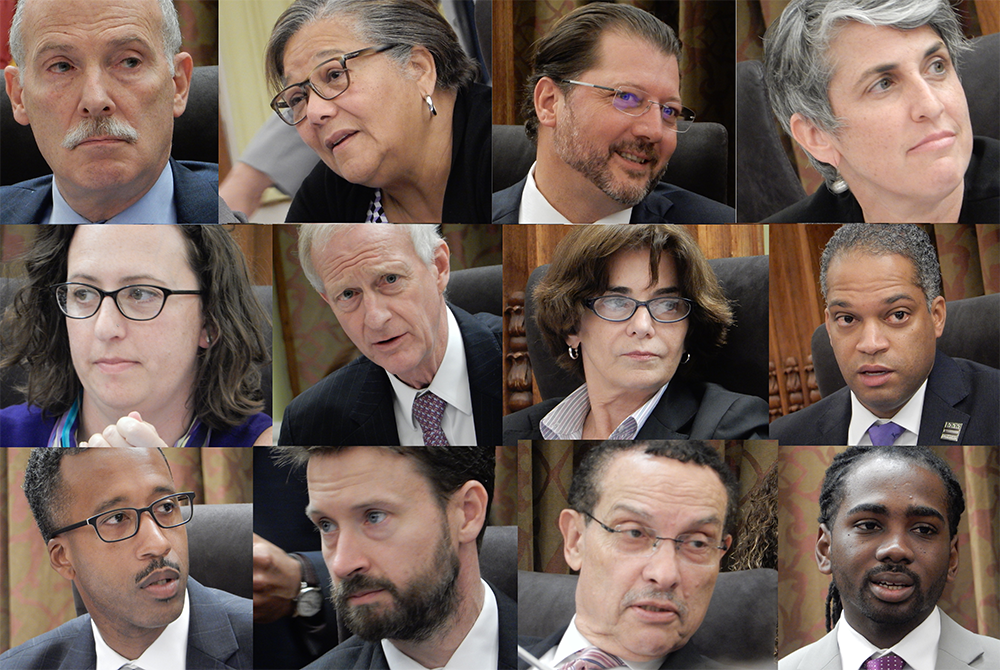 The Washington, D.C. Council voted 8-5 Tuesday to repeal Initiative 77, which would have gradually raised the minimum wage for tipped workers from $3.89 to match the standard minimum wage by 2026.

Initiative 77 was approved by District voters with a 56 percent majority in a June primary election, according to The Washington Post. The subsequent repeal efforts have sparked a larger philosophical debate on the extent to which District politicians are obligated to implement legislation directly sanctioned by the public.

The current minimum wage for non-tipped workers in the District is $13.25 per hour, and is set to increase incrementally until it reaches $15.00 per hour in July 2020. Like most states, D.C. allows employers to pay tipped workers, such as waiters and bartenders, less than the hourly minimum wage. Employers are required to cover the difference if total earnings after tips amount to less than the minimum wage.

Proponents of Initiative 77 argue that tipped workers deserve the financial security of a professional wage in addition to gratuities, arguing that some employers do not fairly compensate workers.

The repeal of Initiative 77 signals the District’s lack of support toward low-income and minority workers, Georgetown University College Democrats President Maria Cornell (SFS ’20) wrote in an email to The Hoya.

“Initiative 77 would ensure that workers in the service industry receive the full minimum wage, and it would close loopholes employers use to undermine workers compensation and rights,” Cornell wrote. “Initiative 77 would have especially helped low-income workers and families of color. The repeal of Initiative 77 would further evidence the District government’s neglect of underserved and marginalized communities.”

Proposals like Initiative 77 make it more difficult to find a food service job, Georgetown University College Republicans Director of External Affairs Rowan Saydlowski (COL ’21) wrote in an email to The Hoya, speaking on his personal experience.

“I spent the summer working in Los Angeles, where the tipped minimum wage is the same as the regular minimum wage, and it is near-impossible to get a job waiting tables unless you already have prior experience as a server,” Saydlowski wrote. “Whether you’re a student looking for a summer job or a mother of three without work experience, Initiative 77 could take the option of server completely off of the table.”

Among tipped employees, consensus has been limited. Some servers support wage increases to secure a more reliable income, while others worry the policy encourages an overall decline in tipping, according to The Washington Post.

The repeal billis set to undergo a standard 30-day review period and requires a signature from the mayor to be passed. Bowser has opposed Initiative 77 in the past and signaled she would sign a repeal in a Sept. 28 news release.

The overturn of Initiative 77 is a joint effort between the D.C. Council and the Bowser administration to protect workers, Bowser said at a media event in Dupont Circle Sept. 28.

“Sometimes the council gets it wrong and sometimes the voters get it wrong, and in both cases the council has the obligation to fix it,” Bowser said at the event. “I have consistently stood and spoke for D.C. workers who do not want to see their wages decreased, and that’s exactly what will happen if Initiative 77 goes into effect.”

D.C. Council Chairman Phil Mendelson (D-At Large) defended the morality of overturning the initiative in a statement during a Sept. 17 hearing.

“If a law is a bad law it should be amended or repealed,” Mendelson said. “It doesn’t matter if the law was adopted by Congress, the voters, or ourselves.”

The D.C. Council attempted a last-minute compromise by incorporating parts of a proposed amendment by Councilmember Elissa Silverman (I-At Large).

The repeal legislation includes measures to address wage theft and sexual harassment in restaurants, but stopped short of Silverman’s goal of preserving Initiative 77 wage increases for tipped workers other than waiters and bartenders, according to The Washington Post.