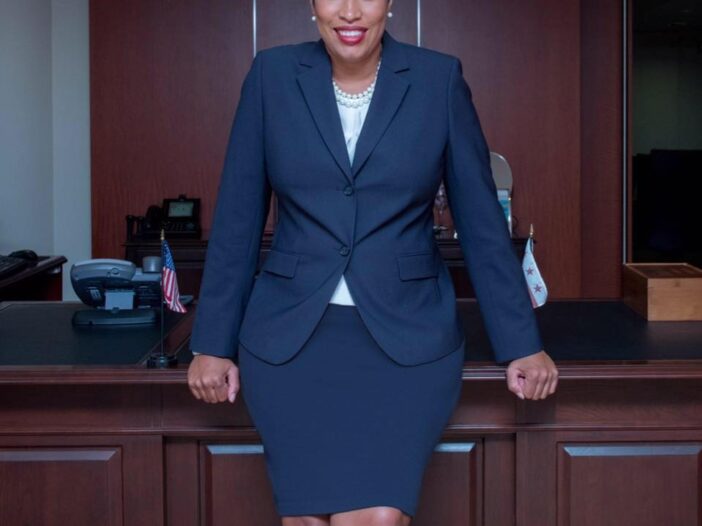 Washington, D.C. Mayor Muriel Bowser (D) established a new office to help mitigate the large influx of migrants that have been bussed into the District from Republican-controlled border states.

On Sept. 8, Bowser announced the creation of the Office of Migrant Services which will be considered part of the Department of Human Services and will work to provide additional support to non-governmental organizations (NGOs) that are currently aiding migrants in the District. Since the spring, D.C. has been struggling to manage the large influx of migrants that have been sent in on chartered buses by the Republican governors of Texas and Arizona.

Texas has spent more than $12 million as Republican Governor Greg Abbott vows to prevent border crossings in his state. Abbott has chartered buses for migrants who enter the United States to East Coast cities, often controlled by Democrats, such as D.C. Abbott has done so in a move to antagonize the Biden administration for its border policies and send these migrants to traditionally liberal cities.

Two planes carrying migrants were flown to Martha’s Vineyard on the night of Sept. 14, a move that Florida Governor Ron DeSantis has taken credit for. Abbott sent two buses of migrants to Vice President Kamala Harris’ residence in D.C. Sept. 15.

About 9,400 migrants have been bused to the District since the spring, according to a press release from the Executive Office of the Mayor. The press release describes the move as a political stunt designed to draw the attention of the White House.

“President Biden’s inaction at our southern border continues putting the lives of Texans—and Americans—at risk and is overwhelming our communities,” Abbott said in a recent press release from his office. “To continue providing much-needed relief to our small, overrun border towns, Chicago will join fellow sanctuary cities Washington, D.C. and New York City as an additional drop-off location.”

Abbott has claimed the move is in the best interest of both the migrants and the towns they have been seeking asylum in.

Elham Atashi, co-director and associate teaching professor in the Justice and Peace Studies program at Georgetown, said that while the bussing of migrants is a recent phenomenon, the issue of immigration is not a new crisis.

“The practice of loading migrants on buses and driving them to urban centers such as Washington, DC has shifted and artificially reconstructed border experiences,” Atashi wrote to The Hoya. “But it has also further derailed us in effective policies to deal with the cause of such large-scale migration, criminalized the issue and dehumanized the migrants.”

After declaring a public health emergency,  Bowser filed emergency paperwork for the Office of Migrant Services to the Council of the District of Columbia.

“With this plan, we are staying true to our D.C. values and building a system that will support a compassionate, consistent and well-coordinated response,” Mayor Bowser said in the press release. “This is a new challenge for D.C., but I feel confident that if we lead with our values, and if we put the right systems in place – which we are doing with the Office of Migrant Services, then we will lead a response that makes our community proud.”

The District government will allocate $10 million to the Office of Migrant Services. The money will provide both the government and NGOs the ability to serve more migrants who are arriving and seeking asylum. According to the press release, Mayor Bowser will request that the federal government reimburse the money.

The Office of Migrant Services will allow the District to respond to the arrival of migrants without the use of the D.C. National Guard. This program, which is separate from the houseless service system, will attempt to meet the needs of the migrant population, including food, accomodations and medical needs

According to Atashi, D.C. must act to support migrants who arrive and act to implement specific policies that accomplish this.

“Once the buses arrive in DC, it is up to the city of Washington DC not to derail and outsource the problem as Federal and shift the city’s response as prolonging effective policies into waiting for help,” Atashi wrote. “What is more useful is to begin to think about policies that can consider this as a problem for the community in Washington DC and to tap into resources for assistance, guidance and support.”