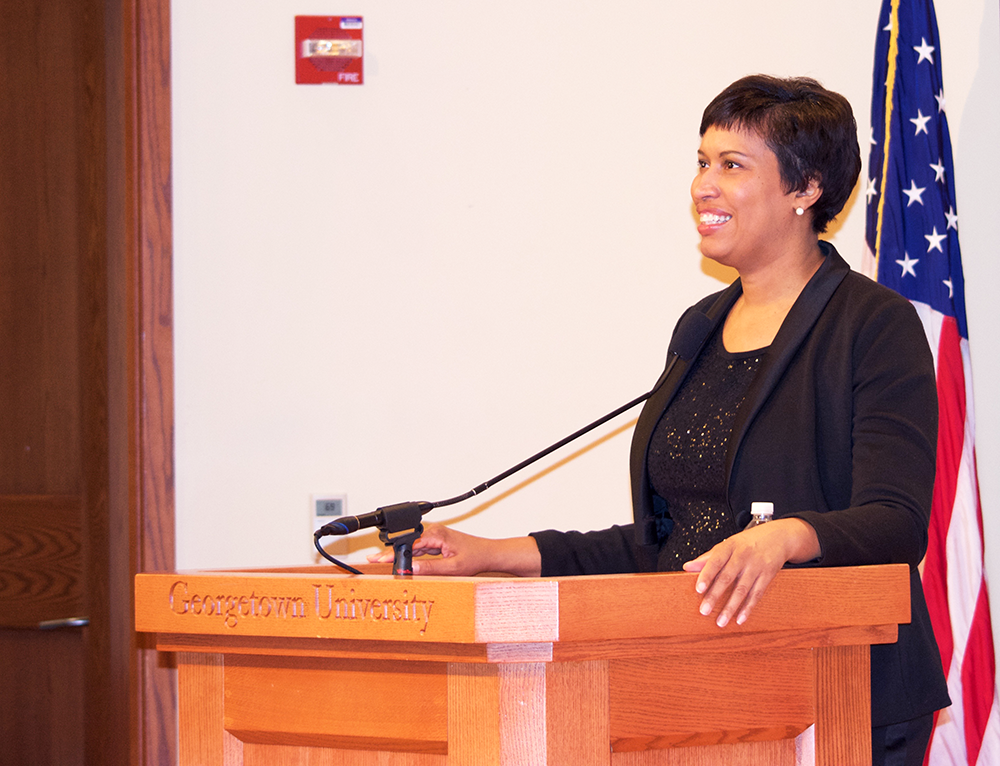 The Office of Mayor Muriel Bowser (D) granted permanent housing to 422 Washington, D.C. residents formerly experiencing homelessness through its Home for the Holidays initiative, which began in November 2017 and concluded Jan. 10.

The initiative, which exceeded its original goal of placing 400 households into permanent residences in two months, is part of Mayor Bowser’s five-year plan to improve services for individuals experiencing homelessness and reduce the occurrence of homelessness in the District.

The rate of homelessness in the District fell 10.5 percent from 2016 to 2017, during the first full year of the program’s implementation, according to a Jan. 10 news release from Mayor Bowser’s office.

Throughout the winter campaign, the D.C. Department of Human Services coordinated with local landlords to provide affordable housing for participants in the program and will continue to do so after the end of the initiative, Bowser said.

“Over the past two months, we’ve seen landlords step up and answer our call. Now, we want to build on that momentum,” Bowser wrote in a Jan. 10 news release. “This campaign may be ending, but our efforts to partner with landlords to get more residents on pathways to the middle class will continue until every resident has a safe place to call home.”

Bowser established the Landlord Partnership Fund in October 2017 to encourage landlords to provide affordable housing for Homeward D.C. targets. The fund was designed by the Downtown DC Business Improvement District and the Coalition for Non-Profit Housing and Economic Development and is designed to cover some costs to landlords with tenants whose rent is subsidized by the DHS. Covered costs include property damage or unpaid rent.

Combatting rampant homelessness in the District has been a key component of Mayor Bowser’s term.

“My Administration is committed to making homelessness in D.C. rare, brief, and nonrecurring and the Landlord Partnership Fund as well as the improvements we are making to our homeless services system are going to help us reach that goal,” Bowser wrote in an Oct. 6 news release.

Residents who have been placed in housing through the Home for the Holidays initiative will pay rent, but they will receive aid through subsidies determined by their financial situation.

DHS Director Laura Zeilinger said the initiative would not have been successful without community members’ support.

“It’s through the gracious and rapid response of our community partners and stakeholders that we’ve reached the placement goal of this ambitious campaign,” Zeilinger wrote in the Jan. 10 news release. “Our work doesn’t end here. We continue to ask landlords and District residents to work with us to reform the homeless services system and end long-term homelessness in the District.”

The final week of the program coincided with #PathwaysTotheMiddleClass Week, during which Mayor Bowser highlighted several of the programs her administration launched to expand economic prosperity across the District.

Home for the Holidays, as well as the greater Homeward D.C. plan, has eased the struggle to find affordable housing experienced by the District’s poorest. Edweana Rucker, a student who has a 2-year-old son and works part time, expressed her appreciation for the assistance provided by the initiative.

“It’s been a real struggle for me, so this is a very good opportunity,” Rucker told WTOP in December. “We’re excited, so thank you.”