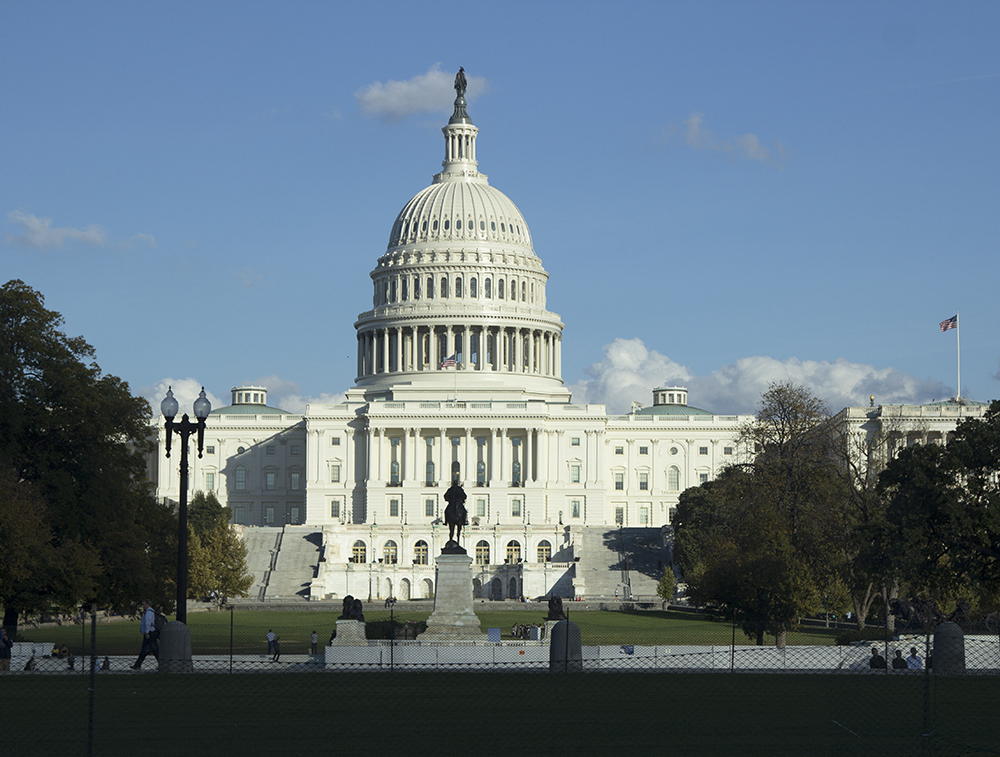 While the federal government was shut down for about 69 hours between Saturday morning and Monday evening, the Washington, D.C. local government remained open using funds granted by a 2017 provision introduced by Del. Eleanor Holmes Norton (D-D.C.), the District’s nonvoting delegate to the U.S. House of Representatives.

The provision, which was included in the fiscal year 2017 omnibus appropriations bill and signed into law by Congress on May 5, 2017, allowed the D.C. local government to access local funds during the recent shutdown. The D.C. budget includes federal and local funds.

The government shutdown began early Saturday morning after Congress failed to pass an appropriations bill and the continuing resolution that had kept it open for the past four weeks expired.

The bill was a forward-looking provision in anticipation of a potential shutdown, a spokesperson for Norton’s office told The Hoya.

The shutdown exemption was included for the first time following the 16-daylong federal government shutdown in 2013, and has been included in the spending bill every year since. Before the provision, the District had to prepare contingency plans whenever there was a threat of federal furloughs.

“The D.C. government has done its job and passed a budget and should not be caught up like a bystander paying the price for congressional gridlock,” Norton said in a Jan. 20 news release.

According to Norton’s website, the provision was the first step in her campaign to achieve budget and legislative autonomy for the District.

Prior to the shutdown, D.C. Mayor Muriel Bowser (D) called a news conference Jan. 19 informing residents the D.C. government would be open regardless of a federal government shutdown.

“The District isn’t vulnerable to federal shutdowns because Congresswoman Eleanor introduced the bill a couple years ago,” Foster said in an interview with The Hoya. “Everything is still functioning as normal — D.C. government agencies, public schools, hospitals — everything is still open.”

The D.C. government remained operational during the 2013 shutdown by using a special reserve fund.

In a Jan. 20 news release, Bowser announced agencies that had operated with no negative impact from the federal government shutdown. These included the D.C. Fire and Emergency Management Services, D.C. Public Schools, Department of Energy and the Environment, Department of Health, Department of Housing and Community Development, Metropolitan Police Department and the Office of the State Superintendent of Education.

A number of federal tourist attractions remained open, including the National Mall, the Smithsonian museums and the National Zoo, though some were unstaffed. The sites were able to remain open Monday using leftover funds from the 2017 fiscal year appropriation, however.

The Department of Employment Services would provide furloughed and uncontracted federal government employees with unemployment compensation benefits for the period of the shutdown, Bowser announced in a Jan. 20 news release.

The department anticipated approximately 17,000 federal employees would be furloughed, based on counts from the 16-daylong federal government shutdown of 2013, according to Tiffany Browne, public affairs consultant for the department.

“A representative from the unemployment insurance compensation department was assisting walk-ins at our DOES headquarters, but for the most part people were able to file their claims online,” Browne said in an interview with The Hoya.

Legislation ending the federal shutdown Monday night has since guaranteed pay for federal employees put on unpaid furlough during the shutdown.