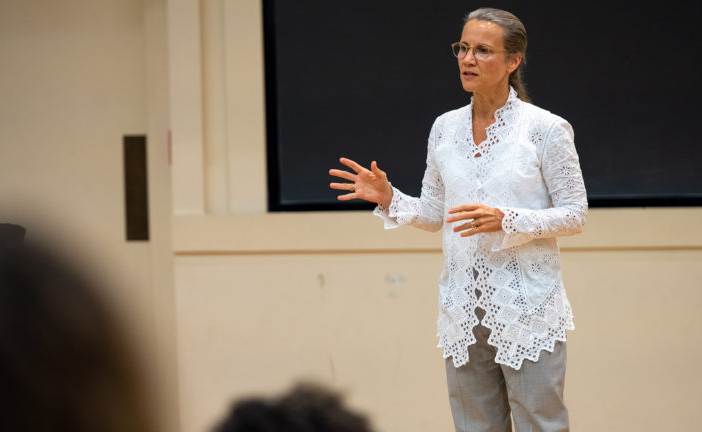 The first ever D.C. Music Census results revealed that Washington, D.C.’s community of musicians is over seven times larger than city officials expected.

There were 2,661 D.C. residents with a professional interest in music who took the survey, according to Celenza. While city officials believed around 350 musicians resided in the city before conducting the census, the research showed that over 2,500 musicians are based in the city, according to the results obtained by The Hoya.

“They spoke up, and we listened,” Celenza wrote in an email to The Hoya. “Their answers provide a wealth of detailed information about who make up the city’s music community and what they need.”

The survey was open to the public on the D.C. Music Census Website, but respondents were asked to live in the DMV Metro Area and have a professional interest in music, however. Sixty percent of respondents are musicians, while the other 40% work in the industry in adjacent roles like teaching, advocacy and manufacturing. Over half of these individuals have a primary job outside of music, but 35% do have a music-based career, according to the results.

The census data was collected as a part of Bowser’s 202Creates initiative, which aims to promote D.C.’s creative economy. The information will benefit individuals and businesses active in the city’s music economy, according to Chief Communications Officer for the Office of Cable Television, Film, Music and Entertainment Michael Mitchell.

“We hope the information will help the community, and all public and private partners continue further grow the music economy in DC and support the music community to flourish,” Mitchell said in an email to The Hoya.

Celenza approached Bowser’s office about conducting a music census in 2017, but the teams did not officially partner until after Celenza received $20,000 for a census of the D.C’s jazz community from the Georgetown Provost’s Office Pilot Grant Program for Faculty Research. The Mayor’s Office then matched the funding and began the DC Music Census project in October of 2018, Celenza wrote.

It is not surprising that city officials found the community of musicians to be larger than they expected, according to Tom Meyer, the president of Clyde’s Restaurant Group, which includes local music venues The Hamilton and The Soundry.

“I think the music scene in this city is very vibrant,” Meyer said in an interview with The Hoya. “There’s just constantly new talent and new people popping up in town.”

The census found that music industry members who participated in focus groups ranked professional and revenue development as a top priority followed by industry development, civic engagement, advocacy and regulatory issues, according to the census.

Having watched the local music scene’s evolution, Meyer believes in doing whatever he can to help up-and-coming musicians, he said.

“I am profoundly thankful and proud of this town for the amount of talent that’s here,” Meyer said. “It’s really remarkable, and it spans from hip-hop to jazz music to rock and roll to classic rock. There’s a really vibrant blue grass scene here. It really cuts across all genres of music at a really high level.”

D.C. is considered the birthplace of go-go music, a subgenre of funk, and had a thriving hardcore punk scene in the 1980s. Musicians like Duke Ellington, Chuck Brown, Marvin Gaye and the members of Fugazi all called the District home.

The large, diverse and engaged community of musicians in the area can enrich the music program at Georgetown, according to Georgetown’s Music Program Director Anthony DelDonna.

The census provides valuable data about the community of musicians in D.C. and their work, according to DelDonna.

“Music is a discipline in which there is constant growth and change as well as interaction,” DelDonna said. “Therefore, the ability to have an understanding of a defined community allows us to think about building bridges whether in the form of collaboration, mentorship, or professional development.”

After previously working with local nonprofits and city officials through 202Creates, Celenza noticed a lack of information on D.C.’s music scene and was inspired to launch the census, she wrote.

The team that conducted the census is continuing to process the data and complete the final report, Celenza wrote. The results will prompt changes that are advantageous to the city’s music community in the future, she said.

“Now that we’ve completed the census, we have a better understanding of who the music people are in DC and what they need,” Celenza wrote. “The census report won’t mark the end of the project, but the beginning. Now that we’ve got the data, we can begin to make some positive changes that will benefit DC’s music community and help it grow.”