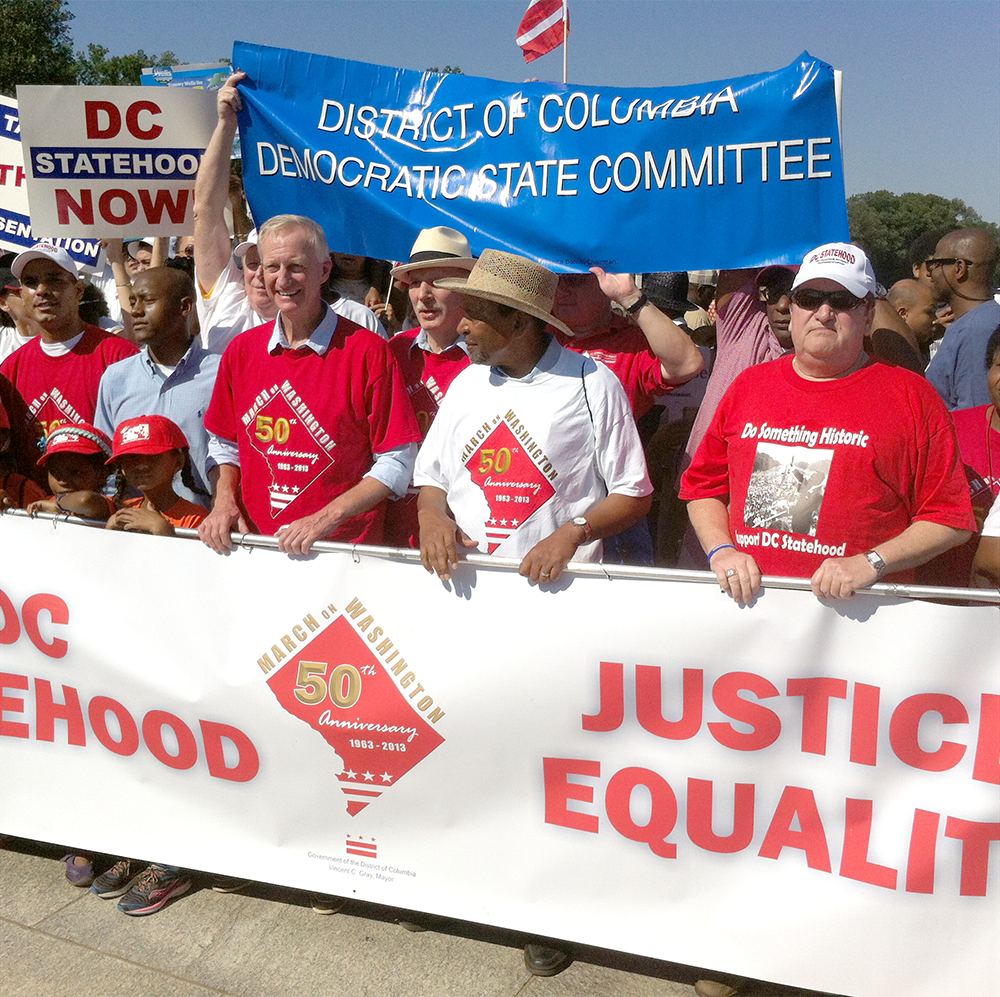 In the latest of a series of actions to foster statehood for Washington, D.C., Mayor Muriel Bowser (D) called for a November citywide vote to make D.C. the nation’s 51st state in a speech delivered on Emancipation Day, on April 16.

Despite progress in District independence, including a March 18 ruling upholding the city’s right to make budgetary decisions without congressional approval, Bowser conveyed her frustration at D.C.’s continued lack of voting representation.

According to The Washington Post, Bowser expressed this discontent and her plans for attaining statehood at a breakfast meeting with city residents, Democratic members of Congress and civil rights leaders April 15.

“It’s going to require that we send a bold message to the Congress and the rest of the country that we demand not only a vote in the House of Representatives,” Bowser said. “We demand two senators — the full rights of citizenship in this great nation”

The District currently appoints two nonvoting shadow senators, Paul Strauss and Michael Brown, to represent it in the Senate. In the House of Representatives, delegate Eleanor Holmes Norton (D-D.C.) represents D.C., and although she can introduce legislation, she does not possess the right to vote on the final passage of legislation.

The D.C. Home Rule Act of 1973 granted a step toward sovereignty by allocating certain congressional powers to the District’s local government. However, the only vote on D.C. statehood occurred in 1993 and was defeated in the House after a floor debate.

To achieve statehood, Bowser is proposing a revision of the District’s 1982 constitution to emulate the Tennessee Model based on how Tennessee became the 16th state, which provides an abbreviated path toward statehood that does not require ratification from existing states. According to The Washington Post, constitutional scholars have also advised Bowser to consider allowing voters to decide whether to repeal the U.S. Constitution’s 23rd Amendment, which gives D.C. residents the ability to vote for president but not congressional representatives.

Though the revisions would provide a fairly swift path to independence from federal jurisdiction, the District’s constitution still contains amendments dictating various requirements should statehood be obtained. For example, the constitution would require the new state to supply jobs or sufficient salaries to all residents.

On Emancipation Day — which marks the anniversary of the end of slavery in D.C. —  Bowser expressed frustration at the lack of representation D.C. has within the federal government due to its position as a federal district and not a state.

“One hundred and fifty-four years after President Lincoln abolished slavery in the District of Columbia, we remain at the mercy of those we did not elect to office,” Bowser said. “It is just not right, and we must stand together until our rights are recognized.”

“In the foreseeable future, the District is not going to get two senators. If the District had two senators, that would increase to 102 the number of senators and that would give the Democrats two more. Republicans are going to oppose that,” Wayne said. “Every one of the states would feel that they’re going to be losing a little power if two more senators are added.”

In addition to advocating statehood, Bowser’s office is also working for budget autonomy. After Superior Court Judge Brian Holeman ruled in favor of the District’s control over their budget March 18, Bowser and the D.C. Council began plans to spend the city’s $13 billion budget without waiting for congressional approval.

Christopher Murphy, Georgetown’s government relations and community engagement vice president, voiced his concerns on budget autonomy as the District waits to see if federal lawmakers will implement action to stop the spending.

“I’m excited that the District in theory has such autonomy. I think that’s terrific, but I’m anxious about how this is going to play out in the future,” Murphy said. “If Congress doesn’t overturn it, then it’s going to look like a really brave move. On the other hand if Congress does overturn it, it would be the first time in many years that Congress has decided to be adversarial with the District.”

The D.C. Council is also attempting to change its license plates, which have displayed the slogan   “Taxation Without Representation” for 16 years, an allusion to Congress’ ability to spend D.C. tax money without representation from District voters.

D.C. Councilmember Charles Allen (D-Ward 6) introduced a bill April 19 to make “End Taxation Without Representation” the new D.C. slogan. License plates would include the phrase “We Demand Statehood” for $51 apiece.

Hughes expressed doubt that the District would successfully achieve statehood status, but highlighted District officials’ efforts to spur momentum on the issue.

“I think it is unlikely because of the institutional stickiness of it. Even when Democrats had the Senate and the House, there was a minor push there, but it still didn’t quite catch fire,” Hughes said. “Seeing this much of a push from the government of the District of Columbia is interesting, because it has always been on the backburner.”

Georgetown Students for D.C. Statehood founder and President Annie Mason (COL ’18) highlighted the potential for university students to become involved in the campaign for statehood, which she stressed as central to the fair representation of D.C. residents.

“Georgetown Students for D.C. Statehood is hoping to actually work with Mayor Bowser’s office directly in the future to help her,” Mason said. “I think it’s very important that Mayor Bowser is uniting a front of D.C. residents and people all across the country to show that in order for D.C. residents to get full rights as U.S. citizens, statehood is a necessity.”

Clarification: Hughes’ views are independent of the position of GUSA’s Federal Relations Office on D.C. statehood.