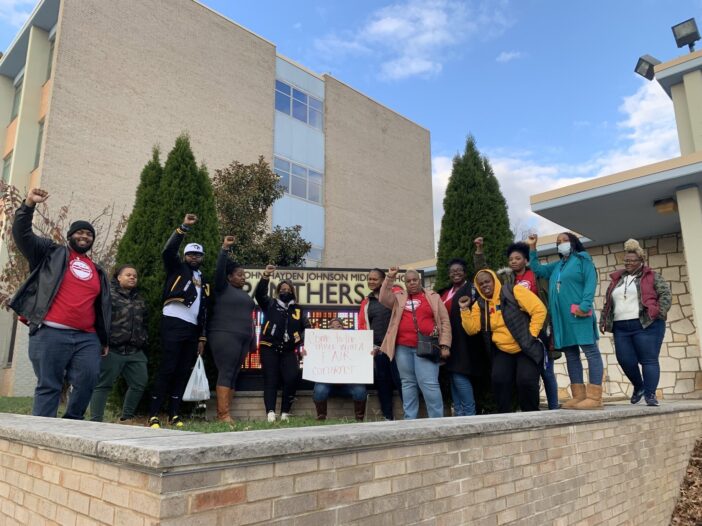 D.C. Public Schools (DCPS) reached a tentative agreement with the Washington Teachers’ Union (WTU) that is expected to increase teacher wages over the next four years.

The Nov. 23 agreement comes after three years of negotiations that followed the 2019 expiration of their previous contract. Earlier this month, DCPS teachers held demonstrations in front of at least five local schools to push for a new contract that offers more staffing, smaller classes and guaranteed lesson planning time.

The new contract is set to include a 12% salary increase over four years, an additional 4% signing bonus and a significant increase in administrative premiums, according to a joint Nov. 23 statement from Washington D.C. Mayor Muriel Bowser, Chancellor Lewis Ferebee and WTU President Jacqueline Pogue Lyons.

In the statement, Bowser, Ferebee and Lyons said the District has a great appreciation for its over 5,000 educators.

“We love our teachers, and we want Washington, DC to be the number one city for teachers—a city where teachers stay at their schools and live in our city. Beyond pay and benefits, it was important for this agreement to reflect the respect the District has for teachers and the work they do for DC’s students,” the Nov. 23 statement reads.

This new contract aims to improve DCPS not just for teachers, but also for students, according to the same statement.

“Together, we want to thank all of our DCPS teachers for consistently making DC proud, building and keeping the trust of our families, and above all, loving and empowering our young people,” the statement reads. “We believe this tentative agreement is fair for teachers and good for students.”

DCPS Press Secretary Enrique Gutiérrez said the District will benefit from teachers receiving more competitive wages and back pay for their work during the pandemic.

“With this new contract, we hope to not only retain our incredible educators, but also attract new teachers to the system,” Gutiérrez wrote to The Hoya. “As Mayor Bowser has said, we want DC to be a city for teachers.”

The contract, which has been publicly celebrated by the WTU, will help DCPS recruit talented teachers by offering wages that are competitive with other districts, according to the statement.

The statement also expresses hope that WTU members will vote on the contract in the next few weeks. The contract will then be sent to the Council of the District of Columbia for approval, likely in December.

WTU acknowledged the work of not only the contract negotiators but also members of the public who advocated for educator raises in a Nov. 23 tweet.

“We are thankful for you, for your letters and calls to the mayor, and for waking up early with us to march. And we’re thankful for a fair contract,” WTU wrote in the tweet.

Other community members and groups including EmpowerEd, a local organization that is working to make DCPS more equitable, have expressed their support for the tentative contract.

According to a Nov. 23 statement from EmpowerEd, the new contract is only the first step in appropriately compensating DCPS teachers for their work.

“A raise in wages and a fair contract is the very least owed to our phenomenal educators who have done so much to serve our students and families over the past few years,” the statement reads. “Now it’s time for city leaders to finally address the root causes of DC’s teacher turnover crisis.”

The new contract conveys the overwhelming gratitude the District has for the work teachers do for the local community, Gutiérrez said .

“We know the indelible role our educators play in creating loving, nurturing school environments that ensure our students are successful in the classroom and in life,” Gutiérrez wrote. “This contract sends a signal to our teachers that we value them and are grateful for their service to our school communities.”