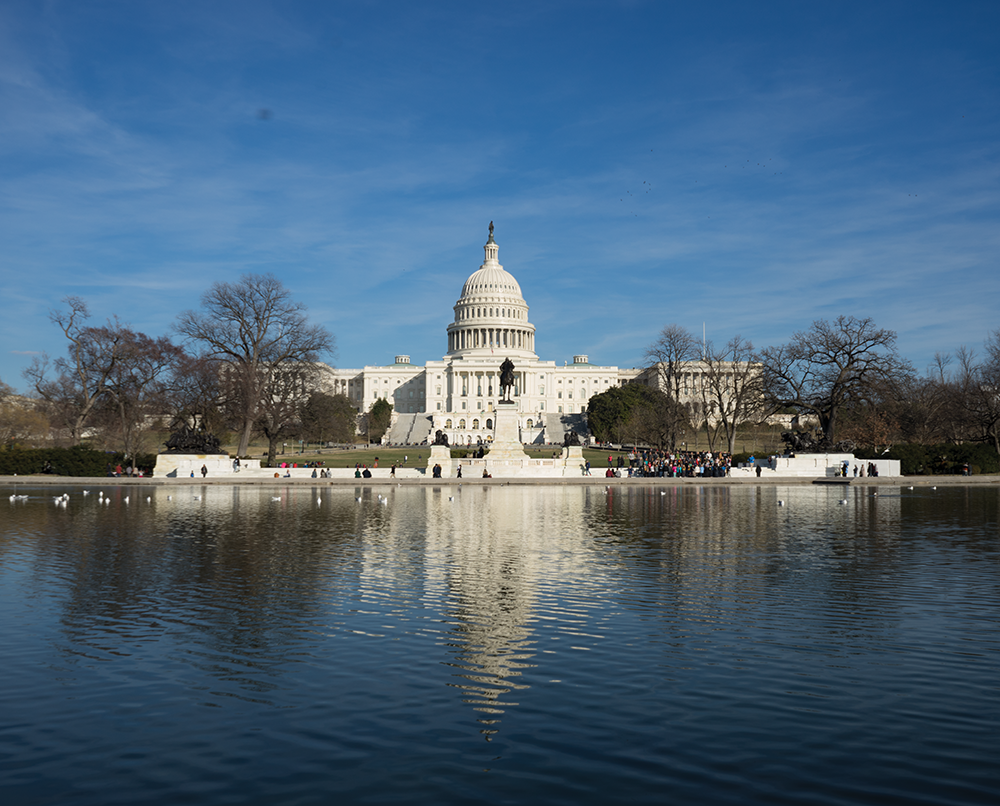 Eleven Washington, D.C. residents filed a lawsuit in the U.S. District Court for the District of Columbia alleging that the lack of representation for D.C. residents in Congress violates constitutional provisions.

The lawsuit, filed Nov. 5, names 10 plaintiffs, all of whom are D.C. residents, and was filed in conjunction with the D.C. Appleseed Center for Law and Justice, a nonprofit organization that works to address public policy problems in the District. The complaint alleges that Congress’ refusal to grant voting rights to D.C. residents violates equal protection, due process and the First Amendment, as Congress has granted voting rights to citizens living in military bases or overseas territories

“At the heart of this lawsuit is the confidence D.C. residents have had for more than two centuries that the founders, who went to war on the slogan of no taxation without representation, never intended their own nation’s capital to be an exception,” Norton said at a Nov. 5 press conference. “This brilliant lawsuit raises new issues that one does not have to be a legal scholar to understand: Congress can give the District representation in the Senate and House, as it has done, for example, for Americans living overseas.”

“Denying District residents voting representation in Congress denies us the ‘equal protection of laws’ enshrined in the 14th Amendment,” Racine wrote in an email to The Hoya. “We support the goals of D.C. Appleseed’s lawsuit to give D.C. residents full voting rights.”

Similar lawsuits, Adams v. Clinton and Alexander v. Daley, were unsuccessful in 2000. In the lawsuit, Judge Merrick Garland held that the Constitution does not guarantee its citizens the same voting rights as residents of states.

Later, in the D.C. Voting Rights Act of 2007, Congress determined it has the power to give voting rights to those who do not live in a state under the District Clause and has done so on various occasions, such as for those living in military bases, according to D.C. Appleseed.

Luc Nikiema (COL ’20), a D.C.resident, cited concerns over taxation without representation among his reasons for supporting the lawsuit.

“We pay the highest federal taxes per capita while being denied right to vote and that is unjust. DC residents deserve to have equal rights and representation in Congress,” Nikiema wrote in an email to The Hoya.

The current lack of representation is “frustrating,” according to Maria Cornell (SFS ’20), chair of Georgetown University College Democrats.

“GUCD stands firmly against all kinds of voter suppression, and the silencing of D.C. residents’ political voice is extremely frustrating,” Cornell wrote in an email to The Hoya. “It is especially important to consider that a majority of long-term and indigenous D.C. residents are people of color and members of the working-class, and they are the ones not being fully represented.”

Some proponents of voting rights for D.C. residents advocate for even greater representation in Congress, arguing the District should be granted statehood through a constitutional amendment. In 2016, 86 percent of D.C. voters approved an advisory referendum in support of statehood.

The lawsuit may help raise awareness on the issue of voter representation even if it is ultimately unsuccessful, according to D.C. voter Maddy Taub (COL ’18), who founded Georgetown’s Students for D.C. Statehood club during her time on campus.

“It is written in the Constitution that D.C. shouldn’t have statehood, but because the population has grown so much since the founding of America, we’ve really come to a point where there’s a bunch of citizens who are paying federal taxes that are higher than most other places in the country and aren’t getting statehood,” Taub said.

Granting D.C. statehood would be unconstitutional, according to Georgetown University College Republicans President Jake Lyons (COL ’20), but he expressed support for full representation.

“Our country was formed by states with DC being special city — not a state,” Lyons wrote in a statement to The Hoya. “Realizing though the need for full representation — I believe the most tangible and constitutional way of doing this would be to return D.C. to Maryland while keeping the area around Federal Buildings and National Mall as the separate District. Alexandria was included in the District but was given back to Virginia — so a solution like this is not unprecedented.”