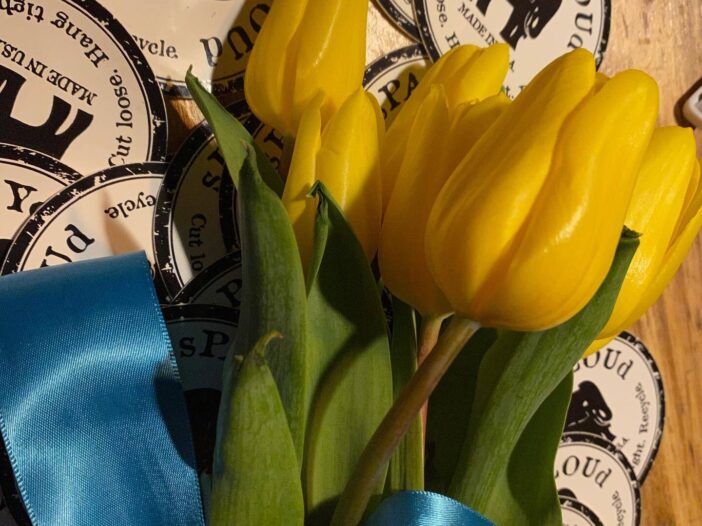 Restaurants across Washington, D.C. are finding ways to support Ukraine through events, special food items with the proceeds going to aid Ukrainians and donations.

The efforts to provide relief to Ukrainians come after Russia invaded the country on Feb. 24, which led to a humanitarian crisis and more than 500,000 refugees fleeing the country. Since the Russian invasion, international organizations have provided aid to the people of Ukraine and refugees to ensure their safety.

District restaurants joined in these efforts, with many offering special promotions with the goal of donating the profits.

il Canale, a popular Italian restaurant in the Georgetown neighborhood, will donate 10% of its proceeds toward medical aid and humanitarian relief for the front lines in Ukraine.

The restaurant hopes to provide a way for its staff and guests to raise funds in support of Ukraine in their day-to-day lives, according to il Canale’s General Manager Alessandro Farruggio.

“I saw many people who wanted to do something but were unsure how or were caught in their work that they were unable to put the time aside to see what they can do,” Farruggio wrote to The Hoya. “I wanted to give everybody an opportunity to participate in supporting Ukraine.”

Farruggio hopes that il Canale can raise awareness about the humanitarian crisis in Ukraine throughout the Georgetown community.

“Il Canale is very thankful for the support we get from the community and this city so we only feel it is right to turn that support into something that can help many people,” Farruggio wrote. “We hope that guests will become more aware of what is happening in Ukraine and share with others to look for other ways to help.”

sPACYcLOUd, a vegan Eastern European restaurant and lounge in Adams Morgan, celebrated Maslenitsa, a Ukrainian religious and folk holiday, with traditional Ukrainian food and live music March 2 as a fundraiser for Ukrainian relief efforts and to show solidarity with Ukraine, according to Founder Tati Kolina.

“I am half Ukrainian and half Russian. I lived in Ukraine and have many Ukrainian frields in USA and Ukraine,” Kolina wrote. “I am against war and I want to express condemnation of what Putin and his government are doing in Ukraine. I want to show support and solidarity to my brothers and sisters of Ukraine.”

sPACYcLOUd will also host an International Women’s Day fundraiser for Ukraine on March 8, where 50% of proceeds from ticket sales will support Ukrainian women.

Elli Benchimol, the owner of Georgetown’s champagne and caviar bar, Apéro, has vowed to no longer purchase Russian products, and is planning to organize a fundraiser in support of Ukraine to sell the Russian vodka that is still in stock.

Apéro is offering Russian vodka martinis and a Ukrainian cocktail, and the proceeds from the drinks will go to José Andrés, chef and founder of World Central Kitchen, a nonprofit that provides meals to people facing humanitarian crises. Andrés has been at the Ukrainian border providing meals to refugees fleeing Ukraine.

Ivy & Coney, a bar located in the Shaw neighborhood, converted its annual Fat Tuesday celebration into a fundraiser for HIAS, a Jewish nonprofit that has a team on the ground in Poland to assist Ukrainian refugees, according to Co-Owner Chris Powers.

“We are outraged and saddened by the unnecessary loss of life in Ukraine,” Powers wrote. “Fat Tuesday for us is a celebration of polish culinary traditions and based on that connection we wanted to support their efforts to welcome refugees from Ukraine.”