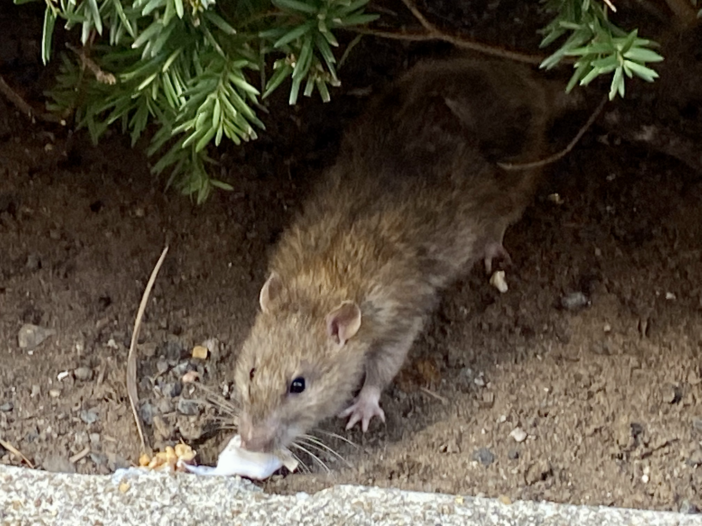 Rat numbers are increasing across Washington, D.C., as the city recovers from the pandemic, with rat-related complaints more than doubling in the District from 2018 to 2022.

The resurgence in rats comes as restaurants reopen, students move back into dorms and people return to the office. D.C.’s service hotline received over 13,300 rat complaints this fiscal year, more than twice the reports it received in 2018. Other major cities are also facing an increase in rats, with New York reaching 21,600 rat complaints last month, a 71% increase from the number of complaints made in Oct. 2020, according to New York’s Sanitation Department.

Bobby Corrigan, a leading urban rodentologist at RMC Pest Management Consulting and a former research scientist for the New York City Department of Health and Mental Hygiene, said the repopulation of D.C. — and the associated food and trash humans create — is driving the increase in rats.

“This rat in our cities almost depends entirely on you and I for sustenance and shelter,” Corrigan said in an interview with The Hoya. “And so, during the pandemic as you know, we all know, the pandemic pause affected us. It affected lots of animals, but all of a sudden the rats in March of 2020 found themselves without the gravy train anymore.”

The brown rat, which rodentologists refer to as the Norway Rat or by its scientific name, the Rattus norvegicus, is the most common species in D.C.

Corrigan said that in the first month of the pandemic, areas that typically have crowded restaurants which produce high volumes of food and trash, such as Capitol Hill and Foggy Bottom, were closed, bringing rat numbers down.

“All of a sudden there’s no food,” Corrigan said. “You can’t reproduce, obviously. You can’t live for too long, and stress suppressed all these populations.”

Corrigan said rodentologists cannot specifically quantify this year’s increase in rat numbers, because it is difficult to accurately track creatures who are so mobile and who hide in so many places like sewers and drains.

However, Corrigan has conducted surveys with pest professionals who provide services to those dealing with rat problems. He said his surveying involves contacting three long-tenured pest control companies in major cities nationwide a few times a year to gather estimates on the demand they’ve received for rat issues. According to his surveying, there has been a 15-35% increase in service requests for rat-related issues across the eastern megalopolis, which stretches from Boston to D.C.

Corrigan said another way to measure the increase in rats is to look at the spike in complaints the public has been making to the government and D.C. Health.

D.C. Health did not respond to The Hoya’s requests for comment.

Even though rats carry multiple pathogens that cause diseases including the bacterial disease leptospirosis, and monkeypox, which can lead to symptoms like fevers and rashes, Corrigan said the likelihood of rats actually transmitting a virus to humans is low.

“If you go home tonight and there’s a rat and you can hear it scurrying about in your ceiling,  psychologically that’s going to really get to you,” Corrigan said.

Zayan Baig (NHS ’25), a resident assistant in Darnall Hall, said he’s seen multiple rats on the northeast side of campus.

“I find that no matter when I’m walking in that area, especially at night, I find at least one if not multiple rats scurrying around campus, so it’s just something that you see everywhere,” Baig said.

Baig said he worries the increase in rats will have implications students don’t fully consider, one of which is that rats will enter Epicurean and contaminate the food offered to students.

“Based on how frequently those rats are moving around in the area, I would not be surprised if one just got in there,” Baig said. “It’s not very well guarded. You only have the two double-doors to get in.”

A university spokesperson said officials monitor and respond to reports of rats and other rodents on campus, but they have not seen any increase in rat reports this year.

The spokesperson said students, faculty and staff can report rodents by submitting a service request.

“While we have not observed an increase in rats on campus this year, rodents and other pests are not uncommon in an urban environment, especially when the weather outside becomes extremely cold or hot,” the university spokesperson wrote to The Hoya. “The Department of Planning and Facilities Management coordinates pest control inspections on campus.”

Baig said running into rats frequently has recently become a normal part of his experience at Georgetown.

“This is a reality I have to adjust to unfortunately,” Baig said. “I think I’ve kind of become, and I hate how I say this, I feel like I’m desensitized to it now. I see rats and I’m just like ‘oh cool.’”