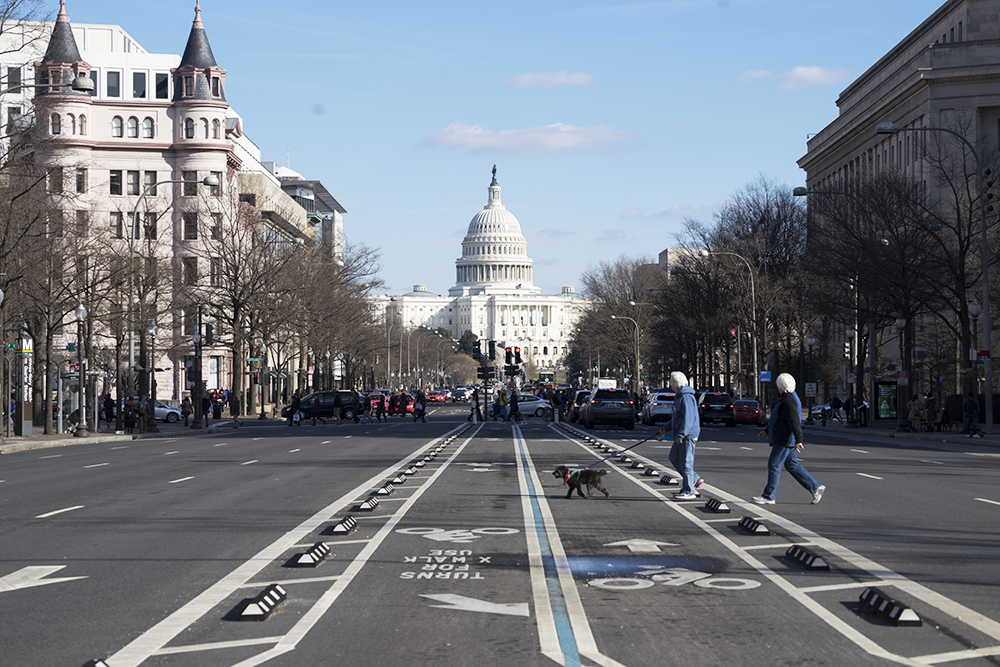 A bill to grant statehood to Washington, D.C., reached a supermajority co-sponsorship by Democrats in the House of Representatives on Thursday with the signatures of four new representatives, meaning that over 75 percent, or 146 members, of the House Democratic Caucus supports the bill.

However, a Republican-controlled Congress poses a threat to the bill’s passage. Republican leaders in Congress have made it clear that they oppose giving more autonomy to D.C. In recent weeks, congressional leaders have taken steps to ramp up more oversight and control over the District, with plans to loosen the city’s gun laws and attack the city’s newly enacted assisted suicide law and use of local funding to provide abortion services for women.

Introduced by D.C.’s nonvoting representative in the House, Del. Eleanor Holmes Norton (D-D.C.), the bill is the latest development in a decadeslong effort by D.C. officials and residents to achieve full statehood for the District. This development makes this bill the highest co-sponsor count of any D.C. statehood bill so far. With this landmark high, the bill has been lauded as a significant milestone by Holmes and D.C. Mayor Muriel Bowser (D).

The bill would separate a federal district, which includes the Supreme Court, Congress and the White House from the city of Washington, according to the mayor’s Director of Federal Affairs Eugene Kinlow.

D.C. would become a state with full congressional representation and the same degree of self-government afforded to the other 50 U.S. states. D.C. does not have any representatives in the Senate.

Bowser’s office has made efforts to move the statehood issue forward in recent months, after beginning in earnest in November 2016, when 86 percent of D.C. residents voted in favor of statehood in a referendum that month.

According to Kinlow, that referendum “set the ball in motion,” prompting Bowser to send a letter to representatives on Capitol Hill urging them to sign on to Norton’s bill as co-sponsors. Kinlow credits this letter, in part, with the bill’s success so far.

For all the mayor’s efforts, the bill remains 72 votes away from passage in the House, let alone the Senate. However, Kinlow considers the high co-sponsor count a milestone for the movement.

“This is a high-water mark. [It means that] we have more co-sponsors for this piece of legislation than we’ve ever had. We’re excited,” Kinlow said in an interview with The Hoya.

“I think it’s significant in that it shows that the movement for D.C. statehood is getting the support of the Democratic party, and I suspect that it will continue to gain support,” McGough said. “I would be very surprised if it gained enough support in both parties to move the ball forward to [the point] where you would actually have legislation to push statehood forward anytime soon.”

The bill is significantly more popular among Democrats than Republicans because of the assumption that new D.C. members of Congress would be Democrats, McGough said.

Norton said she sees this bill more as a method of building inertia for the movement, rather than as a real contender for immediate passage into law.

“I thank my colleagues for helping us build momentum, ensuring a lasting foundation even while Republicans control both houses of Congress and the White House,” Norton said in a Feb. 14 news release. “My colleagues are helping us to be ready for when we get a congressional majority that will demand equality of citizenship, particularly for D.C. residents, who rank number one in federal taxes per capita paid to support our government.”

Kinlow said the D.C. statehood is more relevant now than ever.

“This country has been involved in a number of tremendous conversations up on Capitol Hill that define our values over the last couple of months, whether it’s in respect to a budget, or a tax cut, or immigration,” said Kinlow. “It’s not a full conversation without the voice and the vote of the citizens of Washington, D.C.”