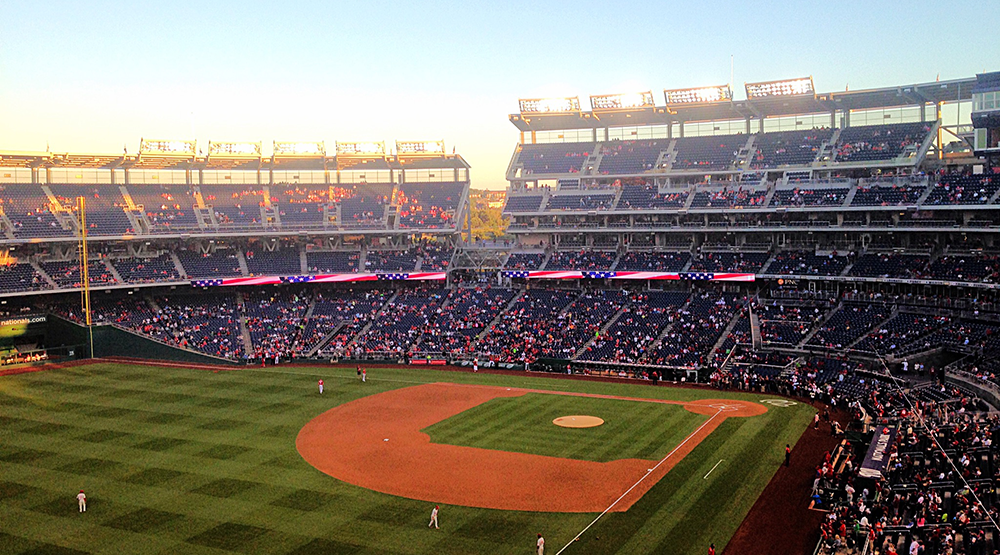 Forty-nine years after Washington, D.C., last hosted the Major League Baseball All-Star Game, the annual festivities will return to the city in 2018 for the first All-Star Game to be held at Nationals Park.

MLB Commissioner Robert Manfred Jr. announced the plans for the Nationals to host the 89th Midsummer Classic during a press conference April 6, the opening day for this season.

“I am pleased that the Nationals will have the opportunity to host the Midsummer Classic for the first time since Major League Baseball returned to our nation’s capital in 2005.  The best sporting event of the summer, which will be held one decade after the opening of Nationals Park, will add a new chapter to the long and distinguished baseball tradition in Washington, D.C.,” Manfred said.

“As the stewards of the national pastime in the nation’s capital, hosting this event has been a goal of ours from the beginning,” Lerner said. “We’re confident that under Mayor Bowser’s leadership, the city will be a superb host for All-Star week and we look forward to welcoming baseball fans from around the world to beautiful Nationals Park.”

Hosting such a high-profile MLB event is significant for the city, considering its rocky history with baseball. The District was without a baseball team for 33 years after the Washington Senators moved to Arlington, Texas, in 1972, changing their name to the Texas Rangers. Prior to the Senators’ move, D.C. hosted the All-Star Game four times in 1937, 1956, 1962 and most recently in 1969.

The Washington Nationals, who moved to the nation’s capital from Montreal where they used to be the Expos, brought baseball back to D.C. in 2005, and Nationals Park opened in 2007.

Jimmy Lynn, a professor in Georgetown University’s Masters in Sports Industry Management program, highlighted this history of the sport in D.C.

“This is fantastic for the community that went without baseball to host a high-profile event which is a marquee event for Major League Baseball,” Lynn said.

Lynn added that hosting a popular national event is beneficial for the entire city and explained how All-Star games focus on other promotional aspects beyond the game itself.

“I think there is a lot of carry-over for other sports but just the city in general. It puts the city on the map for those couple of days,” Lynn said. “It’s not just an All-Star Game on Tuesday. They also do a lot with fan experience: D.C. is trying to reach out to the younger generation of fans and play into that, and I think they’re going to create an All-Star Game experience where fans can come and experience interactive places around the ballpark. It’s just a huge win for the city and a huge win for the team.”

Mayor Muriel Bowser also emphasized the impact hosting the 2018 MLB All-Star Game will have on the growing image of the city as a sports town.

“D.C. is not just a political town that hosts presidential inaugurations and heads of state; we are a great sports town, too,” Bowser said. “I am proud of the work of the Washington Nationals organization both on and off the field.”

Though accommodating such a large sporting event poses potential challenges, Lynn said he was not concerned about D.C.’s capability to host a successful All-Star weekend with the help of MLB. Instead, he noted that the experience could make D.C., which submitted an unsuccessful bid to become the U.S. candidate to host the 2024 Olympic Games, more attractive to hosting major events in the future.

“[D.C.] absolutely does have the capacity,” Lynn said. “Whether it’s a World Cup or an Olympic committee, when they look at host cities, they look at, has that city hosted a major event? The more DC hosts high-profile events, this will be positive for the city in general.”