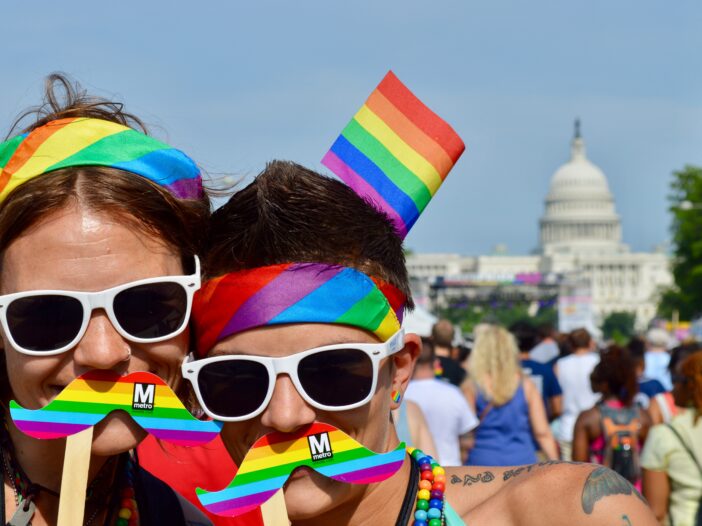 The Capital Pride Alliance (CPA) of Washington, D.C. announced the District will host WorldPride, one of the largest LGBTQ+ celebrations in the world, in 2025.

InterPride, a worldwide pride alliance consisting of more than 400 pride alliances, announced D.C. as the host city for the 2025 festivities on Nov. 4. The initial 2021 hosting bid from Capital Pride Alliance, a nonprofit organization that organizes Pride events throughout the District, was rejected when Taiwan was initially selected to host the 2025 event. A disagreement between Taiwan and InterPride regarding the name of the event led to the WorldPride 2025 Taiwan Preparation Committee withdrawing from hosting duties. The CPA ultimately sent in a successful bid to host WorldPride 2025.

Members of CPA dedicated their time to promoting their bid and speaking on behalf of D.C. at InterPride’s Annual General Meeting and World Conference in Guadalajara, Mexico. Members at the conference debated where WorldPride 2025 would be hosted after plans with Taiwan fell through. The majority of members voted that D.C. would serve as the host, according to Ryan Bos, the executive director of CPA.

CPA is currently planning for WorldPride events to take place between May 22, 2025, and June 8, 2025. A variety of cultural programs in collaboration with other local LGBTQ+ organizations will be featured at WorldPride, including Trans Pride, Latinx Pride, AAPI Pride, Silver Pride and Youth Pride. CPA will also hold a Human Rights Conference in conjunction with DC Black Pride, specialized Pride events that focus on celebrating the intersectionality of queerness and other identities.

“CPA is thrilled and honored to have been awarded the privilege of hosting WorldPride 2025,” Bos said in a press release. “WorldPride provides an expansive platform to further the fight for civil and human rights by inspiring changemakers, while collectively celebrating our achievements, diversity and resilience as a local, national and global community.”

April Sizemore-Barber, associate professor in the women’s and gender studies program at Georgetown University, said she believes the District being chosen as the host for WorldPride 2025 represents an important opportunity for the United States to reject rising anti-LGTBQ+ ideologies.

“At a time when US politicians feel increasingly empowered to run on anti-LGBT — and particularly anti-trans — platforms, an event like WP brings the masses of queer people to the seat of government, showing in sheer numbers the many who will be impacted by homophobic policies,” Sizemore-Barber wrote to The Hoya.

Sizemore-Barber emphasized the need for protest and resistance among LGBTQ+ communities in the face of hostility to the right to privacy and concerns regarding future Supreme Court rulings on LGBTQ+ rights.

“As we’ve learned from the Supreme Court’s recent ruling on Dobbs, those rights to privacy and bodily autonomy that seemed sacrosanct can all too easily be overturned against the will of the majority,” Sizemore-Barber wrote. “Progress only occurs because people show up in force to make regression impossible.”

Recently re-elected D.C. Mayor Muriel Bowser said in a press release that she is looking forward to WorldPride and hopes it will serve as an opportunity to celebrate the contributions that LGBTQ+ residents have made to the city and its culture.

“Pride in DC is a manifestation of our DC values, an opportunity for people to celebrate themselves and for our entire community to celebrate diversity and inclusivity,” Bowser said in the press release. “I couldn’t think of a better way to celebrate 50 years of Pride in D.C. than hosting the largest LGBTQ+ event and bringing together people from around the world.”

Thousands of international visitors are expected to come to D.C. for WorldPride. In the upcoming years, Capital Pride will be working on safety logistics to ensure that all visitors can enjoy themselves at this massive celebration.

Sizemore-Barber said she hopes that the celebration will be a step forward in the United States becoming a prominent leader in visibility and acceptance of the LGBTQ+ community.

“For all that it is imperfectly enacted, America has long positioned itself as a global leader in LGBTQ rights,” Sizemore-Barber wrote.“By bringing WorldPride to DC, the event celebrates that legacy and, through mass visibility, will push the US to live up to its most inclusive ideals.”