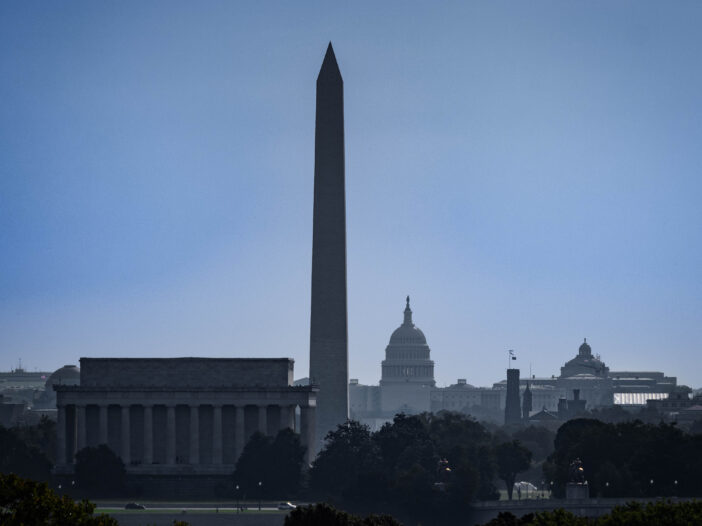 Washington, D.C. residents voted to raise the minimum wage for tipped workers, including restaurant servers, bartenders, hotel staff and other workers in the service industry.

Saxa Strategies, a Georgetown University political consulting organization, worked with the D.C. Committee to Build a Better Restaurant Industry to create advertising in support of Initiative 82. Meriam Ahmad (COL ’26) worked on the team this semester and said the passing of the initiative will help D.C. workers who may be struggling financially.

“We wanted to support this important progressive cause because, if passed, it would guarantee all D.C. workers in the especially difficult service industry a fair wage,” Ahmad wrote to The Hoya.

According to Ahmad, Initiative 82 would allow workers to earn the mandatory minimum wage without having to rely on tips for income.

“Initiative 82 would most certainly have a positive impact on D.C. workers,” Ahmad wrote. “Currently, the minimum wage for tipped workers in DC is $5.35 an hour, and although employers are legally required to compensate their employees up to minimum wage ($16.10 an hour), they often don’t. That’s because employees have to go out of their way to request compensation if they don’t make up the difference in tips.”

One Fair Wage (OFW), a nonprofit organization working to end subminimum wages across the nation, is campaigning for ballot measures, including Initiative 82, to raise the minimum wage in 25 states by 2026. According to Saru Jayaraman, president of One Fair Wage, the passage of the initiative will level the playing field for workers and may encourage people to enter the restaurant industry.

“OFW initiated Initiative 82 because the subminimum wage for tipped workers is a direct legacy of slavery that, even before the pandemic, forced a workforce that is majority workers of color and women restaurant workers to suffer from the highest rates of economic instability and sexual harassment of any industry because they have had to put up with so much from customers in order to get tips to feed their kids,” Jayaraman wrote to The Hoya.

In the eight states that have eliminated the tipped minimum wage, workers and businesses in tipped industries have lower poverty rates and more employment growth.

Jayaraman also said the COVID-19 pandemic led to decreases in tipping, which contributed to financial struggles for many tipped workers in the District.

“With the pandemic, these challenges worsened; workers reported that tips decreased dramatically and harassment went up further, with thousands of women reporting they were regularly asked to remove their masks so male customers could judge their looks and decide their tips on that basis,” Jayaraman wrote.

While the initiative passed, it still faced strong opposition from some employees and restaurants. Vote No on 82, a nonprofit organization that was organized in opposition of the initiative, raised concerns about the impact the initiative will have on tipped employees’ wages and on the costs restaurants and other businesses may incur to pay these workers.

Julie Sproesser, interim executive director of the Restaurant Association of Metropolitan Washington, said the measure will create additional difficulties for the D.C. restaurant industry amid attempts to recover from the pandemic.

“We are disappointed with its passage and the new reality that awaits our vibrant industry during a time of already challenging economic recovery,” Sproesser wrote to The Hoya. “This measure will disrupt our city’s hundreds of small and independently owned restaurants and limit the earning potential of tipped employees, while also having regional repercussions.”

Despite the concerns restaurants and employers raised regarding the impact of the initiative, others remain hopeful that Initiative 82 will facilitate positive growth in the industry after its passage. States with fair wage policies have higher restaurant industry job growth rates and small business growth rates, according to Jayaraman.