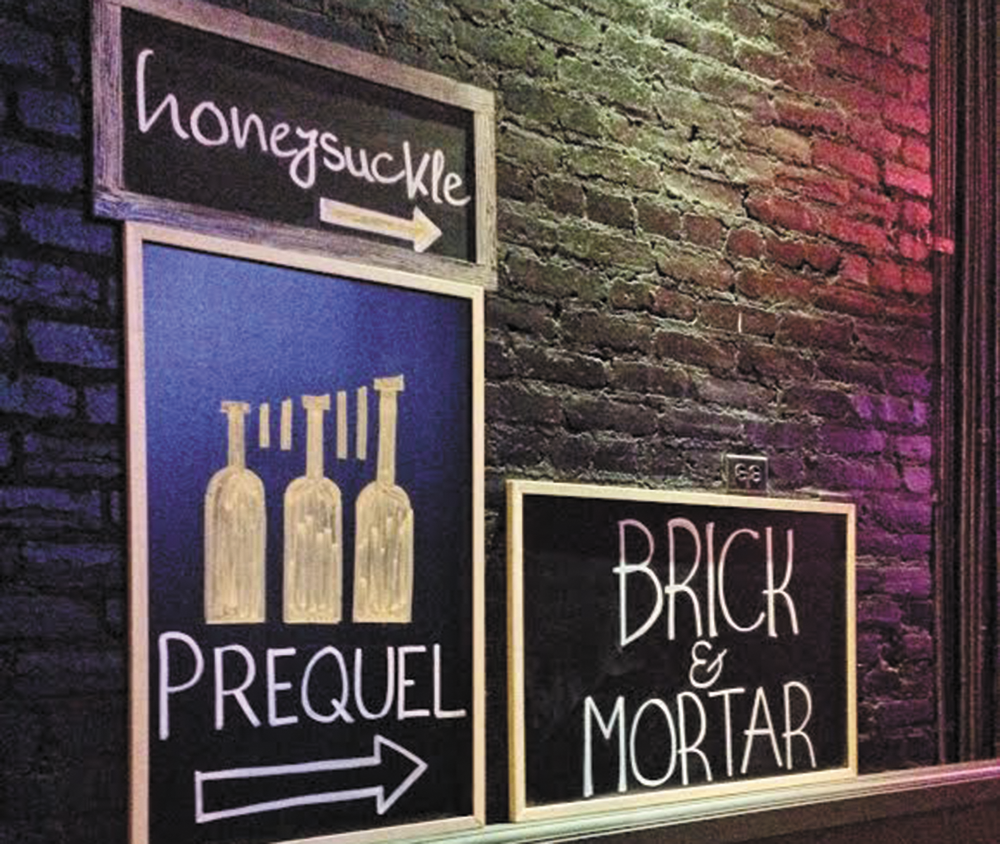 It’s like eating in a real-life shark tank. No, not the aquarium full of vicious predators. I’m talking about that ABC show about entrepreneurship that has found an unexpected but loyal following throughout the country. Restaurants in big cities are always on a cycle, often opening up shop for only a couple of months and then going out of business. Prequel, a new eatery on F Street, N.W., is trying to change this. Located within a few blocks of Metro Center, Prequel is the first “restaurant-incubator” in the country. It provides both a physical and promotional venue for Washington’s hottest upcoming chefs to start cafes, restaurants and bars without taking a considerable financial risk. Pop-up restaurants are housed in the restaurant’s space for four to six months so that chefs can test their products before purchasing a storefront of their own. Restaurantgoers can review each chef’s food as well as donate to the chef’s enterprise on a crowdfunding platform called EquityEats. Both the waiters and restaurants’ owners often check in with the tables, asking for honest feedback on ambience, menu selections and general quality.

In the few months it has been open, Prequel has already proven its worth and effectiveness. Bluebird Bakery was one of its first pop-ups and hoped to raise $415,000. The bakery reached its goal within just four months. If you visit Prequel today, you’ll find three different food and drink options depending on the time of day, your age and your budget. Currently, the basement is a speak-easy style bar called Brick & Mortar. Open from 5 p.m. to 10:30 p.m. the establishment serves old-fashioned cocktails and curated wines, which are also available for order on all floors. The two-floor lobby is home to Fare Well Be Well from 8 a.m. to 4 p.m. and Honeysuckle, with the same hours as Brick & Mortar. Fare Well Be Well is a cafe created by the maker of Sticky Fingers Bakery, located in Columbia Heights. Sticky Fingers, an eatery focused solely on baked treats, has earned communal and critical acclaim, winning the TV competition “Cupcake Wars” on the Food Network twice with its delicious vegan cupcakes. The menus of both the café and the bakery are entirely free of animal products. Honeysuckle was created by the head chef of D.C.’s Vidalia, an already established and successful upscale restaurant.

During my 6:30 p.m. dinner at Honeysuckle with my mom on a Monday night, the space was fairly desertedIt seemed that everyone who came in either went directly downstairs or walked straight to the bar in the lobby’s corner. For the few of us eating, the menu at Honeysuckle was fairly diverse and unique, but it was hard to ignore that every entree was over $25 and appetizers cost between $15 and $20. To try to save my mom some money, I ordered the scallop appetizer and a side of stir-fried Brussel sprouts, which still totaled $27. The description of the $19 scallops said that they came with grits, corn and a butter sauce, so I was pretty surprised when there were two scallops on my plate with a tablespoon of buttery corn and grits drizzled around the edges. My mom, however, ordered the Monday-night special of fried chicken with “all the fix-ins” for $29 and was served a giant bowl of chicken with a buttermilk biscuit, a two-cup serving of baked macaroni and cheese, coleslaw and beer-battered collard greens. The price difference between our meals was only $2, but my mom received significantly larger portions. However, despite the arbitrary pricing, all of our food was delicious. It was obvious that a lot of thought had gone into each piece of the meal and the chef wanted to make sure there was something unique about each component. We both agreed that our favorite part was the smoked cheddar mac and cheese, topped with crispy cheddar chips. Sure, it took me a while to get over my initial bitterness at the tiny portions I was served, but in the end, we walked out satisfied and excited to come back to try the other unique combinations on the menu and attend the special events.

Prequel has created an innovative space for the growing revolution of pop-up restaurants to develop. The appealing part of this model is that your experience can and probably will be different each time. It’s worth going to Prequel to participate in D.C. culture and try something new, but make sure to coordinate the time you’re going with your intended budget. Are your parents visiting? Take them out to dinner at the trendy and pricey Honeysuckle. But if you are at all concerned with saving up for the holidays, stick to the casual cafe Fare Well Be Well. Your wallet will thank you.