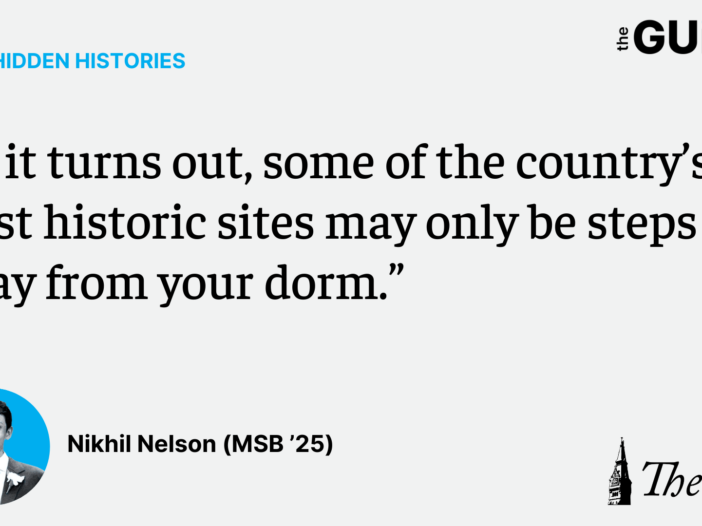 When people picture Washington, D.C., some conjure images of white stone monuments, Smithsonian museums, and reflecting pools. But there are parts of the city’s history that remain untouched and unvisited by the many throngs of tourists that flock to the District with their selfie sticks and segway tours.

Finding these hidden gems can be tough, so as your friendly neighborhood columnist, I have compiled a list of less famous but equally incredible sites, from historic homes that are just around the corner from the front gates to archaeological sites that give us an insight into Georgetown’s pre-human past, taking education out of the classroom and into the streets.

Only a short walk from Georgetown University is one of the most historic buildings that the city has to offer. The Old Stone House sits on M Street and is the oldest structure still standing in the city.

The house was built in 1765 on land originally purchased by Christopher and Rachel Layman, a decade before the Declaration of Independence was signed and when D.C. was little more than a riverside colony.

Mistaken by locals for one of George Washington’s D.C. meeting places, the house was never demolished but purchased by the government in 1953. Ironically, Washington’s actual home was bulldozed in 1907. So to this day, the house remains D.C.’s oldest structure and a portal to life in the pre-revolution colonies. Now under the governance of the National Park Service, the exterior grounds are open daily, and the inside hosts a storefront and replicas of what the kitchen and other rooms would have looked like in the 18th century.

The U.S. strategy was hardly covert. Passersby often saw cameras in the windows of the house. People were constantly coming and going, and at one point, it was reported that the United States had plans to dig a tunnel from the house to the embassy. The house no longer appears to be owned by the government, as far as we know, but it remains — adorned in Ukrainian flags — across from the Russian embassy.

If it is natural history you seek, skip the crowds at the Smithsonian museums and instead experience the D.C.–Maryland–Virginia (DMV) area’s prehistory at Dino Park. North of D.C. in Laurel, Maryland. lies a fossil bed that was discovered in 1858 when miners dug up a 60-foot-long Astrodon skeleton dating back to over 100 million years ago.

Today, people can team up with scientists to find fossils that may be used for research or taken home. In recent years, dinosaur eggs and baby dinosaurs were discovered at the park, which has enhanced scientists’ understanding of dinosaur lifecycles.

If you unearth something noteworthy, there is always the chance that it could be displayed downtown at the Museum of Natural History with your name next to it.

While you’re in Maryland, stop by NASA’s Goddard Space Flight Center to see the Moon Tree. In 1971, over 50 seeds from loblolly pine, sycamore, sweetgum, redwood and Douglas fir trees were orbited around the moon by Apollo 14 in an experiment to uncover the effects of extraterrestrial conditions on plant life.

Now, these trees are scattered across the United States, including a thriving sycamore at NASA’s Montgomery County facility. D.C. used to have its own moon tree on the White House lawn, but the loblolly pine did not fare as well as some of its Maryland siblings.

When you visit these historic sites, sit back and enjoy the lack of tourists and absence of camera shutter noises. Taking the time to visit some of our city’s lesser-known sites allows you to get a well-rounded view of the area around you and explore topics that may not get a lot of attention in tours or in your history classes. And as it turns out, some of the country’s most historic sites may only be steps away from your dorm.

Nikhil Nelson is a first-year in the MSB. D.C.’s Hidden History appears online and in print every other week.