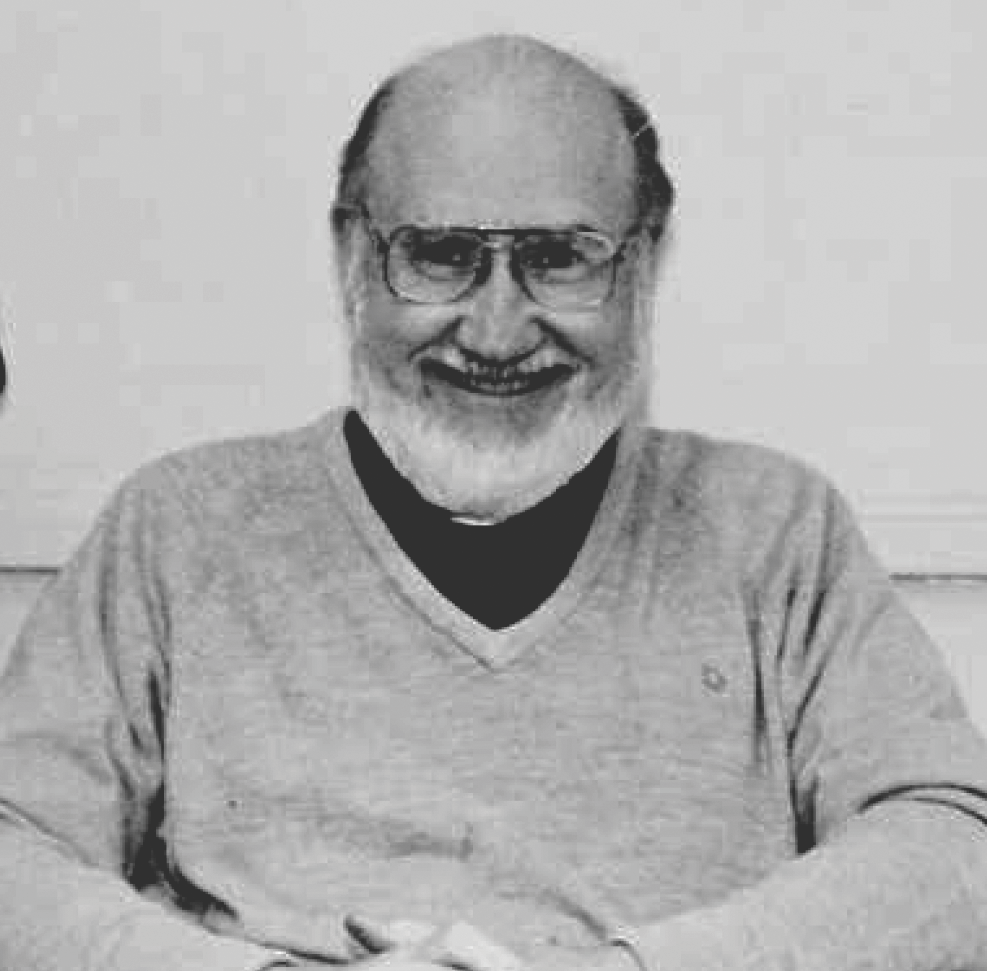 Fr. Daniel C. O’Connell, S.J., once a popular professor in the Missouri Province of the Society of Jesus, was removed from his position as president of St. Louis University in 1978 after an allegation of sexual abuse. His work at Jesuit universities, however, continued for another 20 years, bringing him to Loyola University Chicago and Georgetown University, which only began the process of revoking his title of professor emeritus of psychology this week.

Though notified of credible allegations against O’Connell in 2009, Georgetown University did not decide to rescind O’Connell’s professor emeritus title until Wednesday, eight days after receiving questions from The Hoya for this story.

Now 90, O’Connell served as a chaplain-in-residence in Harbin Hall and taught undergraduate psychology courses at Georgetown between 1989 and 1998, serving as chair of the psychology department for six of those years, according to university archival material. After leaving the university in 1998, he was granted professor emeritus status, a title he held for 16 years after his first legal settlement with a survivor of his abuse.

Two women have settled cases with the Catholic Church regarding O’Connell’s sexual abuse, and a third has publicly accused him of sexual assault. Both cases have been acknowledged publicly by other Jesuit institutions where O’Connell worked — St. Louis University and Fordham University, the latter of which banned him from campus.

The university has not issued any public statement regarding O’Connell’s abuse since details of his first private settlement with a survivor of his abuse were made public in 2010.

While accompanying study abroad students on a weekend retreat to Rome in 1983, O’Connell offered a drink to a student from College of the Holy Cross. From that point forward, Jane Doe M.B. has no recollection of that evening until she regained consciousness on a bed the next morning to find O’Connell getting dressed beside her. After suffering from post-traumatic stress disorder, she settled privately with the Catholic Church 20 years later, The New York Times reported in 2010 after she alleged O’Connell violated that settlement.

O’Connell’s 1978 resignation from SLU was prompted by an allegation of sexual abuse, he said in a phone interview with The Hoya, his first interview since his two cases were settled. After his resignation, he was transferred to Loyola University Chicago. Jane Doe M.B. alleges she was abused while O’Connell was working on Loyola Chicago’s Rome campus.

“There was an allegation of sexual abuse,” O’Connell said in a phone interview with The Hoya. “That was the allegation. So they removed me to avoid publicity.”

When asked for a comment on allegations against him, O’Connell said “there’s no guilt involved,” and laughed.

Another survivor, referred to in a 2012 lawsuit as Jane Doe 929, accused O’Connell of sexually assaulting her in the 1960s while he was teaching at St. Louis University. Four years after filing suit, Jane Doe 929 reached a settlement for $200,000 in 2016, paid for by SLU and the Missouri Province.

Both cases brought public attention to O’Connell’s abuse, including coverage from The New York Times in 2010 and the advocacy group Survivors Network of those Abused by Priests in 2016. Despite the high-profile nature of the cases, Georgetown allowed O’Connell to maintain his professor emeritus status, without publicly acknowledging the settlements or media reporting, until March 2019.

O’Connell has published research under Georgetown’s name as recently as 2016 and is currently working on a project for which he planned to credit the university as of his March 13 interview.

“I always give the credit to Georgetown. Because my status is official emeritus from Georgetown University, so it has to be the official status that is noted for the author,” O’Connell said. “Right now we’re working on an article on dialogue and one on laughter, the nature of laughter.”

O’Connell’s association with Georgetown after details of the settlement became publicly available is made more disturbing by his past work teaching students who may become therapists or psychologists, according to Rebecca Randles, who represented both Jane Doe M.B. and Jane Doe 929 in their suits against the Jesuits.

“To maintain him as a professor emeritus at a university where you’re trying to teach students appropriate and ethical behaviors as a practicing therapist is beyond unbelievable,” Randles said in a phone interview with The Hoya.

‘The Lying Has to Stop’

After learning O’Connell had been allowed to lecture at Georgetown and Fordham, as well as perform Mass in Germany and St. Louis, Jane Doe M.B. sued the Central and Southern Province. The 2010 lawsuit, settled in 2016, was the first ever breach of contract case related to the Catholic Church’s abuse crisis.

In addition to restricting O’Connell’s ability to perform public ministry, Jane Doe M.B.’s settlement forbade him from entering environments in which he could establish an individual relationship with a woman.

The Jesuits also permitted O’Connell to visit Georgetown and Fordham without informing the schools’ administrations of the credible allegation of abuse against him. The order has argued the lectures did not violate the settlement because he would not have enough time to form a relationship with female students at the universities, according to Randles. The Central and Southern Province declined to comment to The Hoya.

After discovering O’Connell’s campus lectures at Georgetown and Fordham, Jane Doe M.B. wrote letters to the presidents of both universities in 2009. Fordham responded by banning O’Connell from its campus, Fordham’s assistant vice president for communications Bob Howe wrote in an email to The Hoya.

Georgetown received a notification in 2009 of allegations against O’Connell, a spokesperson confirmed in a March 13 email to The Hoya.

Only one other suit for violations of private settlements over clerical abuse was filed in 2011. Breach of contract cases allow the usually private details of church settlements to be disclosed publicly.

Beginning in 2009, Jane Doe M.B. documented her journey to court on a personal blog after her revelations about alleged violations of her settlement. The suit was not simply about personal healing, but larger systemic injustices within the church, Jane Doe M.B. wrote on her blog.

“Jesuits — along with Catholic hierarchy — will talk about and expose the lies of others, but not look at their own actions unless they are caught and exposed,”  Jane Doe M.B. wrote. “It’s no fun, any of this, and the cost on me is huge … but the lying has to stop, and I will make sure of that.”

Jane Doe 929, now nearly 70, filed her 2012 suit against the Missouri Province after reading details of Jane Doe M.B.’s lawsuit in a New York Times article, which triggered repressed memories of O’Connell’s abuse, according to Randles.

During counselling sessions between 1967 and 1971, O’Connell, then an SLU professor, made Jane Doe 929 sit on his lap while he masturbated and said sex would bring her closer to God, according to the Riverfront Times, a St. Louis newspaper.

Inspired by Christine Blasey Ford, who testified that Supreme Court Justice Brett Kavanaugh sexually assaulted her in a hearing for his confirmation to the Supreme Court, a third survivor brought another public allegation against O’Connell in October 2018.

O’Connell recommended Virginia Boller, now 75, see him for one-on-one counselling in 1973 and during sessions invited her to sit on his lap while he rocked back and forth in a rocking chair. The abuse continued until he was named president of SLU in 1974.

As a chaplain-in-residence and chair of the psychology department at Georgetown, O’Connell had regular access to students in search of counselling.

Abusive priests often take advantage of those seeking their advice, according to David Pooler, a professor at Baylor University researching clerical abuse of adults.

“In my research, about 60 percent of the time, this kind of abuse occurs in a counselling relationship,” Pooler said in a phone interview with The Hoya. “It’s these really highly intensive interactions with people where some of the leaders end up exploiting people.”