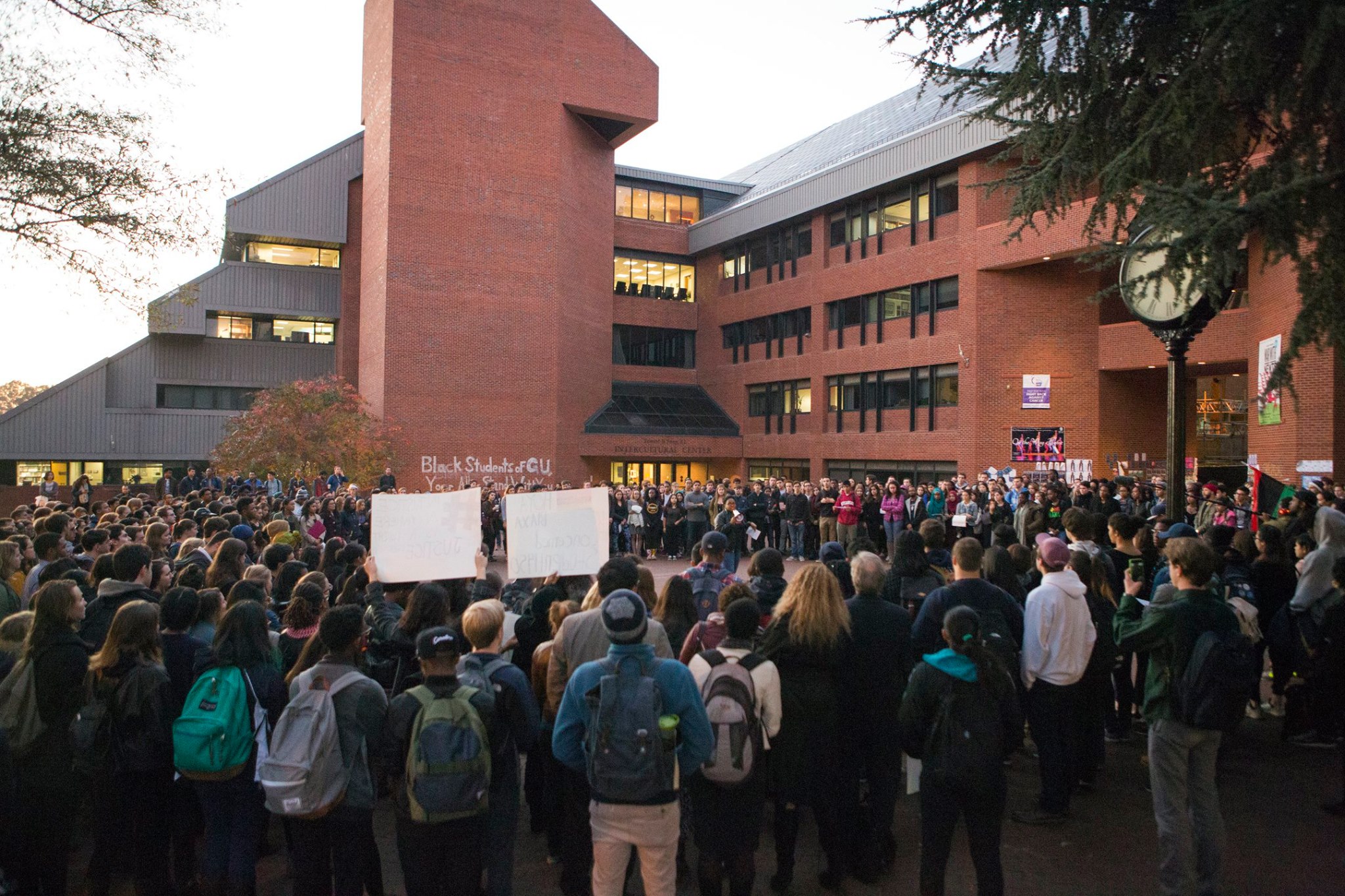 Mulledy Hall and McSherry Hall will be provided the interim names of Freedom Hall and Remembrance Hall, respectively.

According to a letter attached to a university-wide email sent at 5 p.m., DeGioia met with several student activists yesterday morning outside his office, then received a a recommendation from the working group to change the names of the two halls.

“As a university, we are a place where conversations are convened and dialogue is encouraged, even on topics that may be difficult,” DeGioia wrote. “This is what we will continue to do at Georgetown. We are supportive of our students and proud of the depth of their engagement in these urgent conversations.”

Student activists began staging a sit-in outside the president’s office from 9 p.m. to 12 a.m. yesterday and continued at 9 a.m. today. The activists intended to continue staging daily sit-ins until their demands were met.

Other demands announced at Thursday’s demonstration include revising university tours to include information on the history of campus sites, placing plaques on the known unmarked graves of slaves, establishing an annual program focused on education, creating an endowment for recruiting black professors equivalent to the net present value of the profit from the 1838 sale and mandatory training for professors on diversity and identity issues.

Members of the Black Leadership Forum announced a series of demands, which included the renaming of Mulledy and McSherry Halls, to the administration at a demonstration in Red Square Thursday. Around 250 students, faculty and community members attended the demonstration.

The retention of the name of Mulledy Hall sparked ire earlier this semester, calling attention to the actions of former University President Fr. Thomas Mulledy, S.J., who authorized the sale of 272 slaves to a Louisiana plantation in 1838. McSherry Hall is named after former University President Fr. William McSherry, S.J., who served as Mulledy’s lawyer during the sale.

In September, DeGioia charged a working group of 16 students, faculty and alumni to address the history and ramifications of Jesuit slaveholding at Georgetown. The group is chaired by history professor Rev. David Collins, S.J.

In its recommendation to DeGioia,  the working group said it found its values to be consistent with black student activists.

“We are very encouraged by and welcome the suggestions of the Black Leadership Forum and other students,” the group wrote. “Their words are shaped by a thoughtfulness, a passion and a spirit of constructive engagement that we appreciate deeply and hope will sustain us through the course of this important and painful conversation about our history and its legacy.”

The group said that they proposed the names “Freedom Hall” and “Remembrance Hall” to memorialize the experiences of slaves who helped to build the two buildings in the early 19th century.

In the letter, the group also announced three events to continue dialogue on campus, including a symposium on the history of slaveholding at Georgetown to be held on April 16, a holiday recognized by the District of Columbia as Emancipation Day.

The group will also host two conversation circles next Wednesday and Thursday and a teach-in on Dec. 1. Both events will take place in the Healey Family Student Center.