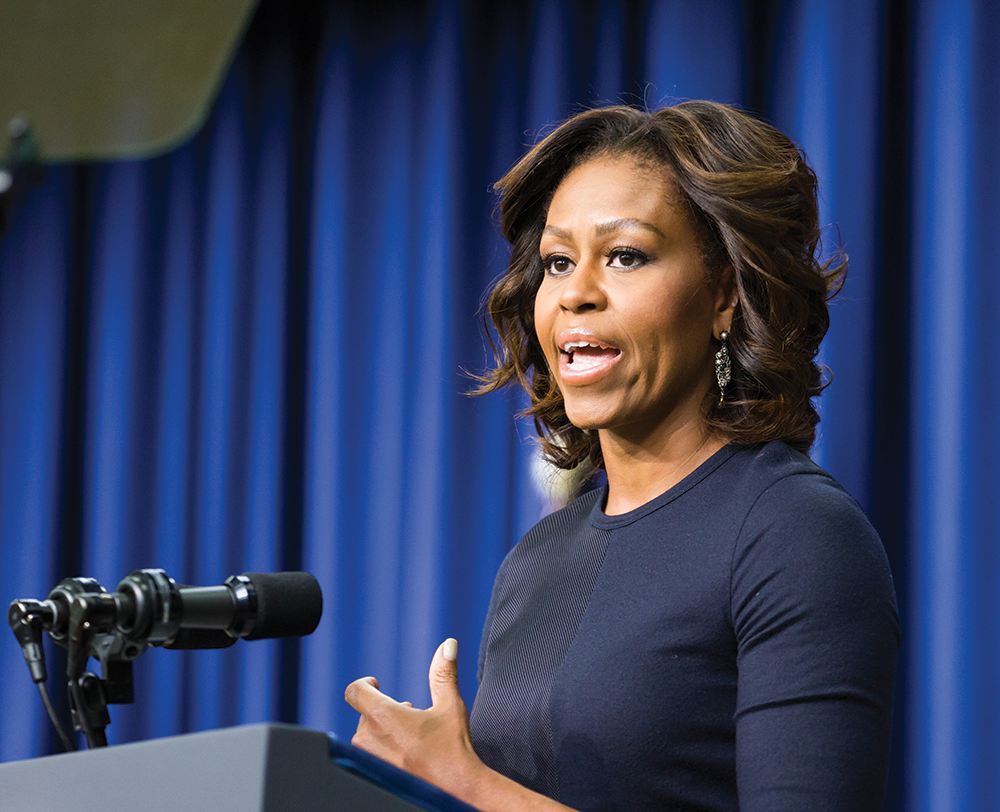 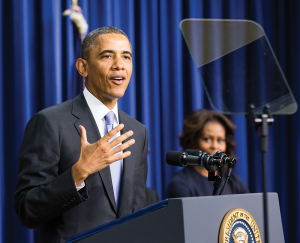 The College Opportunity Summit, held by President Barack Obama and first lady Michelle Obama, brought together college presidents, as well as business and nonprofit leaders, to discuss how they could work toward the goal.

“The main reason for the initiative is to increase social mobility for America’s underprivileged youth,” National Economic Council Director Gene Sperling, who led a panel at the event, said in a media call the previous day.

The event is part of Obama’s “year of action,” a proposed series of executive actions designed to promote job creation and economic growth that is focused on cooperation between the public and private sector and implement new policy without formal legislation.

“Today is a great example of how, without a whole bunch of new legislation, we can advance this agenda,” Obama said. He also mentioned the possibility of using executive powers to authorize future governmental actions related to increasing college enrollment.

While Obama spoke about the newly resurgent national economy, he nevertheless warned that this growth represents just a fraction of the improvement necessary to fully conquer the nation’s struggle with inequality. Obama, a graduate of Columbia University and Harvard Law School, noted the importance of promoting equal opportunities for social advancement through higher education.

“We need to make sure that there are new ladders of opportunity in the middle class, and that the rungs on those ladders are solid and more accessible,” he said. “More than ever, a college degree is the surest path to a stable middle-class life.”

While educational progress has occurred under the current administration, Obama stressed the persistently low percentage of low-income students enrolling in higher education and receiving degrees.

“We still have a long way to go before we unlock the doors to higher education to more Americans, and especially lower-income Americans,” Obama said.

Michelle Obama also spoke at the event, describing her personal experiences applying to and attending Princeton University, and how this time shaped her current educational ambitions.

“I know from my own experience just how important all of that work is that we are doing,” she said. “I know that there are so many kids out there just like me, kids that had parents that never went to college, or maybe they were never encouraged to believe they could succeed there, and it’s our job to find those kids and get them enrolled in a college that can meet their needs.”

The first lady urged those present to continue their previous efforts to promote educational opportunity, especially in developing programs designed to assimilate students of diverse and troubled backgrounds to collegiate life. “You all have shown that you have the experience, the passion and the resources to help these young people thrive,” she said. “We need you to direct that same energy and determination toward helping these kids face their unique challenges.”

The universities represented at the event, including Georgetown, agreed to aid secondary schools with their college-preparation programs, boost remedial programs and work to level the playing field with regard to college admissions by helping low-income students with standardized testing.

“Everybody here is participating, I believe, because we know that college graduation has never been more valuable than it is today,” the president said.

Prior to the summit, DeGioia released a statement expressing support for Obama’s educational initiatives and the mission of the White House convention.

“We wish to thank the White House for convening this conversation,” DeGioia said in the statement. “One of the most important commitments we can make, as university leaders, is to ensure that the very best students have the opportunity to attend our institutions — and to provide them with the necessary resources to do their very best work and become their very best selves.”

Additionally, the press release highlighted Georgetown programs designed to support qualified high school students requiring financial assistance. These initiatives include the Georgetown Scholarship Program, the Community Scholars Program, the Preparing to Excel pre-orientation program and a partnership with the Posse Foundation designed to promote exploration of the science, technology, engineering and mathematics fields.

Following the remarks at the summit, DeGioia expressed excitement for Obama’s educational goals and promised a future commitment to expanding educational opportunity for disadvantaged students.

“We were invited in early in the planning, and so we are strongly aligned with the goals of the president and ensuring their success, and we have a number of programs that we put in place over the course of a generation to try to ensure that,” DeGioia told The Hoya. “We’re very excited to be a part of it, and excited there is such a strong commitment to higher education from our White House to ensure focus on this in the future.”

DeGioia described the high level of interest in engaging low-income students that he sensed from the other academic representatives at the event.