The Toronto Blue Jays’ sudden dominance since their acquisitions of Troy Tulowitzki and David Price has many fans in Toronto hoping their team’s 22-year playoff drought — the longest active streak in the four major sports — will finally come to an end. Prior to adding Tulowitzki and Price to its roster, Toronto had a 50-51 record and stood in fourth place in the AL East, eight games behind the division-leading New York Yankees. Two and a half weeks later, those same Blue Jays lead the AL Wild Card race and are just 1.5 games behind the Yankees, giving Toronto an opportunity to win its division in the last two months of the season.

With a 65-54 record that was boosted by an 11-game winning streak, fans and sports pundits alike will likely praise the Blue Jays for making those two key acquisitions before the trade deadline. For me, the two trades raise the question of how many other times baseball fans saw mid-season acquisitions that had a season-changing impact on their improved teams.

I will answer this question by looking at 10 of the best mid-season trades in which the acquisition of a significant player led a team to the playoffs and/or helped a team win in the playoffs. While I explore trades that occurred since 1960, it’s important to note that prior to 1986, the trade deadline was June 15, as opposed to the current deadline of July 31, and that 1969 was the first introduction of the League Championship Series in both leagues.

Drought teams, the second category of teams, are teams whose playoff appearances are punctuated by many years, if not decades.

The last three trades are what I would rank as the most significant out of all the deadline deals. Like the aforementioned New York teams, these mid-season acquisitions all helped teams with several years between playoff appearances.

If these playoff-hungry Blue Jays do make it to the postseason after 22 long years, I’d place the trades for Tulowitzki and Price in the category of these last three, most historic trades. 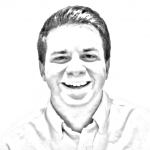 Robert DePaolo is a rising senior in the College. The Wind-Up appears every Saturday.