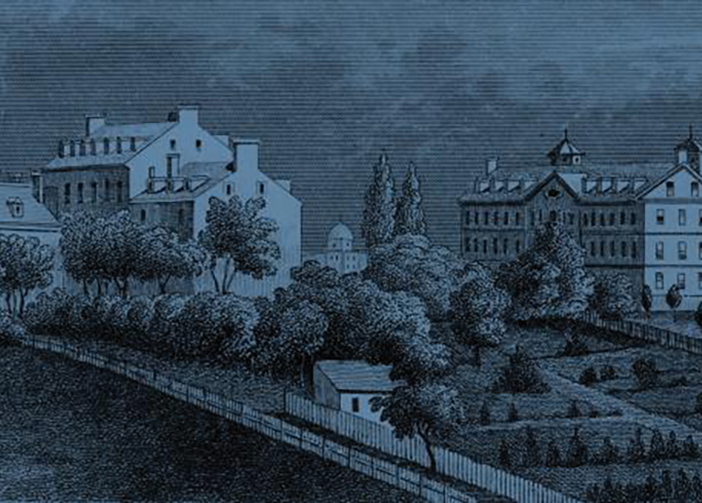 Descendants of the GU272 and other people enslaved by Maryland Jesuits voiced concerns about a newly established racial reconciliation foundation receiving funding from Georgetown University in a town hall Monday night.

The town hall, hosted by Students for GU272+, a student organization that advocates for descendants of people enslaved by Maryland Jesuits, gave students, graduates and descendants the opportunity to ask questions and share opinions about the Descendants Truth & Reconciliation Foundation. Town hall participants expressed concerns about the foundation, which the university recently helped launch to fund racial healing programs and award scholarships to descendants of the 272 enslaved people sold by Jesuits from the Maryland Province of the Society of Jesus to financially support the university in 1838.

Neither Georgetown administrators nor Jesuit officials were present at the town hall, although the GU272+ Student Advocacy Team said they did extend direct invitations to them.

Members from the Students for GU272+, including Maya Moretta (COL ’21), Hannah Michael (COL ’21) and Shepard Thomas (COL ’20), a descendant of the GU272, moderated the Zoom town hall, which had roughly 80 participants.

The plan for the foundation was officially agreed upon Sept. 20, 2019, by the GU272 Descendants Association and Jesuit leaders through the signing of a joint memorandum of understanding. However, only three descendant leaders, Joseph Stewart, Cheryllyn Branche and Earl Williams Sr., were directly included in the foundation’s creation, according to The New York Times.

One major problem with the foundation is it left out the majority of descendant voices, according to Sandra Green Thomas, a descendant and the former president of the GU272 Descendants Association, a nonprofit organization founded by descendants that aims to support the goals of the descendant community.

“The foundation’s website states that there are 10,000-plus identified descendants, living or dead, and that the GU272 Descendants Association represents the majority of them,” Green Thomas said at the town hall. “Let’s focus on their claim of representing the majority of living descendants. Quite plainly, this is a lie.”

At the time the plan was established, the GU272 Descendants Association only had 50 members, representing only a small portion of the more than 10,000 descendants identified by the Georgetown Memory Project, a nonprofit that tracks the genealogy of the persons enslaved by the Maryland Jesuits, according to Green Thomas.

“When we first met as a group on August 14, 2016, Joe Stewart presented us with a written plan about a foundation. We were just getting together to get to know each other,” Royal said in a phone interview with The Hoya. “Almost nothing changed from that day to what the foundation eventually has in writing today.”

The foundation comes following several years of student advocacy. In 2019, students voted overwhelmingly in favor of adding a $27.20 semesterly fee in students’ bills as a reparations fee to be distributed to descendants. Later that year, however, university officials announced Georgetown would instead create its own fund for descendants and contribute $400,000 annually to the fund to help support community-based projects to benefit the descendant community.

In addition to this fund, the university, in collaboration with descendant leaders and leaders from the Jesuit community, established the Descendants Truth & Reconciliation Foundation as a separate foundation.

The university declined to provide a comment for this article.

“We should try to collect all of the information so that we can all try to do this as a unit, because it seems like that’s what we’re learning, is that the more we can work collectively, the better we can organize for the university,” Moretta said at the town hall.

The foundation will designate roughly 50% of its funds toward racial reconciliation projects, roughly 25% toward scholarships and grants for descendants at all education levels and the remaining portion directly towards elderly and disabled descendants. At the town hall, descendants raised criticisms about the foundation’s distribution of funds.

The foundation’s focus on reconciliation, rather than direct reparations to the descendant community, does not truly reconcile the Jesuits’ and the university’s past involvement in slavery, according to Green Thomas.

“Racism is a disease of the white community,” Green Thomas said at the town hall. “Why should funds raised to atone for the sin of slavery be used to cure an ailment in the white community? Wouldn’t a better use of those funds be to help close the racial wealth gap of the descendant community?”

Descendants are also concerned that the Georgetown and Jesuit officials who helped establish the foundation will channel the money into their own organizations in the name of funding racial reconciliation, according to Negest Rucker, a descendant of Louisa Mahoney Mason.

“There are a lot of institutions, including the Jesuits, who do that work, so it is quite possible that they could fund the racial reconciliation work they themselves are doing,” Rucker said in a phone interview with The Hoya.

“The settlement also focuses a lot on the sale of 1838; the Jesuits did not stop enslaving people in 1838,” Rucker said. “My ancestor remained enslaved by the Jesuits until emancipation, and there were a number of other sales of people to different locations that happened throughout history. That’s not being acknowledged.”

In addition to the GU272, the Maryland Jesuits made numerous other slave sales from the 17th to the 19th century, including an estimated 800 slave sales throughout the state of Maryland, according to Rucker. The Jesuits also continued to enslave people in Maryland after the 1838 sale. Many descendants of those enslaved individuals who stayed in Maryland still reside in the southern part of the state.

The foundation could not be reached for comment by the time of publication.

Both Georgetown and the Jesuits from the Maryland Province of the Society of Jesus need to create a new process that effectively collaborates with the majority of the descendant community, according to Green Thomas.

“The Society of Jesus and Georgetown must begin again,” Green Thomas said. “They must implement a new and inclusive process, they must have requirements and guidelines that allow various dissenting voices to be heard, they must do this in collaboration with descendants with a true spirit of addressing descendant concerns and wishes.”

Without addressing the descendants’ worries, Georgetown and the Jesuits from the Maryland Province of the Society of Jesus will perpetuate the cycle of pain descendant families have faced for generations, according to Rucker.

“The history of the story is very, very long. It is at least 200 years old,” Rucker said. “It cries out for remedy and reparation. The Jesuits are only prolonging the story by delaying justice.”

Update: This article was updated April 16 to reflect that the foundation is receiving funding from the university but was not created by the university.

Update: This article was updated April 20 to correct Joseph Stewart’s role as a trustee at the W.K. Kellogg Foundation. Stewart served as a trustee from 2001 to 2014. He is no longer an active member of the foundation’s board.