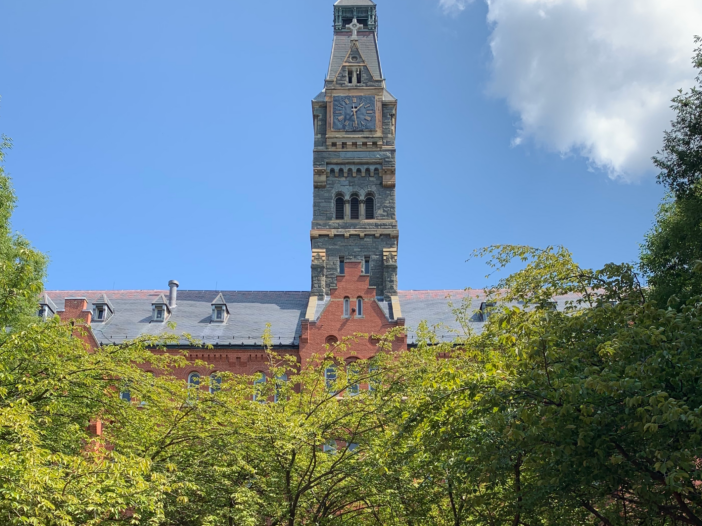 CW: This article references violence in Afghanistan. Please refer to the end of the article for on- and off-campus resources.

The collapse of the Afghan government was brought about by diplomatic failure, according to a panel of Georgetown University professors who discussed possible solutions to the humanitarian crisis.

The Aug. 20 virtual event, titled “The Crisis in Afghanistan: A Panel Discussion,” was hosted by the Masters of Science in Foreign Service Program, the Security Studies Program and the Department of Government. The event followed the Taliban’s recapture of Kabul, Afghanistan’s capital, after withdrawal of American troops in early July. This follows nearly 20 years of conflict in the United States’ longest-running war. The panel was moderated by director of the MSFS program George Shambaugh and featured three Georgetown professors with expertise in security, international affairs and anti-corruption practices.

In the early 2000s, the Bush administration suppressed intelligence and released misleading public statements about the losing war in Afghanistan. After Bush’s withdrawal from the region, the Taliban sought refuge in Pakistan, which allowed them to return stronger to Afghanistan in 2005.

Christine Fair, professor of security studies, highlighted how subsequent administrations struggled to recover from this comeback and continued to implement a back-and-forth policy that gave the Taliban space to take over.

“Pakistan will not give terrorists nuclear weapons because nuclear weapons are their primary coercive tool,” Fair said at the event. “Pakistan is the most stable instability. Our continual willingness to be coerced by them, really speaks to our failure as an alleged superpower.”

Corruption also destabilized the region and rendered citizens unable to enact meaningful change in their government, according to panelist Jodi Vittori, professor of global politics and security.

“When you have your security sector and the corruption in it, that is part of what is leading to state weakness. That is part of fueling the insurgencies,” Vittori said at the event. “That is the security problem.”

From 2003 until 2014, NATO led the United Nations-mandated International Security Assistance Force, which coordinated the troops of 42 nations in empowering the Afghan national security forces to defeat the Taliban.

The inefficacy of international cooperation also destabilized the region, according to Paul Miller, panelist and professor of global politics and security, who cited NATO and the United Nations’ involvement in the region.

“I guess this is a good case study for how not to organize a large-scale international intervention, whether for humanitarian purposes or state building purposes,” Miller said at the event. “The military talks about the need to maintain unity of effort, and we did not have unity of effort in Afghanistan.”

Despite the conversation focusing on the path forward, Miller expressed concerns about the next steps.

“In one scenario, we try to isolate Afghanistan with sanctions by depriving them of any economic assistance,” Miller said. “Maybe we support some effort to get in a monitoring group to shine a light on the Taliban’s human rights violations. But that’s about it.”

The fall of Kabul raises concerns of international terrorism and democratic failure in other unstable regions, according to Miller.

“When Afghanistan fails in its effort to achieve democracy, this is one small chink in the liberal international order,” Miller said. “And I worry, how many more chinks can we survive before it shatters?”