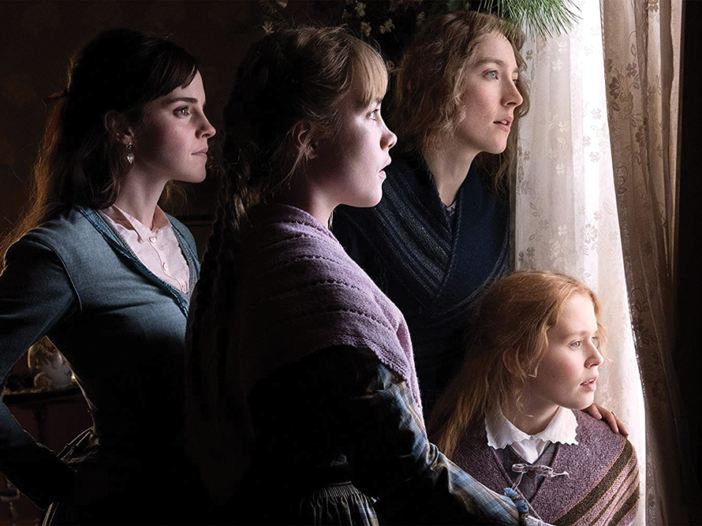 Louisa May Alcott’s landmark novel “Little Women” has been adapted into six movies and at least two television miniseries since its publication in 1868. The latest iteration from Sony Pictures was released Dec. 25 amid great anticipation and positive critical reviews, especially from those who grew up idolizing Alcott’s fiercely independent sister-protagonists. This version’s talented actresses, well-executed movement from present to past and engaging narrative make it a film for the ages whose brilliant execution transcends all attempts before it.

Among the film’s star-studded cast are Meryl Streep as Aunt March, Emma Watson as Meg March and Laura Dern as Marmee. These big names are overshadowed by Saoirse Ronan in her heartfelt portrayal of Jo March, the story’s main character, who reflects on a childhood enlivened by three sisters and dreams of the famous writer she will become.

The narrative moves between memories and in-the-moment action to seamlessly integrate the past and the present, creating a captivating movie experience that leaves the audience cheering for Jo and her sisters, as an extension of the feminist message of the initial novel.

Ronan and Watson are joined by Florence Pugh as Amy March and Eliza Scanlen as Beth March in a convincing rendition of sisterhood. Revenge, hair pulling and jealousy each take a turn as little girls transform into little women. The frank portrayal of family life, within and outside the March household, saves the film from seeming too utopic, adding a layer of relatability to the grounded narrative. Equal bouts of sadness and happiness make for a deeply moving storyline that most viewers will find relatable.

Perhaps fittingly, the movie’s weakest point is its male actors. Timothée Chalamet struggles to fit into the role of Theodore Laurence, Jo’s best friend and Amy’s eventual husband. He comes across as far less expressive and powerful than Ronan, though these deficits may also be a function of the character. James Norton, who starred as Sidney Chambers in PBS’ Masterpiece series “Grantchester” to great acclaim, is not quite as successful in the role of John Brooke. Louis Garrel’s performance as Jo’s love interest, Friedrich Bhaer, is made awkward by a heavy-handed German accent. Fortunately, the film spends much more time on the March sisters than on their male counterparts.

Director Greta Gerwig, known for her 2017 work on award-winning film “Lady Bird,” orchestrates her tribute to Alcott’s greatest work by following the book’s lead while adding a distinctive flair. First-person narration, endearing female leads and vacillation between sorrow and euphoria appear in the movie as they do in the novel. Yet Gerwig manages to make her version feel much more like a triumphant love story with dramatic turns than Alcott’s somewhat sorrowful account of women with aspirations for life beyond the domestic sphere. This change does not make the film any less feminist, but it does emphasize the joys of marriage while clearly enumerating the effects of remaining unmarried in a professional context.

In this feminist vein, Gerwig’s decision to alternate scenes of the March sisters as younger and older versions of themselves could have created a confusing narrative with disjointed plot lines. Fortunately, each transition is carefully planned to incorporate themes or characters from one scene to the next. The result is a flowing, albeit temporal, sequence that can be easily understood and agreeably enjoyed. These time shifts keep the mind engaged in ways that many two-hour movies fail to by juxtaposing frequent movement against the audience’s prolonged stillness.

Although “Little Women” has been exhaustively produced for the screen, Gerwig demonstrates how strategic production and a good cast can imbue new life into an old story. The four March sisters prove to be as relatable today as they were more than a century ago; complicated family dynamics and big dreams are highly relatable subjects in any era. Few were left with dry eyes by the closing credits, and even if you are not prone to tears, “Little Women” will leave a lasting impression.