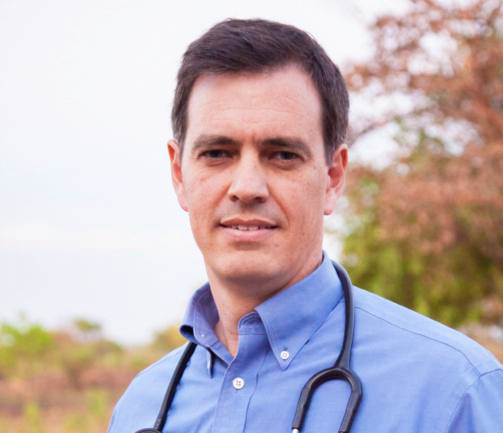 Holmes will serve alongside fellow faculty co-director Dr. Mark Dybul, whose appointment was announced in June.

Launched in June 2017, the GHQ researches ways to finance health care in low-resource settings and recommends ways for countries to expand their health care delivery systems.

The center is designed to tackle current and important issues in global health, according to Susan C. Kim, executive director of the GHQ.

“We are developing our strategy now, but broadly, we aim to work with a number of partners to support countries as they tackle major health challenges,” Kim wrote in an email to The Hoya. “We believe we can contribute to our Georgetown University mission of cura personalis – by taking care of global communities.”

Prior to joining Georgetown, Holmes served a four-year tenure as CEO of the Centre for Infectious Disease Research in Zambia, where his work resulted in improvements in the national responses to the HIV and tuberculosis epidemics in Zambia, as well as new analyses of maternal and newborn health, cholera control and noncommunicable diseases.

Holmes also served as chief medical officer and deputy U.S. global AIDS coordinator for the U.S. President’s Emergency Plan for AIDS Relief, an initiative launched in 2004 by the George W. Bush administration and continued under the Barack Obama and Donald Trump administrations, in the Department of State.

He was also the founding director of the Department of State’s office of research and science.

Kim said Holmes’ experience with infectious disease, especially HIV/AIDS, will be instrumental in the success of the GHQ.

“[Holmes] has led the transformation of large scale public health and research programs in the field, has an outstanding track record of scholarship and organizational leadership, and has made important and lasting contributions to policy development at the highest levels of the US government over the last two administrations,” Kim wrote.

Holmes said in an Oct. 3 news release he is excited about the opportunities that the position will provide to conduct research that can be used to improve global health standards.

“It’s a great honor to join Georgetown and to have the opportunity to build this center with Mark [Dybul],” Holmes said. “I look forward to advancing this vision, while continuing to advocate for new tools and sufficient resources to improve health for those most in need.”

Kim said she hopes that the GHQ will become an invaluable resource for current research on global health matters as the center begins to take shape.

“We are working diligently towards establishing a robust research portfolio on critical issues in global health, and being more fully engaged in our Georgetown University community,” Kim wrote in an email to The Hoya.

Dybul said in a Sept. 27 news release he looks forward to working with Holmes.

“Charles’ depth and breadth of experience and remarkable impact on the HIV epidemic response and global health more broadly makes him an unmatched partner for this work,” Dybul said.