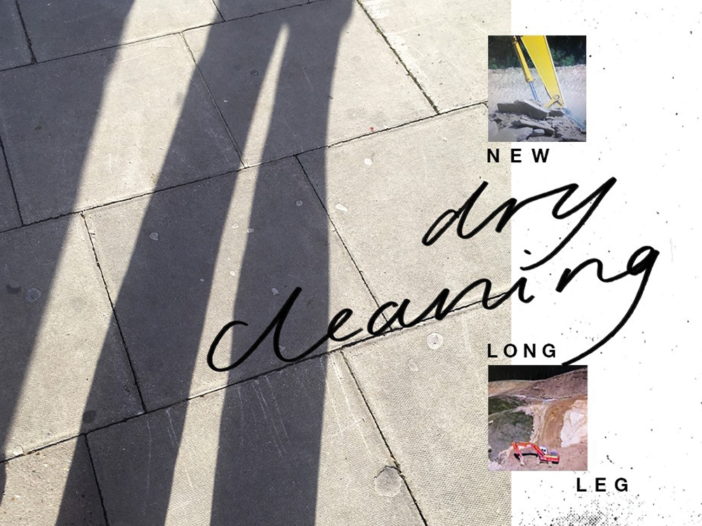 To listen to Dry Cleaning’s “New Long Leg” is to be immersed in the world of Florence Shaw, the group’s vocalist. Over the course of “New Long Leg,” Shaw ruminates on the mundane, the existentially wondrous and the nonsensical.

In a vocal style that is more conversational than it is lyrical, Shaw evokes images such as a broken ceramic shoe, a plush-toy llama and a floating dumpling. As a consequence of her unique style, Shaw’s narratives and imagery never flow cohesively. Instead, they linger at the forefront of a song until their inevitable dismissal.

This bizarre lyricism is perhaps most comically visible during the album’s opening song, “Scratchcard Lanyard.” Shaw lurches suddenly from her observation, “I think of myself as a hearty banana / with that waxy surface / and small delicate flowers,” to the thought of “a woman in aviators firing a bazooka.”

While Florence Shaw’s lyrics are rather unusual, “New Long Leg” never feels completely random or disorganized. Rather, the album’s peculiar lyrics create unique visual landscapes that serve as the backdrop for Shaw’s observations and narratives.

This is powerfully displayed on the album’s second track, “Unsmart Lady.” Over the course of the song, Shaw develops a searing interpretation of the female experience. Evoking seemingly disparate thoughts and images, Shaw chastises her “Unsmart Lady” with lines such as “don’t cry just drive,” “if you like a girl, be nice / it’s not rocket science” and “fat podgy / non make-up / unsmart lady.” “Unsmart Lady” is not a typical feminist anthem, but it showcases Shaw’s talents as a clever and disciplined songwriter.

While Shaw’s wry, deadpan method of vocal delivery feels like the perfect match for her disorienting lyrics, her technique also leaves “New Long Leg” without any vocal melodies. Simply put, Shaw does not sing throughout the LP.

Instead, Shaw’s bandmates step in with instrumental work that creates the melody of the album. Tom Dowse’s melodic, jangly guitar lines sit atop strong rhythms from bassist Lewis Maynard and drummer Nick Buxton. While it is Shaw’s vocals that color the album, it is the other members of Dry Cleaning who give “New Long Leg” momentum.

Each of the songs on “New Long Leg” is its own unique conversation, leaving one anxiously awaiting the perplexing landscapes Shaw paints upon her bandmates’ musical canvases. This is displayed to amazing effect on “Her Hippo.” Backed by swirling guitar riffs and a heavy bass line, Shaw fantasizes about running away with her love interest on a plane, all while deciding to drown her romantic sorrows in caffeine. As Dry Cleaning’s focused instrumentals guide Shaw’s amusingly bizarre yet wistfully morose narrative, “Her Hippo” exemplifies what the band and “New Long Leg” do best.

Throughout the album, producer John Parish’s work shines. On Dry Cleaning’s 2019 EP “Sweet Princess,” the coolly controlled instrumentation that in part defines “New Long Leg” is absent, with volatile percussion and guitar heroics threatening to altogether obscure Shaw’s vocals. Yet, with “New Long Leg,” Parish seems to have restrained these explosive impulses, leaving room for the album’s vocals and instrumentation to fully breathe.

This restraint is perhaps most conspicuous on the album’s final song, “Every Day Carry.” About halfway through the song, the band’s vocals, percussion and bass disappear altogether, leaving the song with only the sparse, abrasive guitar work of Tom Dowse. Rather than closing the album with an avant-garde guitar solo, the other members of the band return to the song with an intensity and tempo that is absent throughout much of “New Long Leg.” With this energy, the band closely mimics the sound of “Sweet Princess.”

However, “Every Day Carry” never quite devolves into the ill-defined noise of the 2019 EP. The song is driven by the groove of bassist Lewis Maynard. This unique melodic choice not only anchors Dry Cleaning’s mercurial percussion and guitar but also allows Shaw space to explore her anguish and frustration. On “Every Day Carry,” the band replicates the intensity of “Sweet Princess” without completely obscuring what makes its new work unique, making the song a perfect illustration of the growth Dry Cleaning has achieved.

In its totality, “New Long Leg” is an excitingly disorienting ride through the bizarre images, sounds and minds of Dry Cleaning.