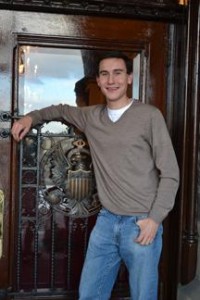 First thought after Tuesday’s State of the Union address: Boy, can the president deliver a speech. If anyone needs a reminder that our commander in chief won his job on the basis of his superb communication skills, this speech was just that. He, or more appropriately his speechwriters, crafted an elegant and eloquent case for America’s future. However, I’m left with the question: Where’s this Obama the other 364 days of the year? His penchant for rhetoric seems only outdone by his hesitance to use his voice to win over the American people. Nevertheless, no amount of flourish can disguise the fact that this State of the Union inspired, surprised and disappointed.

From the symbolically empty chair to the ubiquitous black and white ribbons, a spirit of bipartisan anguish over the atrocity in Tucson pervaded the House chamber. Certainly the president effectively addressed this tragedy and proved his statesmanship by encouraging unity, not by blaming a political force, but because it is the right thing to do. Yet the most poignant sign of national solidarity was the fact that almost every member of Congress sat by a colleague from the other party. Perhaps it was just a symbol, but it was a powerful one, conveying a commitment to disagreeing without being disagreeable.

President Obama was relentless in tapping into the zeitgeist of the time — co-opting the tea party message without the slightest sense of irony. I counted no fewer than a dozen such shout-outs: praising Speaker John Boehner (R-Ohio) and the 112th Congress; calling for lowered corporate taxes, a five-year spending freeze, less regulation and new free-trade pacts; attacking the deficit and debt; revamping the tax code; and readjusting “Obamacare” being only a few of them. He even got Sen. John McCain (R-Ariz.) to leap out of his chair by promising to veto any earmarked bills. Sadly, talk is cheap. If the president can come through on even just half of these common-sense promises that conservatives have also promoted ceaselessly, our country will stand to gain.

At the same time, much of the speech was a profound disappointment for the millions of Americans who hoped the left would learn from the disastrous mistakes they made these last two years. Obama’s repeated emphasis of “investing in America” sounds good, but may in fact be nothing more than thinly veiled code for a second stimulus package. The original American Recovery and Reinvestment Act wasted billions of dollars, failed miserably in containing unemployment and is a case study in fraud, abuse and government incompetence. The fact that the president thought we should kick the stimulus up a notch betrays his stubborn ignorance over the truth that jobs aren’t created by government, but in spite of it.

Equally disappointing was his denouncement of the 2001 and 2003 tax cuts. You wouldn’t know it by following Obama’s rhetoric of class warfare, but his support for eliminating that tax relief means that a suburban family of five, making $250,000 a year while paying college tuitions and a mortgage, would see their annual tax burden shoot up thousands of dollars. Add that to the fact that such a tax increase would deal a massive blow to 50 percent of all small businesses — the engine of American job growth — and it is clear the president is simply out of touch.

Rep. Paul Ryan (R-Wis.) could not have given a better Republican response, calling out the president for this very brand of hypocrisy. Keeping the Jindal-esque awkwardness to a minimum, Ryan delivered a crisp and compelling message that the GOP is committed to tackling out of control deficits and debt, growing jobs and creating “the conditions that promote entrepreneurship, upward mobility and individual responsibility.” He laid out a persuasive set of positive governing principles and pledged, as chair of the Budget Committee, to begin the grownup work of getting America’s fiscal affairs in order.

Oddly enough, Rep. Michele Bachmann (R-Minn.) felt the need to add to this in an unprecedented response on behalf of the tea party. While her call for “leaner, smarter government” was well taken and powerfully delivered, her recalcitrance was no gift to the Republican caucus.

Tuesday night proved that America will continue to grow and thrive, and that we will ultimately be enriched by robust ideological discourse. Though the president ultimately bummed his signature catch phrase “win the future” from Newt Gingrich’s book “Winning the Future,” I’ll let it slide in the name of renewed civility. It is clear that for all our frustration, disappointment, tears and tribulations, the state of our union will continue to be strong.

Sam Dulik is a sophomore in the School of Foreign Service. He can be reached at [email protected] QUORUM CALL appears every other Friday.

To send a letter to the editor on a recent campus issue or Hoya story or a viewpoint on any topic, contact [email protected]. Letters should not exceed 300 words, and viewpoints should be between 600 to 800 words.