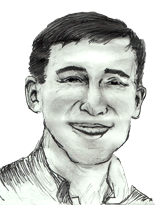 The Democratic Party has increasingly dominated the Hispanic vote in the United States. In doing so, it has propagated a false and destructive narrative that this is because of the Democrats’ unique protection of “Hispanic interests” against threats emanating from the bigoted Republican Party. Such a mindset is not only offensive; it’s dead wrong.

I’ve written before of the importance of the blossoming Hispanic vote. This is truer today than ever, and Hispanics will soon be the fulcrum of our national politics. I’ve also noted the inherent compatibility between Hispanics and the GOP. Both place high premiums on faith, family, economic opportunity, hard work and personal responsibility. Regrettably, acrimonious rhetoric by fringe members of the Republican Party have drowned out this message and taken dangerous liberties in conflating opposition to undocumented immigration with antipathy for Hispanics.

Democrats have gleefully and unscrupulously exploited this phenomenon, making grand guarantees of comprehensive immigration reform — just watch Barack Obama’s speeches in 2008 — while lifting nary a finger to actually follow through, even when they enjoyed complete control of Washington’s policymaking lever between 2009 and 2011. Yet their greatest failure is not consistently cheating their Hispanic “allies,” but rather ignorantly assuming that Hispanics are preoccupied with immigration reform alone.

Republicans recognize that Hispanics care about the same things that all Americans do — safe streets, good schools, low taxes, the growth of jobs, a government that lives within its means. The messenger is not perfect, but the message is this: Hispanics have a home in the GOP, and taking a chance on Mitt Romney is well worth it.

Thus, there was rightful prominence given to the Juntos Con Romney — “Together With Romney” — campaign effort at last week’s Republican National Convention in Tampa. This new wing of the Romney campaign is building bridges to the Hispanic community by elevating the status of the party’s many Hispanic luminaries. This is no hollow effort; some of the convention’s most outstanding speakers happened to affirm the Juntos Con Romney movement: Puerto Rico’s talented governor, Luis Fortuño, and first lady, Lucé Vela, the nation’s first Latina governor , Susana Martínez of New Mexico and the rising star Senator Marco Rubio of Florida. Moreover, the coalition is rich with Republican leaders with surnames such as Sandoval, Cruz, Díaz-Balart, Labrador, Canseco and Herrera.

The Juntos Con Romney campaign doesn’t talk down to Hispanics; it elevates the content and rhetoric of our political exchanges by recognizing that Hispanic voters are diverse, critical thinkers.

While Democrats cast GOP concern for Hispanics as limited to border issues and making English our official language, Juntos Con Romney proves them wrong. According to the U.S. Census Bureau, Hispanics constitute 21.2 percent of unemployed Americans and 30 percent of impoverished Americans. During Obama’s time in office, an additional 2,256,000 Hispanic Americans have sunk into poverty — a shameful statistic that calls into question the validity of President Obama’s claims to be a champion of Hispanic families.

On a purely political level, the Juntos Con Romney operation has the potential to gain ground for the Republican ticket in critical battleground states with sizeable Hispanic numbers: Nevada, New Mexico, Colorado and Florida to be sure, but also in Pennsylvania, Virginia and North Carolina. Romney won’t win the Hispanic vote, but with the help of the Juntos Con Romney effort, he can improve on JohnMcCain’s embarrassing 31 percent of the Hispanic vote four years ago. Keep in mind that President George W. Bush garnered 45 percent of Hispanic voters in 2004, meaning that with the right outreach and enough determination, this critical sector of voters could actually be in play on Nov. 6.

If Juntos Con Romney can effectively communicate to Hispanic voters that Mitt Romney is a family man of deep faith, who has a dogged commitment to creating more and better jobs for all Americans, then we are guaranteed to see a new president next January.