We can’t stand Congress, and to a certain degree, we’re right in our indignation: The Capitol is filled with many small-minded and ineffective politicians. Unfortunately, their incompetence distracts us from the reality that many members of Congress are the ideal products of a representative democracy: citizen legislators who represent the best and the brightest of their districts. I’m convinced that this phenomenon will grow Nov. 6. Today I want to briefly highlight 10 first-time candidates for the House of Representatives — five Democrats and five Republicans — who would be uniquely qualified to be political power players if they make it to the Hill.

Val Demings, the former chief of the Orlando Police Department, is just plain tough. She talks openly about her affinity for firearms and is running compelling advertisements that highlight her accomplishments. As a black Democratic woman running against an incumbent Republican in a conservative-leaning central Florida district, she has surprised many by turning an uphill battle into a real dogfight. Win or lose, keep an eye on Demings’political future.

Ricky Gill, a 25-year-old Republican, could become America’s youngest congressman if he pulls out a win over Rep. Jerry McNerney (D-Calif.) in a new swing district based in Stockton, Calif. Gill, the son of immigrants from India, was a member of the California State Board of Education as a teen and is running a feisty campaign emphasizing his San Joaquin Valley roots against Bay Area residentMcNerney, whose district was shifted dramatically to the east. Gill would be a smart, energetic addition to Capitol Hill.

To the south of that district, freshman Rep. Jeff Denham (R-Calif.) is struggling mightily to hold his Modesto-based seat. His Democratic challenger is Jose Hernandez, whose campaign and life story are extraordinary. Hernandez went from being the son of migrant farmworkers to a NASA astronaut who flew on the shuttle Discovery in 2009. He is challenging the well-funded Denham in a battleground district made more competitive thanks to California’s nonpartisan redistricting process. If Hernandez can topple the incumbent, he will be an authoritative voice on science, technology and agricultural issues in the House.

From Utah’s new 4th District, Mia Love has become a national rock star. Her biography is something of an enigma: Love is the daughter of Haitian immigrants and a young Mormon woman who happens to be a conservative Republican. If she defeats moderate incumbent Rep. Jim Matheson (D-Utah), she would become the first black Republican woman in Congress. Aside from the superficialities of her biography, Love is an impressive candidate who is smart as a whip and highly telegenic. If she knocks off Matheson, as recent polls have predicted, she will instantly become a national GOP superstar.

Young, bright and a Georgetown alumnus to boot, New York Assemblyman Hakeem Jeffries (GRD ’94) will likely waltz into the 8th District seat vacated by the retiring Rep. Edolphus Towns (D-N.Y.). This heavily black and Democratic Brooklyn district has suffered from Towns’ stale and ineffective leadership, recently evidenced by his endorsement of city councilmember Charles Barron — an anti-Semitic, ex-Black Panther radical — in the primary against Jeffries this summer. Thankfully, Jeffries trounced Barron and will make a superb congressman come January.

Arguably the most exciting House race in the country is occurring in the 6th District of Massachusetts, home to the North Shore and Cape Ann. Incumbent Rep. John Tierney (D-Mass.) is embroiled in a massive corruption scandal due to his wife’s family’s illegal gambling racket. More offensive is Tierney’s out-of-touch partisan acrimony in a relatively moderate district. Tierney is a weak and embarrassing congressman who will hopefully be replaced by Republican Richard Tisei, a former state senator who is young, personable, socially liberal and openly gay. Massachusetts last elected a Republican U.S. Representative in 1996, but by following the Scott Brown model, Tisei is poised to break that trend and

In a long-overdue retirement, Rep. Dan Burton (R-Ind.) has finally vacated his 5th District seat in the suburbs north of Indianapolis. The erratic and controversial Burton should be replaced by a polished, accomplished and sensible Republican, Susan Brooks, the former U.S. Attorney for the Southern District of Indiana. Brooks edged out bigger-name opponents in a nasty GOP primary with the help of her former U.S. Attorney colleague, Gov. Chris Christie (R-N.J.). In Congress, Brooks will be a pragmatic conservative who will do Indiana proud.

The 12th District of Illinois is a tossup in the deep south of the state, which contains the eastern suburbs of St. Louis. With the retirement of longtime Rep. Jerry Costello (D-Ill.), Democrats could hold the seat with their impressive nominee, former Adjutant General Bill Enyart, who headed the Illinois National Guard. Enyart’s outstanding record of service and political moderation make him a slight favorite over his young opponent, Jason Plummer, who narrowly lost a race for lieutenant governor in 2010.

Finally, the 2010 Census results granted Arizona a new congressional district, which lies to the east of Phoenix and includes Tempe and Mesa. Democrat Kyrsten Sinema, a former state senator, is seeking to become the first openly bisexual member of Congress, but her staunch left-wing views are ill-suited to this moderate district. Voters will be better served by Republican Vernon Parker (LAW ’88), the former mayor of suburban Paradise Valley. Parker is an African-American alumnus of Georgetown Law and served with distinction in the administrations of both Bush presidencies. He was recently selected by House Speaker John Boehner (R-Ohio) to deliver the GOP Weekly Address on YouTube and was an eloquent and likeable spokesman for the party.

Not all of these 10 candidates have locks on their congressional seats, and many might fall short in their bids. Some are moderates, while others hug the ideological flanks of their party. That said, each is smart and dedicated and would make a terrific addition to a Congress yearning for new blood and fresh ideas. Don’t forget to track their progress on election night. 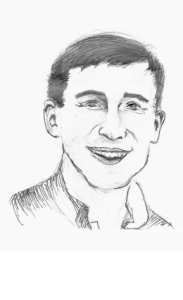 be an important voice for compromise and cooperation in Washington.

The 2nd District of Hawaii encompasses the entirety of the state outside of the Honolulu metro area and will likely send Democrat Tulsi Gabbard to Congress in a few weeks. Gabbard would be a congresswoman the entire country could take pride in: A former state representative and Honolulucouncilmember, the 31-year-old Gabbard is a Company Commander in the Hawaii Army National Guard and has been deployed to Iraq and Kuwait. Though running in a very liberal district, Gabbard is surprisingly moderate — her father has served as a conservative Democrat and a Republican in the Hawaii Senate. With those credentials and that mindset, Gabbard is really going places.