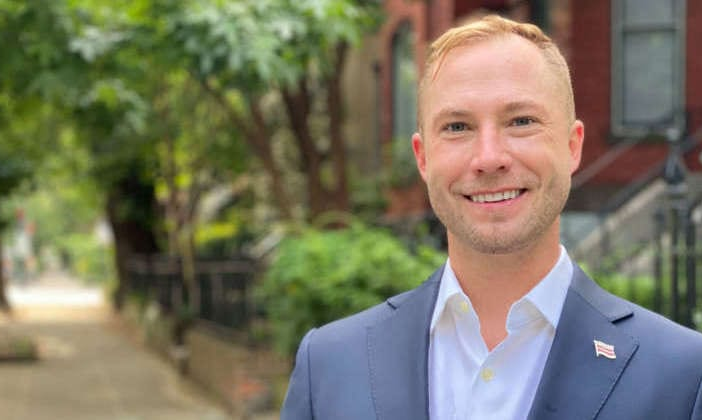 Dupont Circle Advisory Neighborhood Commissioner Randy Downs (I) has qualified to run for the Ward 2 seat on the District of Columbia Council, challenging sitting Councilmember Brooke Pinto (D) (LAW ’17) in the Nov. 3 election.

Downs announced his candidacy July 22, following packed primary and special elections for the seat. Since he was elected to Advisory Neighborhood Commission 2B in 2016, Downs has focused on LGBTQ advocacy and sustainability. Downs has also called for Pinto to participate in Washington, D.C.’s Fair Elections Program, which gives matching funds to candidates who agree to contribution limits, after a campaign finance complaint filed against Pinto on June 12 by local attorney Lauren Wolfe alleged that she failed to report a large donor contribution.

Pinto won the Ward 2 council seat in a special election June 16 after former Councilmember Jack Evans (D) vacated the seat amid an ethics scandal during which his own colleagues on the D.C. Council called for his resignation.

The COVID-19 pandemic and Black Lives Matter protests motivated Downs to join the race, according to Downs, who supported runner-up Patrick Kennedy in the June 2 primary.

“During the primary, it was a different time back then, before COVID and before a lot of the Black Lives Matter movements,” Downs said in an interview with The Hoya. “After the election in June, I saw that there was a need for folks to step up and lead — someone who has a progressive, forward-thinking vision, someone who has a record on addressing COVID and supporting residents and businesses in recovering.”

In the interview, Downs said recent cuts to the Metropolitan Police Department’s budget approved by the Council are a positive move, but more must be done to reform policing.

“In terms of D.C. Council, I think we’ve heard strong and clear that the communities are being overpoliced, and we can better be using our resources to support the communities, whether that’s crime intervention, whether that’s mental health services, whether that’s investing in jobs for trans folks,” Downs said. “The police handle major crimes, but they shouldn’t be called for small nuisances or incidents where a social worker should be taking charge.”

Georgetown University and The George Washington University have opted to continue remote learning for all students into the fall academic semester. The absence of students from Ward 2’s universities will affect local businesses and residents, according to Downs.

“The students of Georgetown and GW are an integral part of our community. It’s always great when classes start back in session, because it brings so many people, so much vitality and energy to our neighborhoods,” Downs said. “I absolutely understand the reasoning and support the safety measures while we deal with this global pandemic, but I think places like Duke’s Grocery downtown in GW, I think they’re going to miss all the students.”

Reaching to these local residents during the pandemic requires new strategies, according to Downs, who is hoping prior relationships forged with residents make up for a lack of face-to-face interactions with voters.

“The number one goal here is to keep people safe, so we’re campaigning with practicing social distancing, low contact with voters in terms of physical contact, calling, texting, emailing and word of mouth,” Downs said. “What I’m really leaning on is my history and commitment to the residents and my community. I think my track record, my experience, is really going to lend itself to connecting with voters. Many of the residents already know me and they know my character, what I’ve accomplished, so we’ll be leaning on that a lot.”