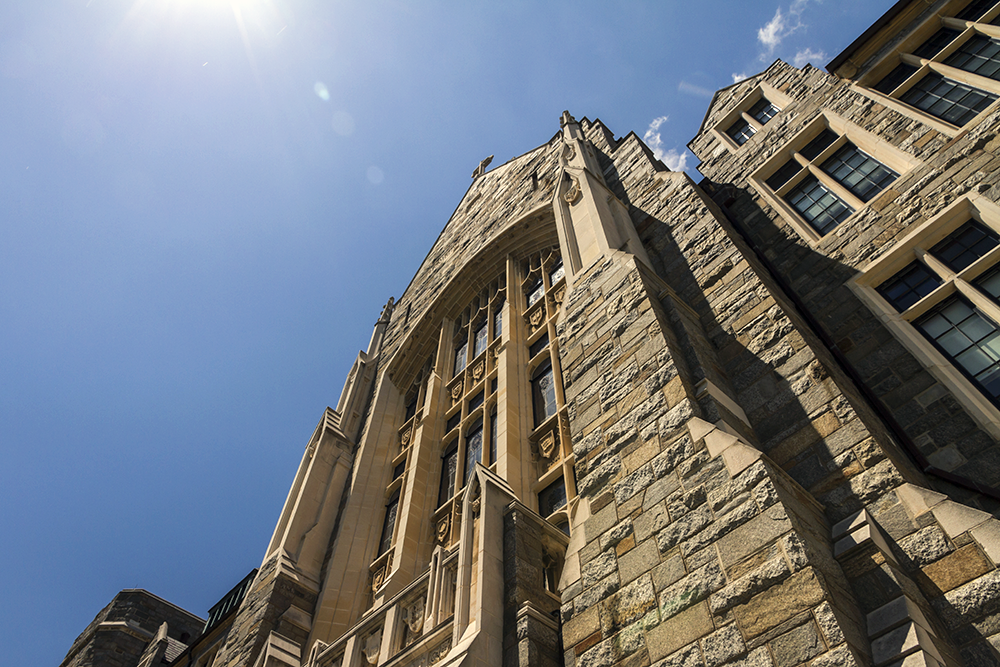 Georgetown University welcomed 13 percent of its early action applicants, a slightly smaller proportion than last year, into the Class of 2019 this past week.

The university sent out acceptance letters on Friday to 907 of the 6,840 applications, down from the 14 percent early action acceptance rate for the Class of 2018.

“Over the next few nights, admissions ambassadors — students — will be making phone calls to students to congratulate, and we’ll begin the process of hopefully winning them for Georgetown,” Dean of Undergraduate Admissions Charles Deacon said.

Deacon said that the admissions committee reserved more space than usual for regular decision applicants, whose submissions are due Jan. 10. The admissions office expects approximately 500 of the admitted early action students to enroll at Georgetown by the May 1 deadline, comprising a little less than one-third of the Class of 2019.

“The admissions committees chose to accept fewer this time around even though the pool was the same, largely because there is this idea that we want to make sure we have enough room for the good candidates in April,” Deacon said. “Nationally, that’s going the other direction, where places like [the University of Pennsylvania] are taking 56 percent of their class early. … There’s a tendency of colleges to lock in early decision candidates.”

Deacon also explained that Georgetown generally limits the number of early acceptances because the pool for early admissions includes more students with privileged access to application resources than the regular decision pool.

“Early tends to favor the advantaged. Fewer minorities apply early, fewer first-generation kids apply early, fewer kids from the center of the country apply early. So the idea is when you take a lot of early [applications], you’re favoring people who are ahead of the game,” he said.

Applicants were accepted from 49 states, missing only North Dakota. Deacon said “a couple” of students from the state had applied but expected more in the regular decision period.

Georgetown College, which saw 3,854 applications, over a hundred more than last year, accepted 459 students, an acceptance rate of 12 percent. The other three undergraduate schools each featured acceptance rates of 15 percent. The Walsh School of Foreign Service admitted 209 of 1,360 applicants, the McDonough School of Business accepted 173 of 1,193 and the School of Nursing and Health Studies welcomed 66 of 433. Deacon expected the overall acceptance rate after the regular decision period to stabilize around 16 to 17 percent.

Despite a declining high school graduate population, Georgetown maintained its level of early action applications, seeing a small increase from the previous year. Deacon said that since the university does not use the Common Application, the stability was encouraging and would allow the admissions committee not to worry about yield rates when making their decisions.

“We have resisted doing the Common Application, partly because we want to know more about you as a Georgetown applicant. This hasn’t had a negative impact on our pool,” Deacon said. “We get people who actually have us in their top four or five choices, so our yield’s pretty good. We don’t deny people because we think they’re not going to come. We take the best people, and we get about half.”

All early action applicants that were not accepted are automatically deferred to the regular decision pool and will learn their final fates in March.