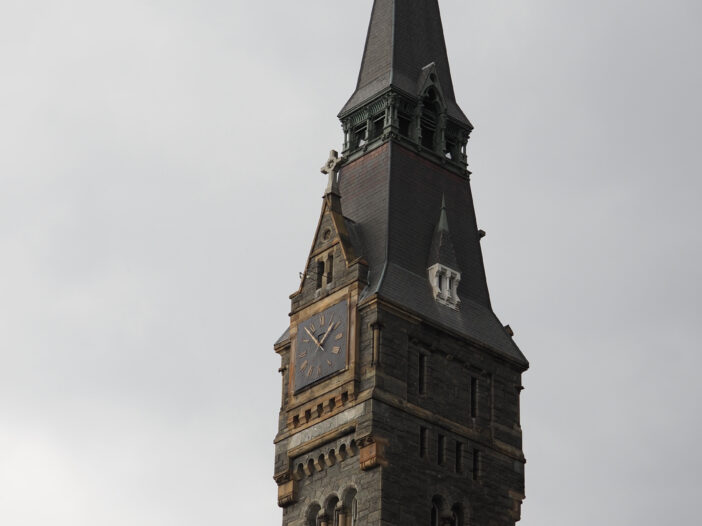 Georgetown University professor of Japanese history Jordan Sand was named a 2022 Guggenheim Fellow, which will provide for the opportunity to have the time and money to finish a book about Japanese history.

The John Simon Guggenheim Memorial Foundation awards grants to around 175 recipients each year and provides funds to support each Fellow’s individual work. The 180 Guggenheim Fellows chosen for 2022, including  Sand, who teaches courses like “History of Modern Japan” and “Modern Cities and Urbanism,” received news of their acceptance April 7 and are part of the Guggenheim Foundation’s 97th annual fellowship cohort.

Being named a Guggenheim Fellow gives scholars the opportunity to expand their research, ultimately enriching scholarship as a whole, according to Edward Hirsch, president of the Guggenheim Foundation, in an April 7 press release.

“The work supported by the Foundation will aid in our collective effort to better understand the new world we’re in, where we’ve come from, and where we’re going. It is an honor for the Foundation to help the Fellows carry out their visionary work,” Hirsch said in the press release.

This award will give Sand the necessary time to continue with his scholarship and writing related to Japanese history.

“I applied for the grant to have some time to finish writing a book about Ise, site of Japan’s most important Shinto shrines, historically connected to Japan’s imperial family,” Sand wrote to The Hoya. “I have been working on the project for a while and am getting close to completing the manuscript. I plan to publish a book in Japanese and another in English.”

Sand’s previous book, published in 2013 and titled “Tokyo Vernacular: Common Spaces, Local Histories, Found Objects,” explores the intersection of history and modernity in Tokyo’s urbanization process, highlighting the research that occurred in the 1970s and the unconventional historical landmarks that emerged as a result.

His new work, which he now has more time and funds to pursue because of the Guggenheim Foundation, will be about how Japanese history and infrastructure intersect, according to Sand.

“One theme I have focused on is how societies have coped historically with the impermanence of the material world, particularly buildings and monuments,” Sand wrote. “This project relates to that issue because the Ise shrines are torn down and rebuilt from scratch every twenty years. They have been doing it for about 1,300 years. My project examines why they do that and how they have kept it going for so long.”

The Guggenheim Foundation chose the 180 recipients from almost 2,500 applicants made up of scientists, scholars, writers and artists from 51 different fields of study.

Bryan McCann, chair of the history department, said that Sand brings a valuable perspective to East Asian culture and is deserving of being a Guggenheim Fellow.

“Professor Sand is a leading scholar of the cultural history of Japan, and it is wonderful to see his accomplishments recognized and his ongoing research supported,” McCann wrote in an email to The Hoya. “His work is a reminder of the richness of cultural history and its implications for broader understanding.”

Sand’s research focuses on the history of architecture, material culture and everyday life. The scope of Sand’s research extends from the urban experience in Tokyo to the rise of metropolises globally. Sand often highlights how individuals and their communities adapt to these new physical spaces.

As urbanization continues to grow across East Asia, Philip Kafalas, professor in the department of East Asian Languages and Cultures, said that Sand’s research in the area will become more significant for scholarship.

“Professor Sand’s work helps us understand the world we feel emerging around us, so I can well understand why the Guggenheim selectors would reward its potential,” Kafalas wrote in an email to The Hoya. “I notice that he is the only awardee under the category of ‘East Asian Studies’ this year, and I am not aware that anyone else in the Department of East Asian Languages and Cultures has been a Guggenheim Fellow since I have been here, so it is quite an achievement.”

Being named a Guggenheim Fellow will allow for financial flexibility to pursue academic projects while temporarily pausing his work as a professor, Sand said.

“The grant is intended to keep me afloat while I take leave from teaching,” Sand said. “Funds are not targeted, unlike people in the sciences, most of us in the humanities don’t need special equipment. We just need time in the archive or the library and at our desks writing.”